Navy SEAL awarded Medal of Honor for actions in Afghanistan

WASHINGTON (AP) – President Donald Trump has awarded the Medal of Honor to a Navy SEAL who oversaw a daring assault and rescue mission on a snowy Afghanistan mountaintop in 2002.

Trump says Slabinski is a "special man" and a "truly brave person." 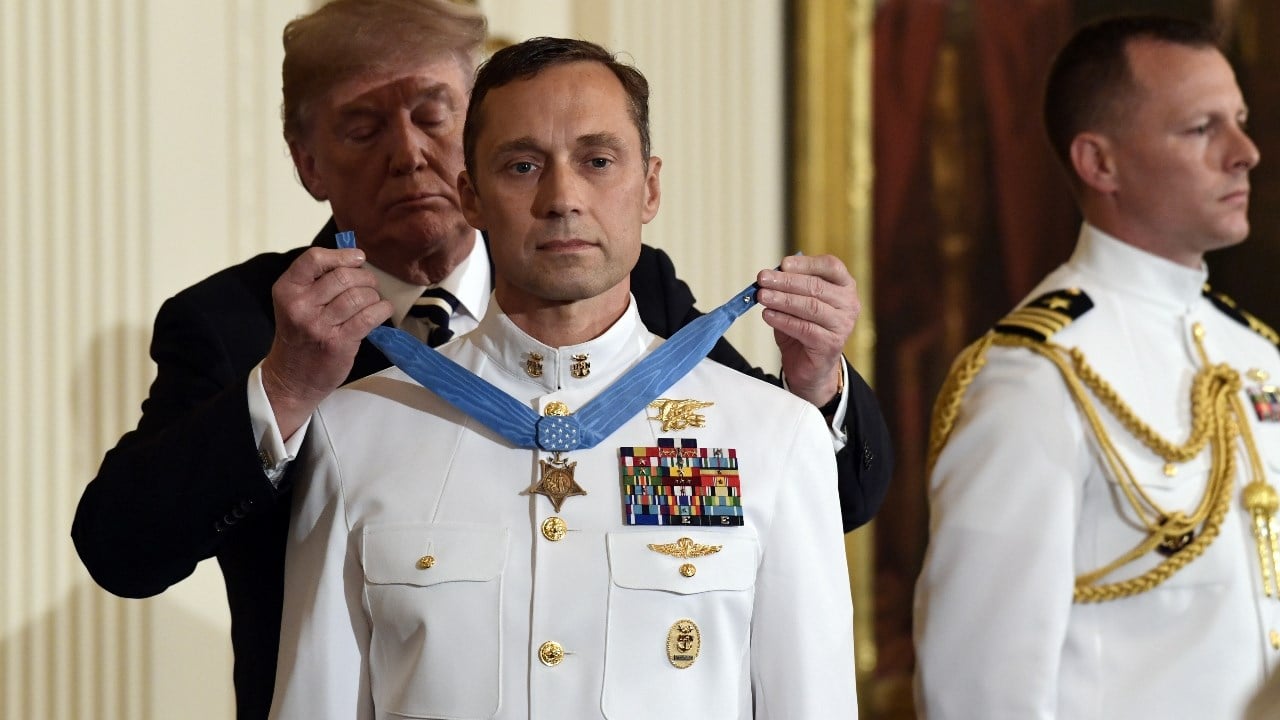 During the following 14 hours, Slabinski stabilized casualties on his team and continued to fight al-Qaida until the mountaintop was secured.

To learn more about Medal of Honor recipients, visit pueblohomeofheroes.org