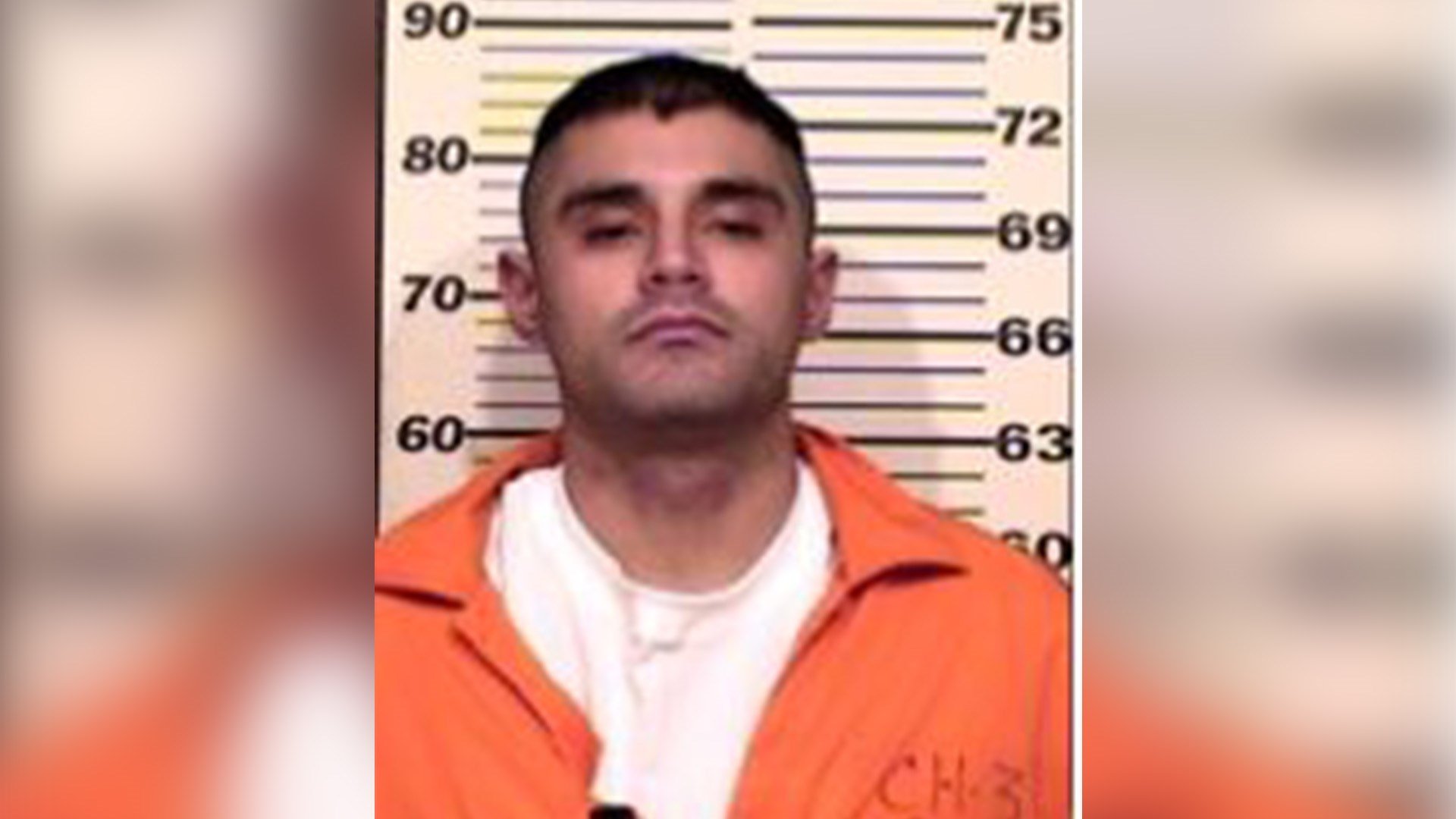 (Authorities say offenders is last known to have a full goatee)

An inmate escaped from the Colorado Correctional Center in Golden Tuesday morning.

27-year-old Sean Garcia climbed the perimeter fence at the facility after 8 a.m. Tuesday, according to a release. The Colorado Department of Corrections and local law enforcement agencies were notified of his escape.

Garcia is serving time for weapons, theft, and public peace charges out of Rio Blanco County. He is described as a Hispanic male, 6’3", 170 pounds, brown hair, brown eyes, with tattoos on both arms, last seen wearing a green shirt, white undershirt, green pants and black boots.

The Department of Corrections said Garcia was eligible for parole as of January 14, 2018 and had a mandatory release date on September 2. No further details can be released at this time as this is an active investigation.

Authorities say he is considered dangerous.

Anyone with information on his whereabouts is asked to call the Colorado Department of Corrections Fugitive Tips Line at (866) 873-6305, the command center at (719) 226-4001 or local law enforcement.