According to the sheriff’s office, this was made possible through funding from the Board of County Commissioners and a U.S. Department of Justice grant allowing Sheriff Kirk M. Taylor to purchase 82 body cameras from Axon Enterprises, Inc.

For Deputy Brad Riccillo, this is a sign of the times.

"I couldn’t have ever imagined a time that when I started 15 years ago, that the Sheriff would come to me and say I’m going to give you a camera and I would like you to wear it every single day," Dep. Riccillo said.

He’s one of 82 deputies now equipped with a body camera. All detectives and patrol deputies, including school resource officers, and those stationed at CSU-Pueblo now have body cameras.

The Pueblo County Sheriff’s Office has 82 new body cameras for all deputies on patrol, SRO’s and deputies at CSU Pueblo. We’ll explain why the sheriff wanted to adopt the new technology tonight at 6 on @KOAA pic.twitter.com/NL7uM34qJs

"I think it changes the way citizens talk to me, I’ve noticed that the citizens and the people I come into contact with, one of the first things they used to look at was my badge and then my nametag but now they look straight at the body cam," he said.

Right now, some of their video is being used to investigate a deadly officer-involved shooting from over the weekend.

Bureau Chief David Lucero tells News 5 video from the past few weeks has also already been used to debunk two complaints against their deputies.

"This is a technology that frankly the public demands anymore, contemporary law enforcement agencies have this type of technology and we’re just excited that we’re able to get this out to our deputies," Lucero said.

Pueblo County Commissioners agreed to pay for just over $250,000 for the cameras and on Monday, they accepted a $212,000 grant from the Department of Justice to help cover the costs.

"Both the community and the sheriff’s office are excited to have this added tool, this extra set of eyes out there on the streets to help us do our due diligence to make sure that everybody’s safe," Garrison Ortiz, a Pueblo County Commissioner said.

All patrol deputies and detectives participated in a week-long training in April before being issued the body cameras. The sheriff’s office said the cameras have been in use since mid-April and will allow all those in use to record contact with the public.

"Technology is a critical part of police work today and body cameras are a growing technological trend. They are a very useful and valuable tool in the investigative process," said Sheriff Kirk M. Taylor. "We’ve been looking at this project for some time but didn’t have the funding to do it until now. We’re excited to now have this technology at the Pueblo County Sheriff’s Office."

Each camera has an approximate 12-hour battery life and can store up to three days of video. According to a release, Axon Enterprises also provided the sheriff’s office with 82 new tasers, as they are synced with the cameras and will turn on when the taser is on.

This is the same technology the Pueblo Police Department implemented back in January of 2015. 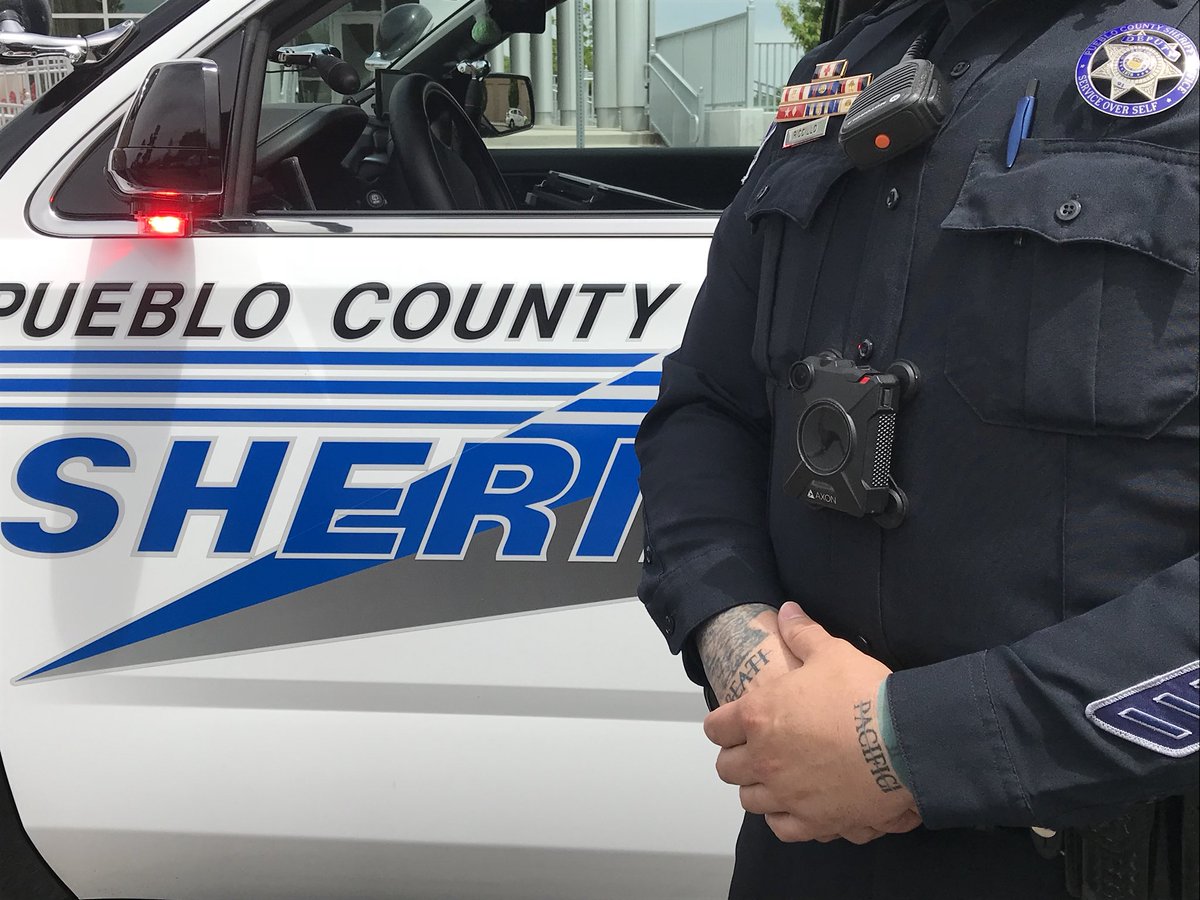