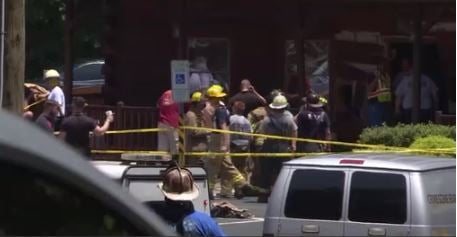 Authorities say a man intentionally drove his car into a North Carolina restaurant, killing his daughter and another person and injuring several others.

The Bessemer City Police Department said in a news release that preliminary evidence indicated that the man purposely drove his vehicle into the Surf and Turf Lodge about noon Sunday.

Killed was 26-year-old Katelyn Tyler Self, the daughter of the driver and a Gaston County Sheriff’s Office deputy. Authorities haven’t released the name of the second person who died.

Police say Roger Self has been arrested. The Gaston Gazette identified him as a businessman from Dallas, North Carolina.

Bessemer City is located about 30 miles (50 kilometers) west of Charlotte.