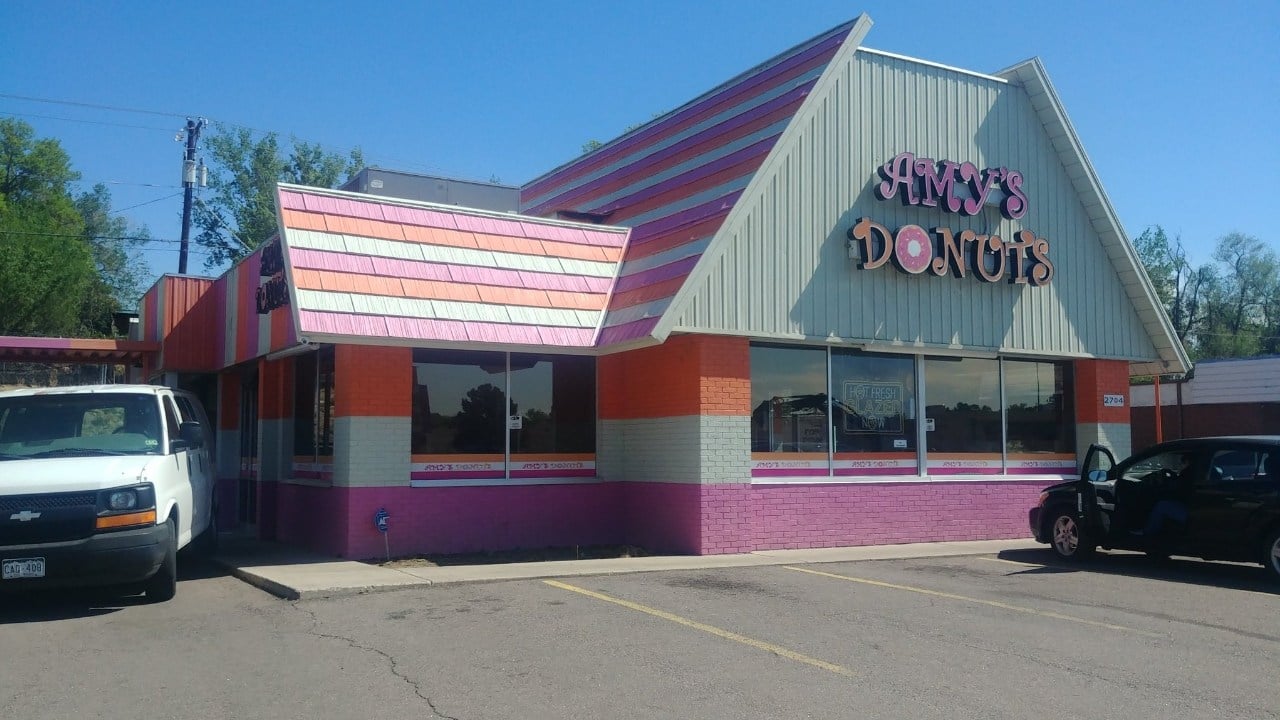 A Colorado Springs donut shop employee is in the hospital after an overnight robbery. As a result, Amy’s Donuts will remain closed until Sunday.

According to police, when they arrived on scene they did not know if the suspects were still inside and had to break open the door. While getting the glass door open, several officer received minor injuries.

Police reported that while the robbery was taking place, one suspect believed an employee was taking too long to open the register and struck the employee in the head with a gun. The gun went off and the employee was injured, but no one was struck by the bullet.

Police said the two suspects were described as Hispanic males. One was said to be 5’3", and the other 6′. Both suspects were wearing bandannas and hoodies pulled over their head.

Police are continuing to investigate the incident, as the suspects are still at large.

Popular Springs doughnut shop closed until Sunday after violent robbery where an employee is hurt. pic.twitter.com/r3P40KrAyx