On Monday, Air Force leaders announced that the service will move to a single combat utility uniform.

The new uniform will adopt the Operational Camouflage Pattern (OCP) already in use by the Army and Airmen in combat zones and in certain jobs across the Air Force.

These initial locations will allow uniform manufacturers to produce additional stocks for other locations, eventually outfitting the total force in the coming months.

Air Force officials said the decision to transition to the OCP came after receiving feed back from Airmen who said that it is the best, battle-tested utility uniform available. It will also eliminate the need to maintain two separate uniforms – one for in-garrison and one for deployments – and it is a visible reminder of the service’s identity as a joint warfighting force.

The Air Force said the service will fully transition to the Operational Camouflage Pattern by April 1, 2021. 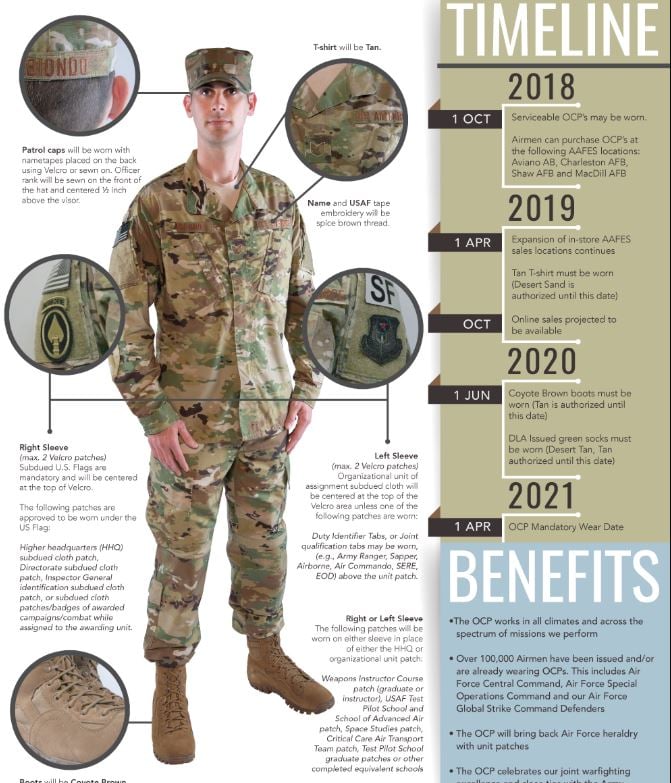