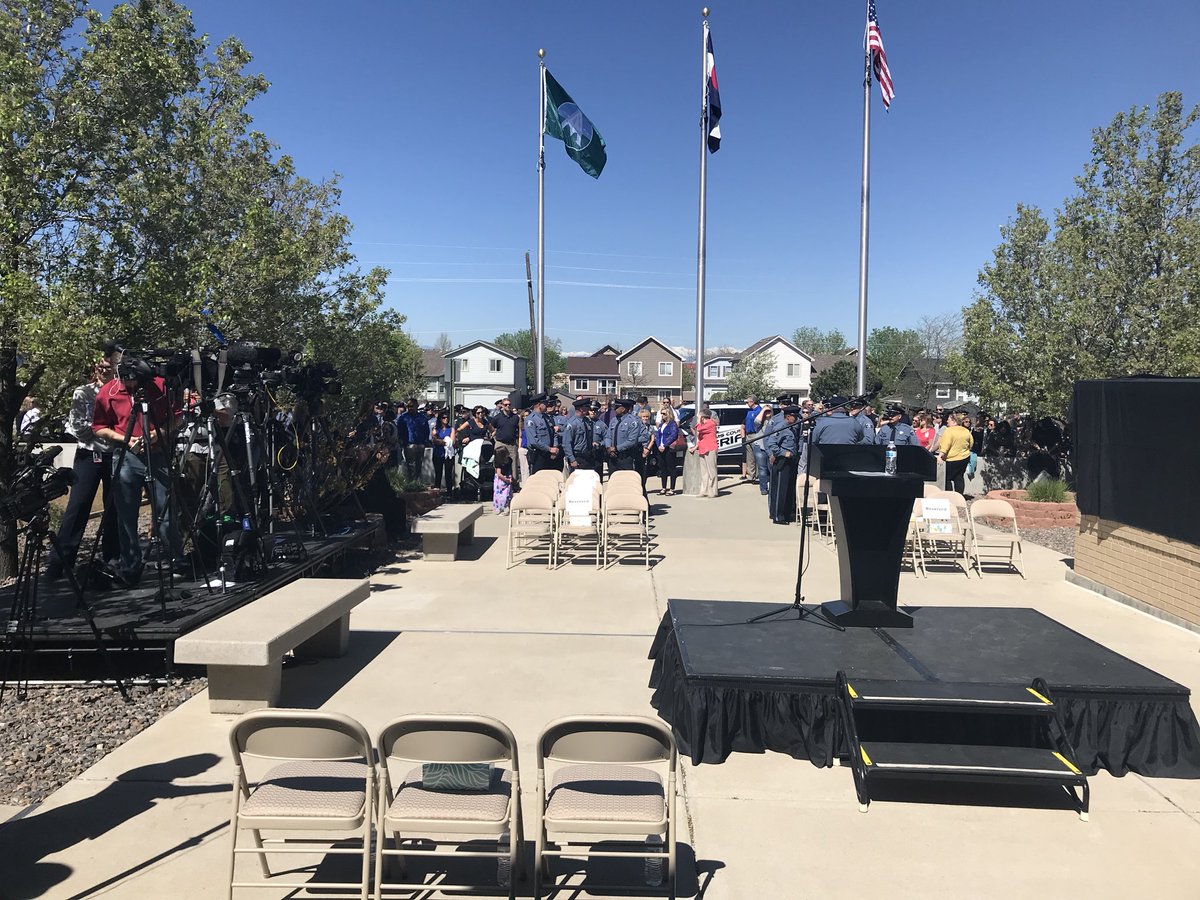 Adams County Deputy Heath Gumm, who was killed in the line of duty, has been added to the fallen officer memorial Tuesday.

The Adam’s County Sheriff’s Office held a ceremony in honor of adding Deputy Gumm’s name to the Dale R. McLaughlin Memorial at the Sheriff’s Office Headquarters Tuesday afternoon. Many fellow officers and people in the community came out to show support during the unveiling.

We would like to thank everyone who attended Deputy Gumm’s name unveiling. It was truly a special day to remember our brother. pic.twitter.com/X023iQrmzh

The 32-year old deputy was shot and killed in Thornton on January 25 in the neighborhood of 88th Avenue and Washington Street. The sheriff’s office said deputies were responding to an assault call when the suspect reportedly ran away and fired shots at deputies.

This was the first line of duty death for the Adams County Sheriff’s Office in 30 years.

The names of past fallen deputies and a formal wreath presentation were also included in Tuesday’s ceremony.