Southwest Flight 957 from Chicago to Newark, New Jersey, made an unplanned landing Wednesday in Cleveland, Ohio, after a report of an issue with an aircraft window, Federal Aviation Administration spokeswoman Elizabeth Cory told CNN. 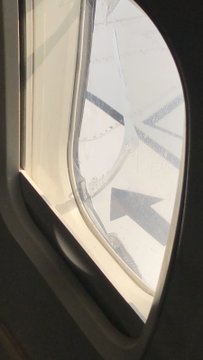 In a statement, Southwest said: