May Marks The Start Of Severe Weather Season In Colorado

May is essentially considered the start of severe weather season for Colorado. Hail and strong winds are some of the biggest severe weather drivers across southern Colorado. Tornadoes can and do occur across Colorado, but they are far less common compared to hail storms due to the limited moisture our state provides. The charts generated below show the number of issued Severe Thunderstorm Warnings in each month over the last several years as well as the most common time of day for the warnings to be issued. 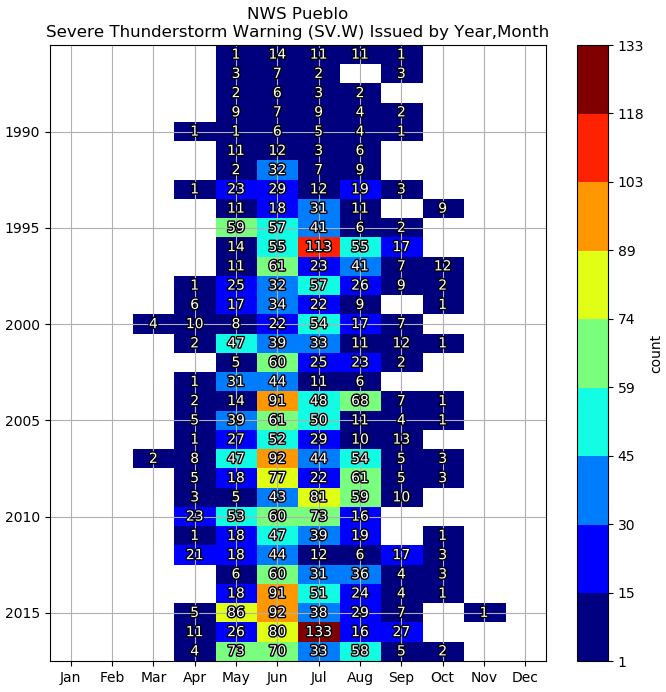 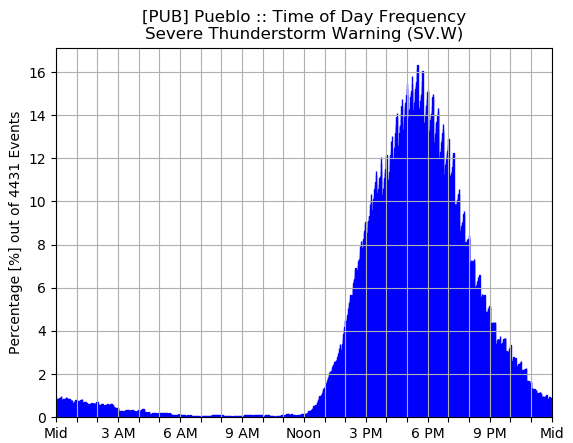 This chart shows the most common time of day when severe thunderstorms are expected. Often during monsoon season we’ll see storms roll down the mountains between 1 to 4pm but for the stronger, severe storms that typically generate a warning, the most common occurrence is 5 to 6pm after more heat has been built into the day.