An officer with the Texarkana Texas Police Department responded to reports of a vicious dog, but when he arrived he was pleasantly surprised.

Officer Travis Frost responded to the reports over the weekend and found the dog laying on a front porch. He said he left the door of his patrol car open in case the dog came after him and quickly needed to jump back in the car.

Officer Frost said after whistling at the dog, he came over wagging his tail, so he pet him. Then the dog, later identified as Gold, jumped into the front seat of the police car and made himself comfortable.

The two hung out in the car together and snapped a few photos while waiting for an Animal Control Officer to arrive. 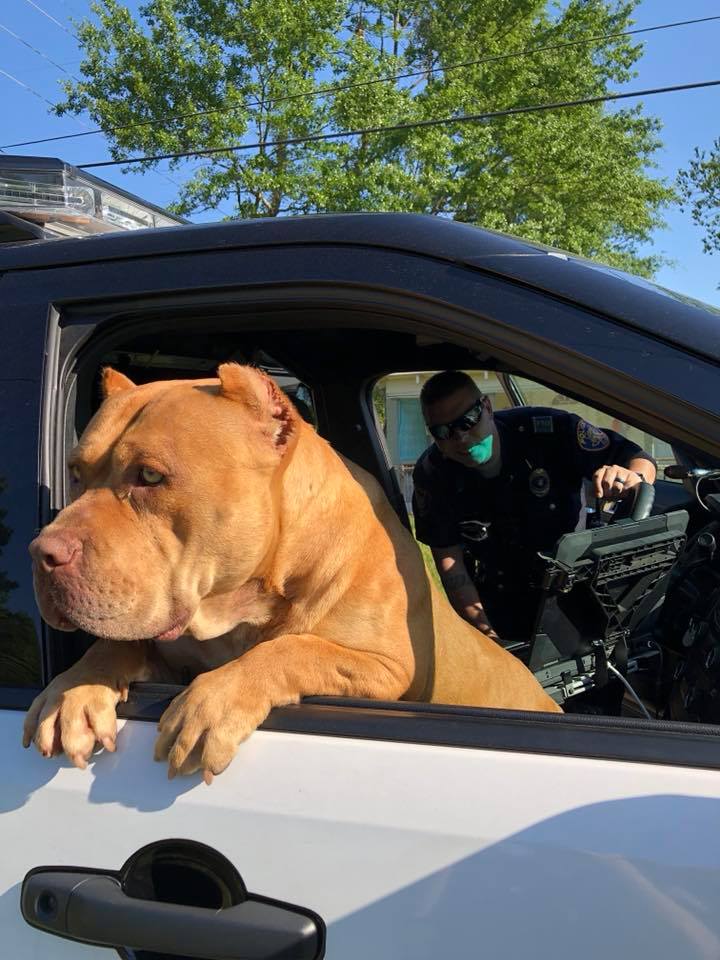 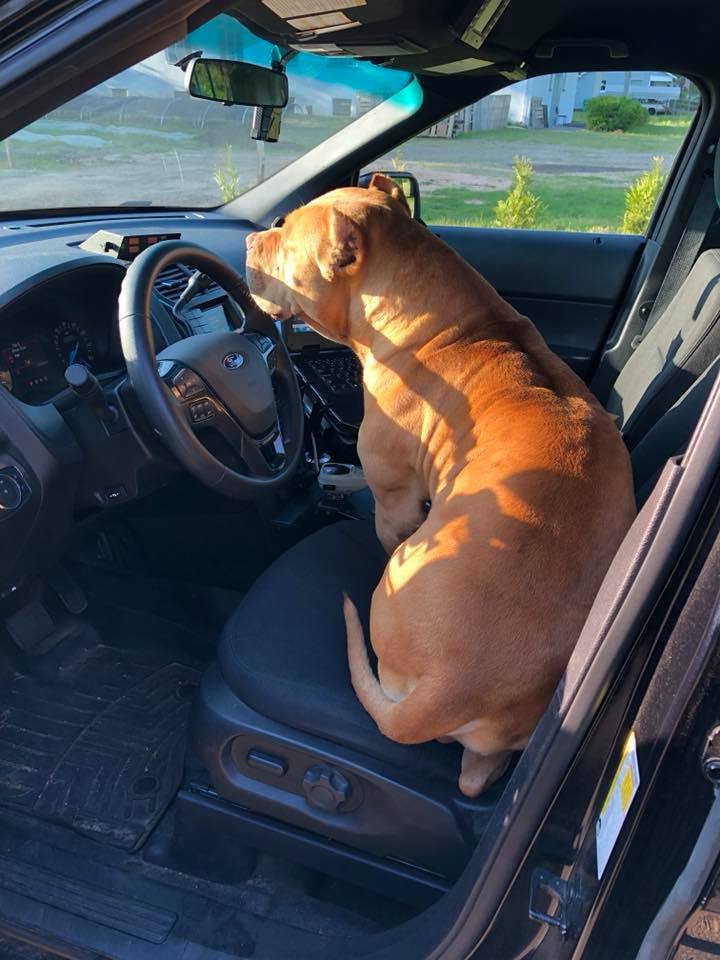 Luckily, Gold was picked up Monday morning by his owner at the Animal Care and Adoption Center in Texarkana. Police said Gold had a chip but the information on the owner was not current, so Gold had to spend the night.

Officer Frost originally posted to the department’s Facebook page that the dog was a pit bull and that although people should be careful around all dogs, they shouldn’t automatically assume pit bulls are bad dogs.

He corrected the post when it was brought to his attention that Gold is an American Bulldog.