One Dallas police officer is dead after shooting at Home Depot 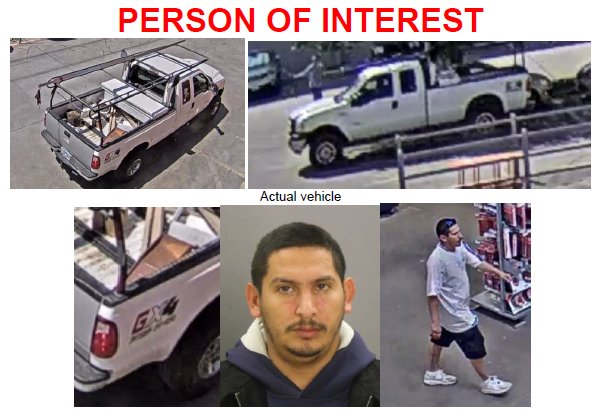 The Latest on the shooting of two police officers and an employee of a home improvement store in Dallas (all times local):

The mayor of Dallas says a police officer has died a day after a shooting that also wounded another officer and a home improvement store employee.

Mayor Mike Rawlings announced at a city council meeting Wednesday that officer Rogelio Santander succumbed to his wounds at a Dallas hospital. Santander had been with the police force for three years.

Another officer, Crystal Almeida, is in critical condition, as is a loss-prevention officer for Home Depot who also was shot Tuesday.

Authorities have identified the suspected gunman as 29-year-old Armando Juarez, who was apprehended hours later following a police chase.

Juarez is being held at the Dallas County jail on a bond in excess of $1 million. The charges against him include aggravated assault on a public servant.

Relatives of a man accused of shooting and critically wounding two Dallas police officers and a Home Depot employee say they can’t believe he would be involved in such violence.

Ruben Juarez, the father of suspected gunman Armando Juarez, told The Dallas Morning News, "there’s no way … (he) could’ve done this," and that he doesn’t think his son even owns a gun.

Armando Juarez’s grandmother, Janie Longoria, told reporters Tuesday that her grandson is a "sweet, lovable person," but that his friends are a bad influence.

The 29-year-old Juarez was apprehended following the shooting and a police chase Tuesday. He is charged with two counts of aggravated assault on a public servant.

He was arrested in January after authorities say he was found in a stolen vehicle. He also pleaded guilty to a drug-possession charge.

Authorities say two Dallas police officers are in critical condition, with one described as "gravely ill," a day after they were shot while trying to remove a man from a home improvement store.

Police officials said in a statement that a Home Depot employee is also in critical condition following the Tuesday afternoon shooting.

Mata says "it’s going to be a tough day today."

Authorities say suspect Armando Juarez will be charged with two counts of aggravated assault on a public servant in the shooting. He was apprehended following a police chase late Tuesday.

Authorities say two Dallas police officers were escorting a man from a home improvement store when he shot them and a store employee.

The shooting occurred Tuesday at a Home Depot in northern Dallas. Police Chief U. Renee Hall says the two officers and the store loss-prevention officer underwent surgery for their injuries.

She did not provide further details but asked for continued prayers for their recovery.

Police have arrested 29-year-old Armando Luis Juarez on charges of aggravated assault on a police officer and felony theft. He was taken into custody following a car chase hours after the afternoon shooting.

The two police officers were called to the store to help an off-duty officer with removing the man from the store.