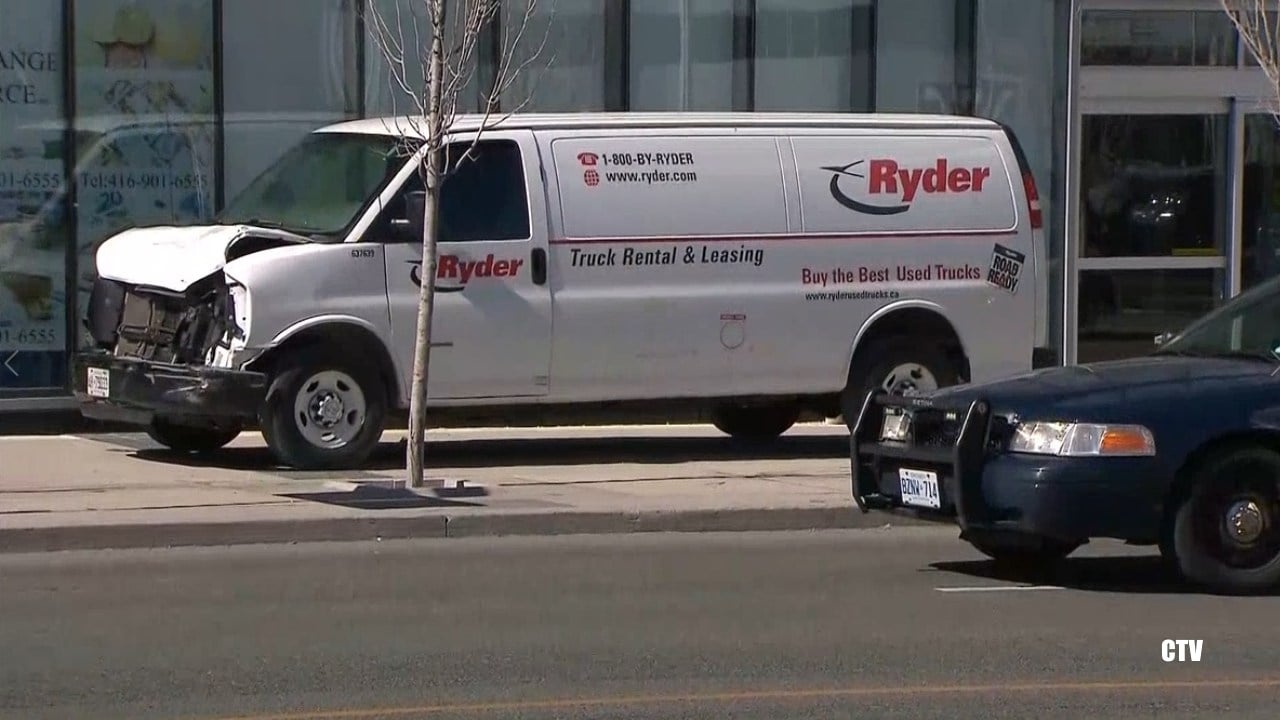 TORONTO (AP) – The Latest on the incident in which a van plowed down a Toronto sidewalk, killing and injuring several people (all times local):

A judge in Canada has ordered the 25-year-old man suspected of plowing a van into pedestrians in north Toronto detained on 10 counts of first-degree murder and 13 of attempted murder.

Suspect Alek Minassian learned of the charges in a brief initial hearing before a judge in Toronto on Tuesday.

Minassian wore a white jail jumpsuit and had his hands handcuffed. He showed little emotion.

He was asked to say his name and if he understood an order not to have any contact with anyone injured in Monday’s crash scene on a busy sidewalk.

He did not enter a plea to the charges and was ordered to return to court on May 10.

The president of Invesco Canada says one of the financial company’s employees was among those killed in when a van plowed into pedestrians in Toronto.

Peter Intraligi says the company’s "thoughts and prayers" were with "all those impacted by this tragic event."

The company had earlier issued a statement saying two of its employees were affected.

A new statement from Intraligi says "I can now confirm that unfortunately one of our employees has succumbed to her injuries." He added: "Out of respect for her and her family, we will not be providing any further comments."

Police are trying to determine why a driver plowed a rented van along a crowded sidewalk in Toronto, killing 10 people and injuring 15 in what many said seemed a deliberate attack.

Trudeau says the incident "hasn’t changed the overall threat level in Canada," though it occurred as Cabinet ministers from the G7 nations are meeting in Toronto.

Trudeau says Canada will do whatever it can to keep its citizens safe, while staying true to its values.

Speaking at a news conference Tuesday, he said, "We cannot as Canadians choose to live in fear every single day as we go about our daily business."

Police are trying to determine why a driver plowed a rented van along a crowded sidewalk in Toronto, killing 10 people and injuring 15 in what many said seemed a deliberate attack.