King Soopers parent company Kroger announced it is transitioning ownership of most convenience stores, which means loyalty members will no longer be able to earn fuel points at transition locations.

According to King Soopers, the stores will include Kwik Shop, Loaf N’ Jug, Quick Stop Markets, Turkey Hill and Tom Thumb. The company says loyalty members can still redeem fuel points at transitioning stores, but will not longer be able to earn points using a Shopper’s Card.

Some perks in being part of the loyalty program like the food and beverage club will also expire on April 25. Kroger says accumulated rewards can however be redeemed through May.

A small number of stores will be retained by Kroger Co. Family of Stores, where fuel points can be earned and redeemed.

Here is a list of Colorado stores that will be retained, including one location in Colorado Springs: 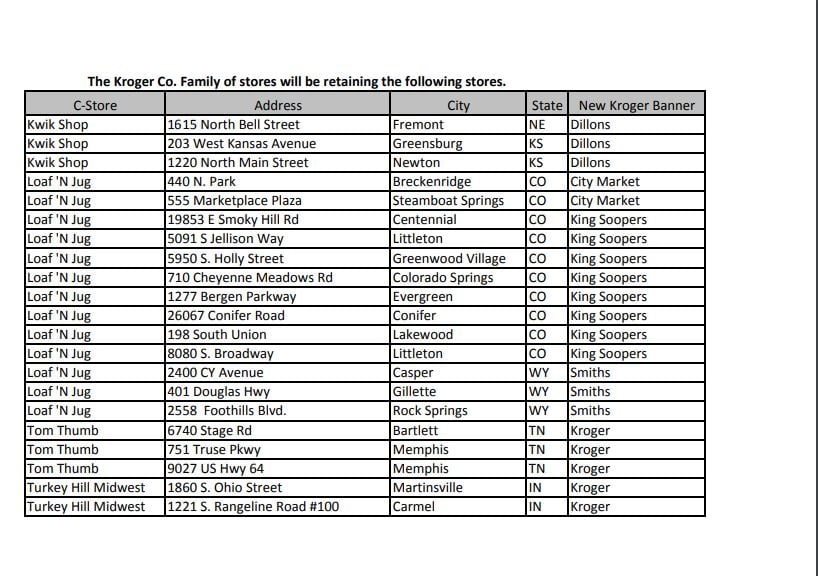