A statement provided by Troyer’s spokesperson that was also posted to his Instagram and Facebook accounts says the 49-year-old actor died Saturday. 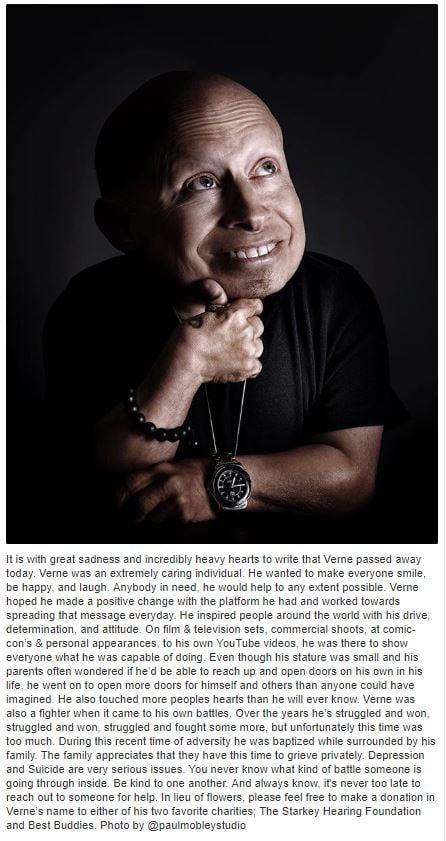 No cause or place of death was given, but the statement discusses depression and suicide, and Troyer had publicly discussed struggling with alcohol addiction. He lived in Los Angeles.

Troyer became a celebrity and pop-culture phenomenon after starring alongside Mike Myers as "Mini-Me," the clone and sidekick of villain Dr. Evil, in two of the three "Austin Powers" films. He appeared in 1999’s "Austin Powers: The Spy Who Shagged Me" and 2002’s "Austin Powers in Goldmember."