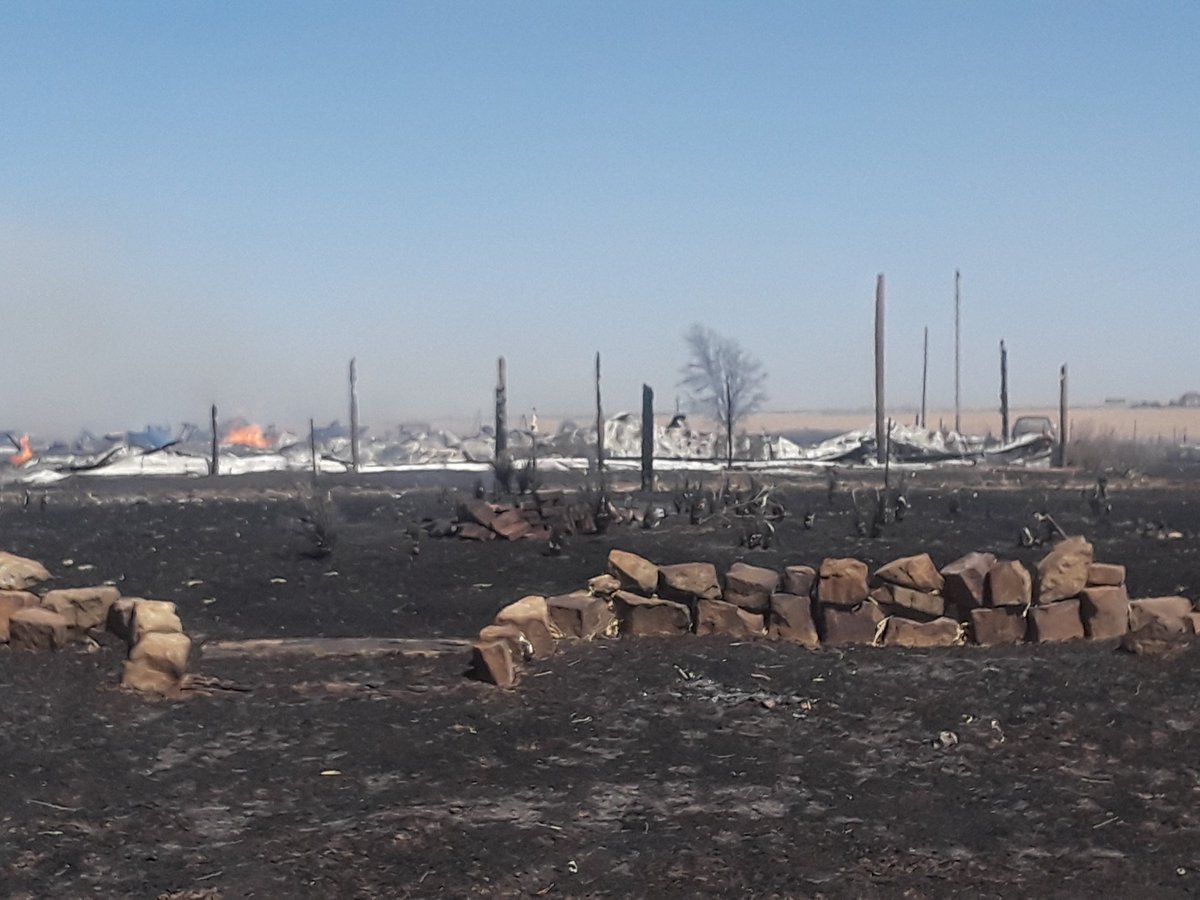 The fire burned an estimated 50,568 acres in total, with 33,609 of those acres in Colorado and 17,249 in Kansas. Baca County officials say "multiple homes, outbuildings, livestock and infrastructure losses have been reported.

Fire crews still report hot spots within the containment zone. Seventy firefighters and 15 other personnel worked the fire Thursday, compiling a list of damages and working to suppress flames.

The fire began on April 17, and spread quickly, fueled by 70 mph wind gusts in the area. The massive fire first appeared on satellite images, showing how quickly the fire blew up and raced to the northeast across the Kansas border.

Anyone willing to donate to recovery efforts for those affected by the fire should send checks to Frontier Bank, located at 501 N. Colorado Street, Walsh, CO. Make checks payable to Southeast Preparedness Alliance with "Walsh Fire Recovery" in the memo line.

The American Legion Post #48 at 200 S. Colorado Street in Walsh is the designated collection site for agriculture related donations. Those affected by the fire will need feed and fencing supplies. Those who wish to make an agriculture donation should contact the Baca County Sheriff’s Office for unloading and organizing.