Around 8:30 p.m. Thursday night, the El Paso County Sheriff’s Office said the 117 Fire was 100 percent contained and all evacuations were lifted.

The massive fire burned 23 homes and more than 40,000 acres east of Hanover in one of the largest wildfires in recent history.

The cause of the fire has not yet been determined.

Hanover schools will remain closed Friday, but students at Ellicot 54 J-T will return to class.

The fire started early Tuesday afternoon along the east side of I-25 in the Hanover area. 1,000 people were evacuated from their homes as the fire moved quickly through El Paso County.

Fort Carson also joined the fight against the 117 Fire on Wednesday. The Mountain Post added resources both in the air and on the ground to fight the blaze. Five helicopters from the Post were brought in to drop water and fire retardants on the flames. 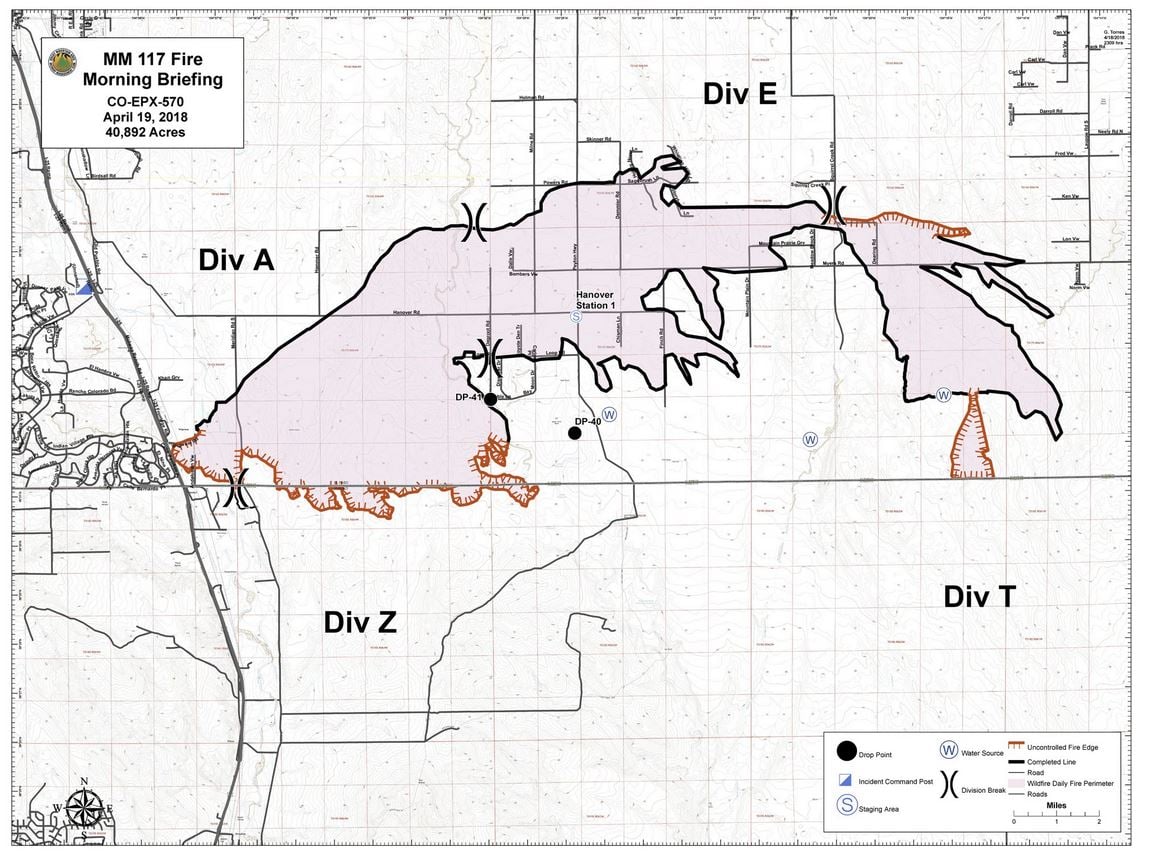 Hanover residents look over damage, help each other in aftermath of 117 Fire

Horses and homeowners rescued from the flames of the 117 Fire

Dust advisory listed for many parts of Southern Colorado