High wind is to blame for blowing over several semi trucks on Colorado’s highways Tuesday. High wind restrictions have been in place along I-25 between Walsenburg and the New Mexico state line since early Tuesday morning.

A semi hauling a load of strawberries toppled over with the fruit being spilled all over the interstate. I-25 was re-opened several hours later.

A semi on I-70 was blown over outside of Limon. High wind restriction are in place between Denver and the Kansas line.

A high wind alert is in effect for I-70 between Denver and Vail. High wind restrictions mean that high profile vehicles, trucks hauling empty trailers and other light trailers are not permitted to drive on the roadway.

Several semi trucks are sitting along I-25 exits waiting this windstorm out. As one driver told me, "The most important cargo on this truck is who’s in the driver seat." @KOAA pic.twitter.com/PHDdOOcFEn

Trucks were lined up for miles along I-70 near Limon. 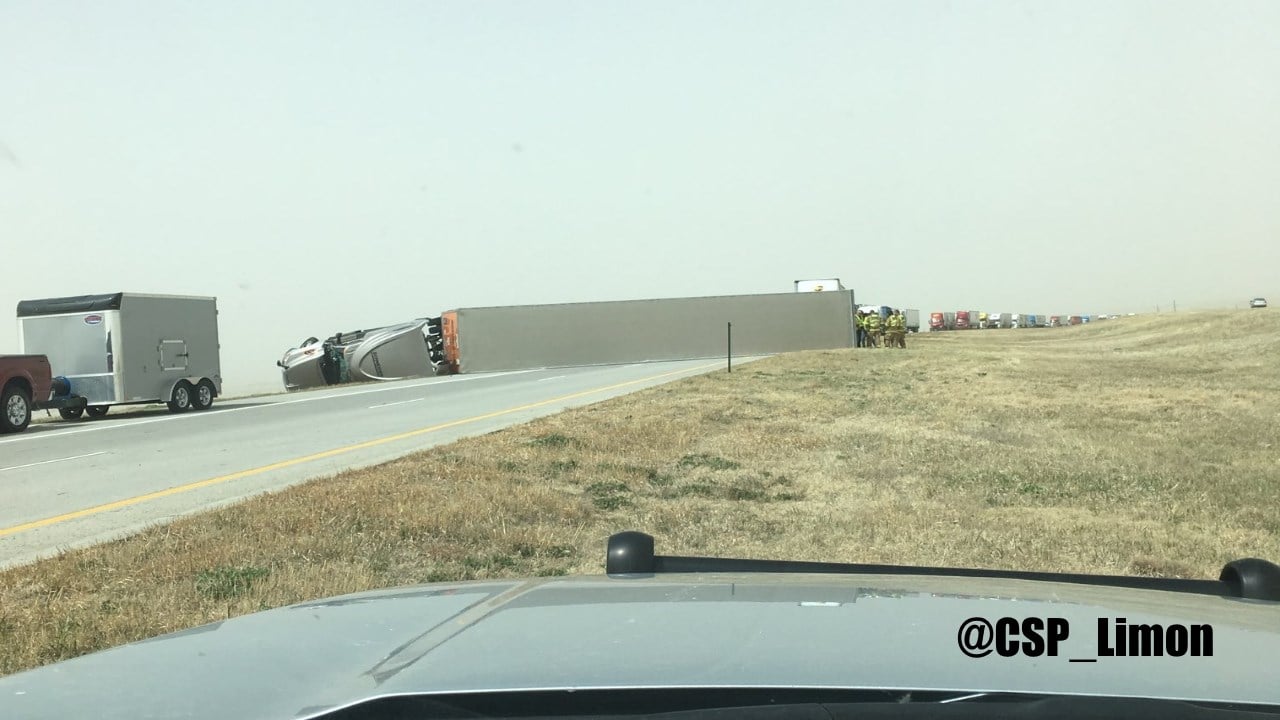