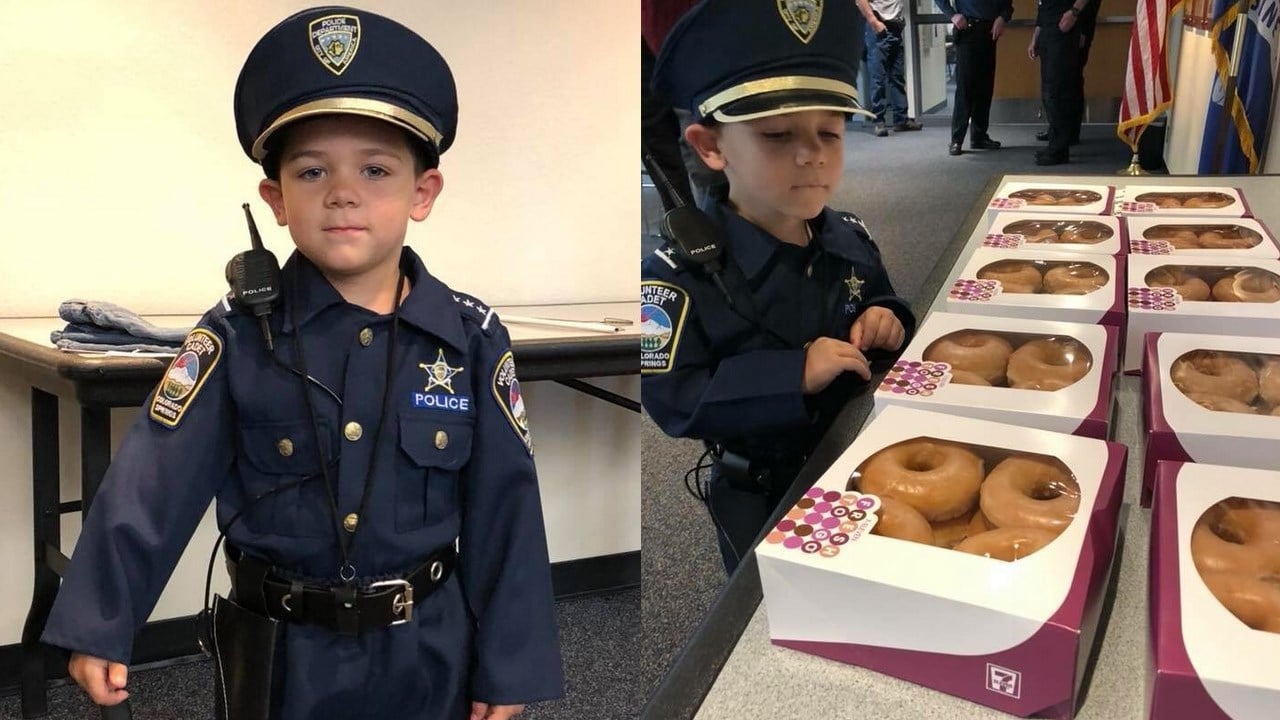 Meet Joshua! He was sworn in as Colorado Spring’s newest police officer on Tuesday morning.

Doctors removed a 11 centimeter tumor along his left kidney, that originally spread to his abdomen lymph nodes and lungs. Joshua underwent both radiation therapy on his abdomen and chemotherapy, finishing on December 30, 2017.

That day, he was considered officially in remission.

Less than a month later, another tumor was discovered in Joshua’s left lung. The tumor was removed, but confirmed the cancer was coming back, according to a release.

Joshua will now undergo a much stronger more aggressive round of chemotherapy starting on April 19, police said. The six-month treatment will include harvesting his stem cells, to perform another round of radiation therapy, this time on his whole chest.

His treatments will take place at the Aurora Children’s Hospital, where he will spend three straight days receiving chemotherapy treatments. This will be a very difficult time for Joshua and his family, as he will become very ill through this round.

Joshua’s family just moved to Colorado Springs from Los Angeles in March. His father, Joseph Salmoiraghi, is a disabled veteran and pastor, his mother Amanda, is a Major in the USAF stationed at Peterson Air Force Base. Joshua also has two older brothers, Benjamin and Timothy.

Joshua took his oath of office with the Colorado Springs Police Department on April 17.

Joshua arrived at the Police Operation Center for his Officer swearing in ceremony. Yes, there are donuts! pic.twitter.com/u4G6tNaex4