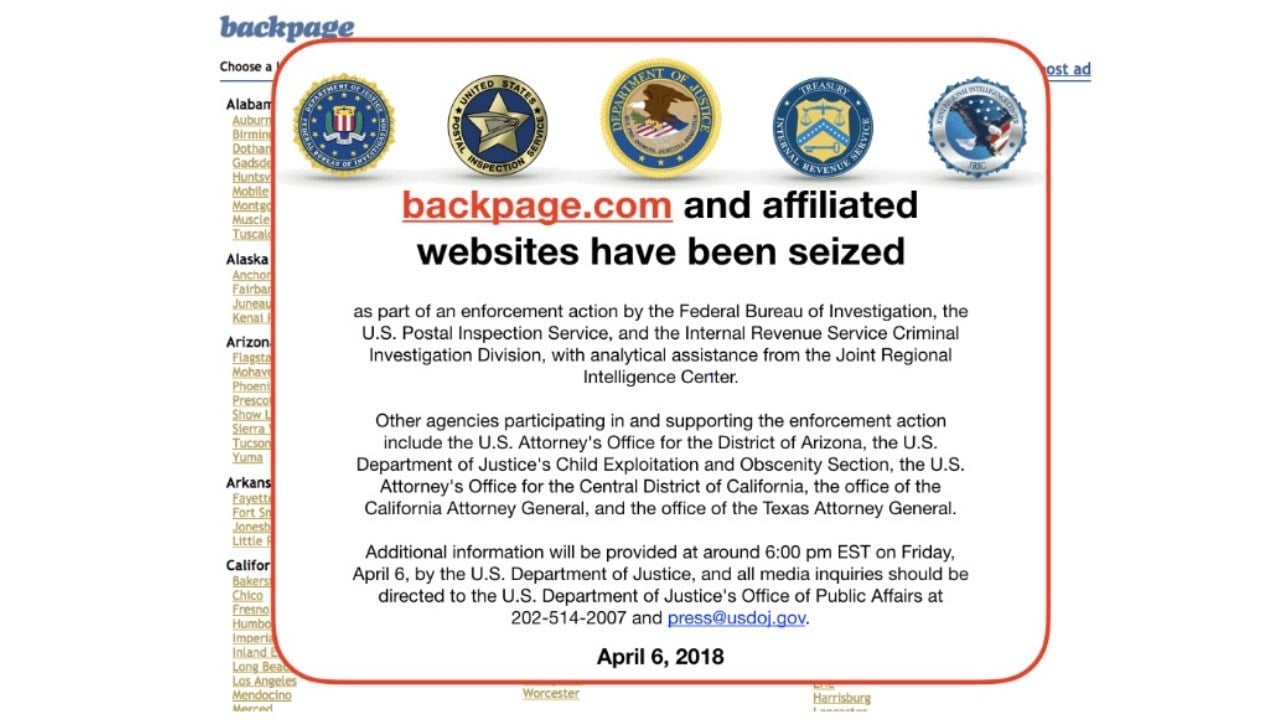 PHOENIX (AP) – The founders of Backpage.com and five others at the classified site have been indicted on federal charges in what authorities say was a scheme to facilitate prostitution by running ads for sexual services and hiding their revenues.

An indictment unsealed Monday alleges that Backpage.com on some occasions had helped customers edit their ads so they would stay within legal limits while still encouraging commercial sex.

Authorities also have seized Backpage.com and its affiliated websites.

They are already facing state money laundering charges in California.

Larry Kazan, who represents Lacey, didn’t return a call seeking comment. There is no listing for Larkin’s attorney.

Follow Jacques Billeaud at twitter.com/jacquesbilleaud. His work can be found at https://bit.ly/2GGWEPO.