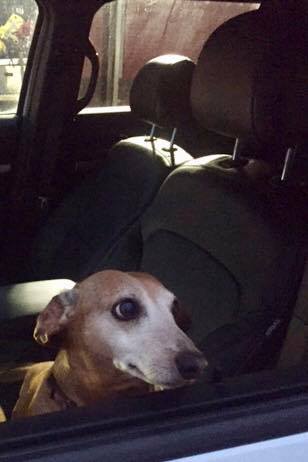 A family dog is the reason homeowners were able to get out of their house quickly when a structure fire broke out in Boulder County.

The Boulder County Sheriff’s Office and Mountain View Fire Rescue responded to a structure fire in unincorporated Boulder County Saturday night. The sheriff’s office said the family living in the home had electrical issues earlier in the night when the power turned off and wouldn’t reset.

The family told deputies they tried to reach an electrician but were unsuccessful.

But after the family went to bed, their 14-year old Dachshund Sam sensed something wasn’t right and began barking to wake them up. Once they woke up they found smoke in the home and significant heat in the ceiling, deputies said.

The family was able to quickly evacuate the home and call 911. Fire crews then responded to the home, where damage was sustained, but will be repairable.

The sheriff’s office said there were no working smoke detectors in the house, and if it wasn’t for Sam, the fire may have not been detected until it was too late.

There were no reported injuries.

Deputies want to remind residents that not everyone has a loyal protector like Sam and to take the time to buy, install, and check the smoke detectors and carbon monoxide alarms in your home.

If you have any questions or need help, contact your local fire department.