Transit Mix has released concept plans for a new a world-class mountain bike park to be built at the existing Pikeview Quarry in Colorado Springs. The company paid for the artist renderings of the proposed concept plan which was developed in conjunction with the City of Colorado Springs Parks and Recreation Department.

Transit Mix pledged last year to speed up the closure and reclamation of both the Pikeview and the Black Canyon quarries so long as they are granted proper permits by state and local authorities to begin a new aggregate quarry at the privately-owned Hitch Rack Ranch located off of Highway 115 southwest of the City.

The Colorado Mined Land Reclamation Board denied an earlier application by Transit Mix to quarry the ranch in October of 2017. The company has since reapplied and will have a formal hearing with the state board during its next meetings from April 25-26.

"We’re excited to announce a plan to leave the land much better than we found it," Transit Mix President Jerald Schnabel said in a news release. "Imagine driving into Colorado Springs and seeing from the interstate a mountain bike park at the base of the mountain. That would be an incredible sight." 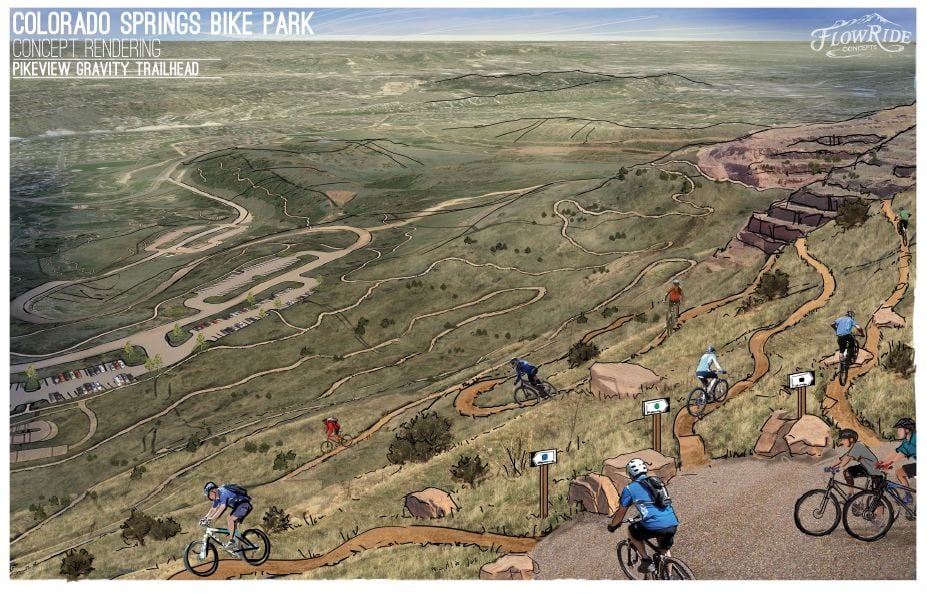 Under the proposal, Transit Mix would transfer ownership of the land to the City after it finished reclamation of the quarry. The roughly 150-acre site would provide plenty space for a variety of trails. The company noted there are nearly 900 feet of vertical change in elevation on the property which would allow for longer, steeper and more challenging trails. They also suggest that local rocks from the site be used in creating technical features and converting the existing maintenance shop into a small events center and rental space.