Does the State owe you money? Nearly $1 billion in assets waiting to be collected

There’s a good chance the State of Colorado owes you money and you may not even know it.

The “Great Colorado Payback” program is overseen by the State Treasurer’s Office.

To-date, the program claims it has returned more than $391 million to Coloradans.

What you may not know is that there is nearly $1 billion in assets waiting to be claimed if you take the time to check, but how easy is it to claim?

You may have seen the commercials on TV showing Treasurer Walker Stapleton talking about a program designed to give people access to unclaimed property and “lost” money.

After Joel Phillips’ mother passed away, he decided to log onto the state’s website and found his mother had more than $2,000 in unclaimed stock dividends. He said getting the State to pay money related with his case has been a bit of a challenge.

“It (the program) said it would take upwards of 20 weeks to get the money back,” Phillips said.

20 weeks came and went without any check.

“Now at the end of 40 weeks, which is 8 months, I called them again and whoever I talked to said they don’t know why it is taking so long,” Phillips said. “They said they would get in touch with a supervisor and if there’s a problem they’ll have them give me a call. I haven’t heard a word and now we are going on 10 months. It’s frustrating because when you watch the commercials and they say they want to get you your money back as quickly as possible, we’re looking at a year and that’s not very quick.”

Phillips eventually reached out to News 5 Investigates for help.

After Chief Investigative Reporter Eric Ross made one phone call and sent an email, the State of Colorado issued a check to Phillips in a matter of days.

We asked the State about the delayed check.

“Since last spring, the Unclaimed Property Division has been transitioning to a paperless system,” Rachel George, a spokesperson for the Treasurer’s Office explained. “Getting all the paper claims input into the electronic system was only just completed in the fall. Once something is input into the system, the staff still has to review it. On top of that, the program director’s last day was Jan. 31st, so the transition in leadership has also been impacting the division.”

It’s important to note that we have not heard of any additional delays with people getting their refunds from the State’s unclaimed property department.

What is unclaimed property?

According to the State’s website, Unclaimed Property laws began in the United States as a consumer protection program and they have evolved to protect not only the owners, but also their heirs and estates. Unclaimed property is tangible or intangible property that has had no activity for a specific period of time. Unclaimed property includes, but is not limited to, abandoned financial assets such as stocks and dividends, mutual funds, checking and savings accounts, unpaid wages, securities, life insurance payouts, uncashed checks that are without activity for a certain period of time, as well as the contents of safe deposit boxes for which the rent has been expired for at least five (5) years. It does not include real estate or vehicles.

How to check if the State owes you money:

Visit this web site and make sure you see the State of Colorado “seal” in the upper left hand corner. 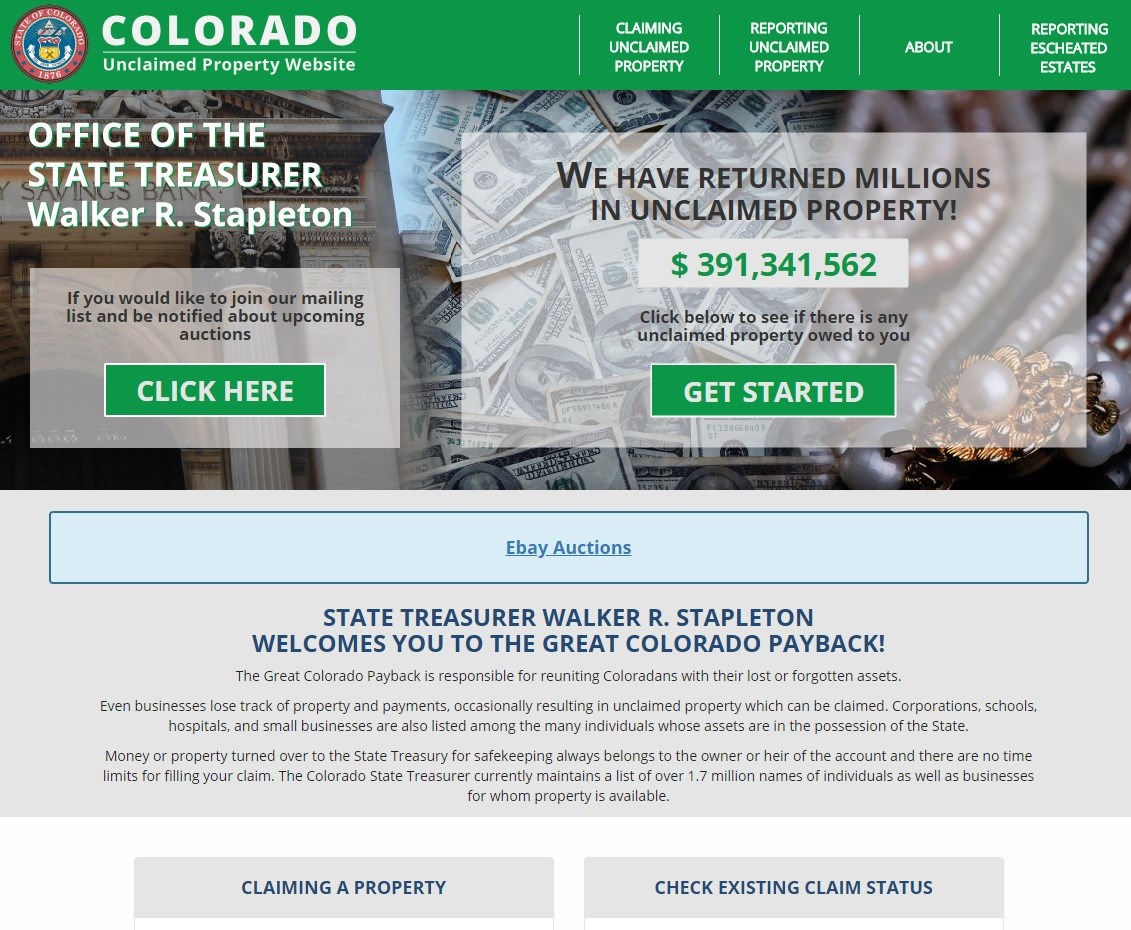 Then, click the “Get Started” tab on the right hand side. 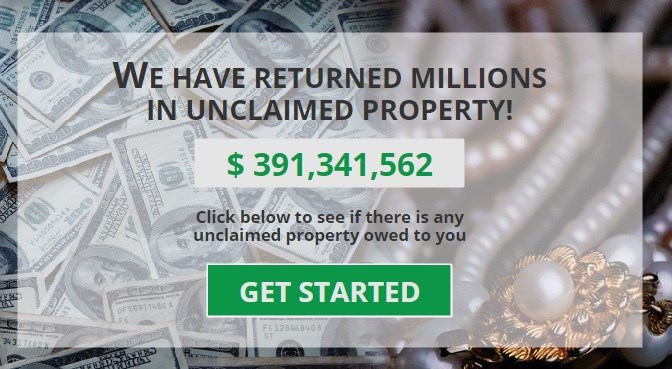 You can also scroll down to the bottom of the web page and enter your business name, personal name, city and zip code. 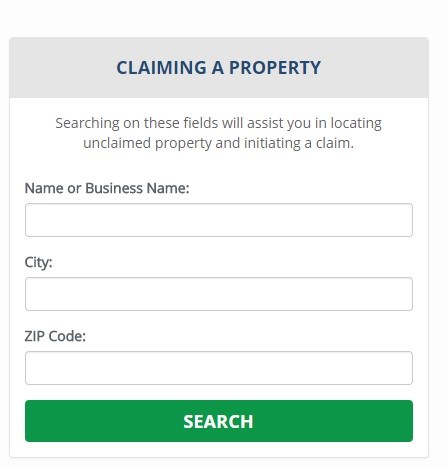 If you have money to claim, it will show you whether the amount is above or below $50. Verification and certain paperwork may need to be filed to show proof that you are entitled to the money.

You can also call 303-866-6070 if you don’t feel comfortable providing information online.

Who is owed the most money in Colorado?

The State won’t tell us! However, here are the top ten highest amounts owed to Coloradans: