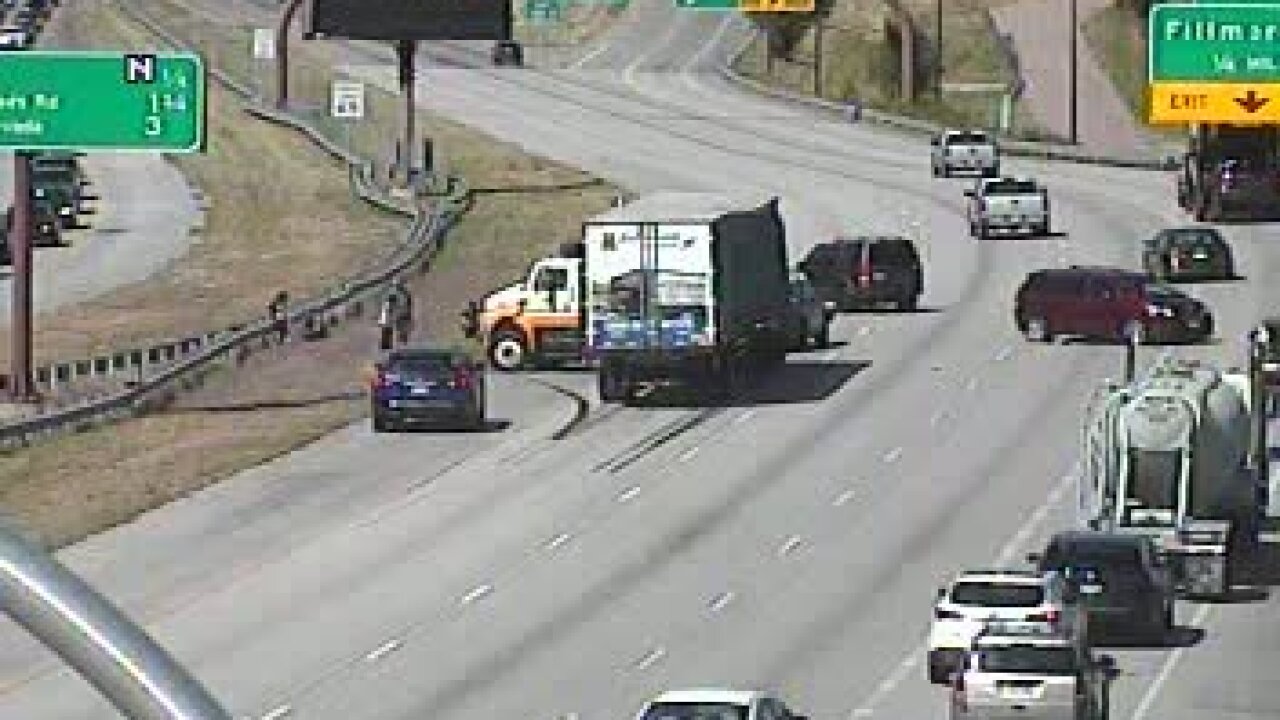 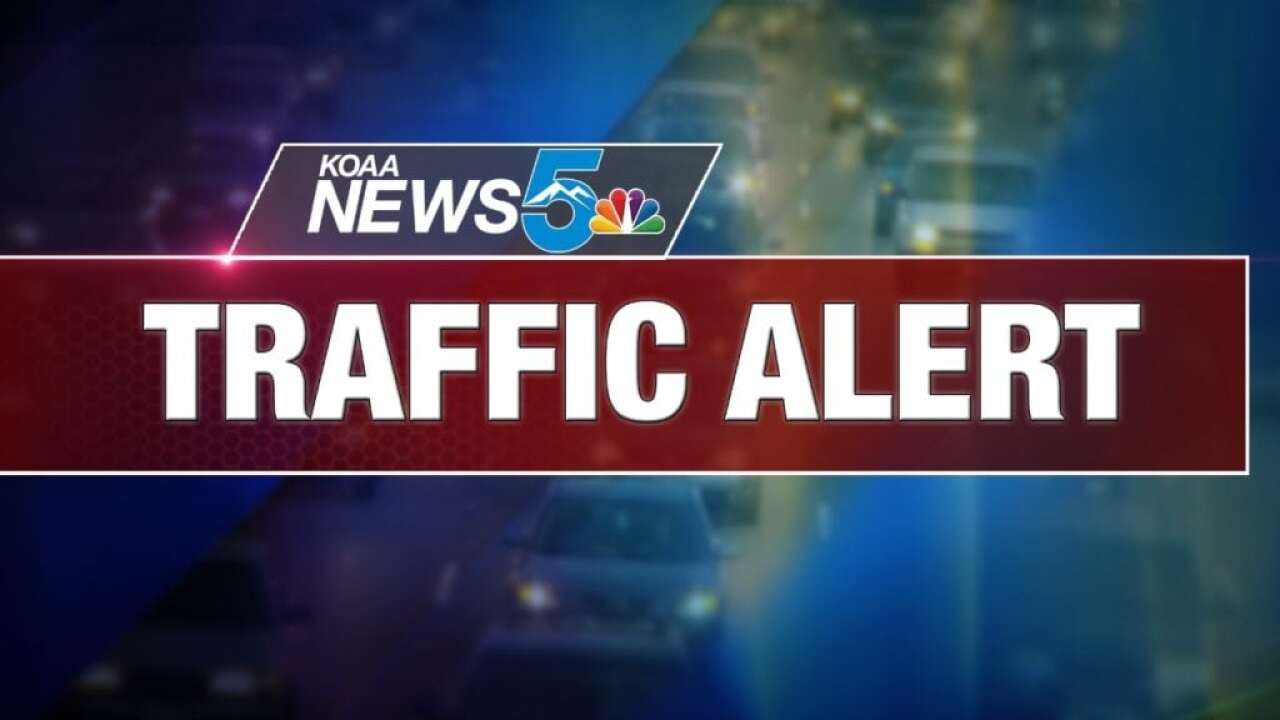 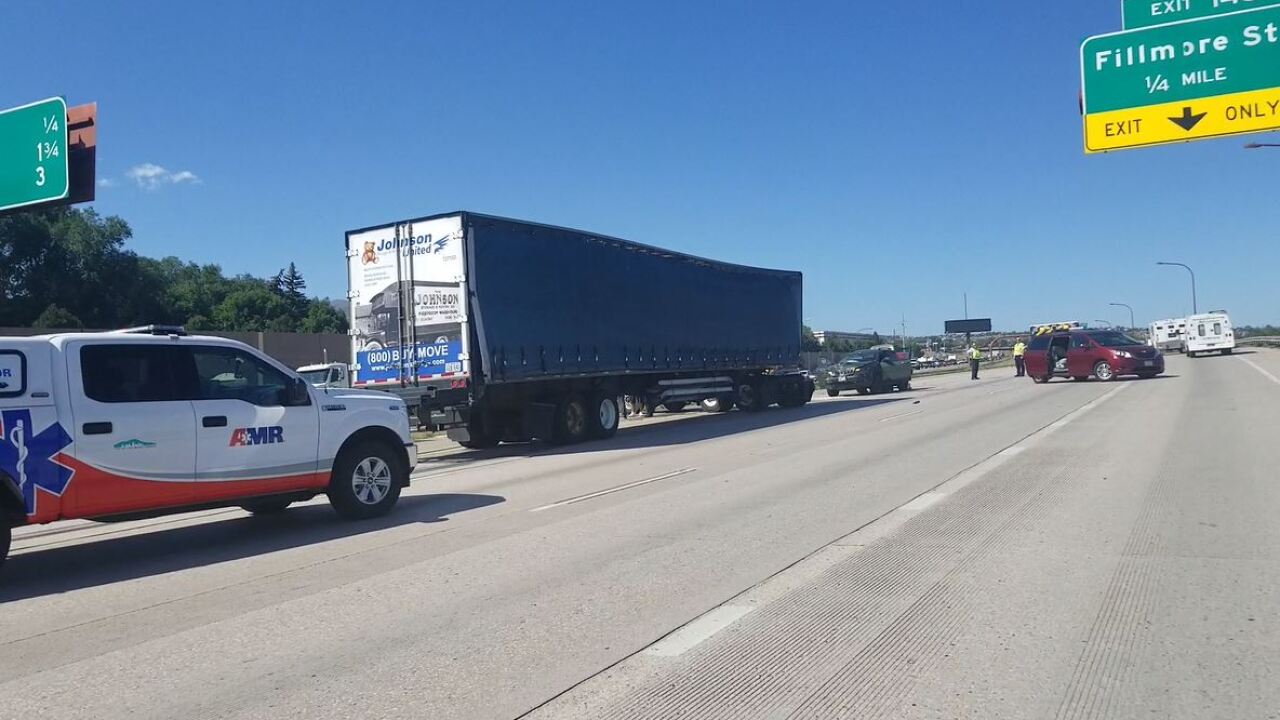 COLORADO SPRINGS — A multi-car accident was blocking three of the four lanes on northbound I-25 at Fillmore mid-afternoon Friday.

As of 4:20 p.m., all lanes are now open as all vehicles and debris are clear from the scene.

It's unknown if anyone was injured in the crash.

Northbound was backed up from well before Nevada and the southbound backups started just after N. Academy Blvd.

TRAFFIC ALERT: Traffic now moving on NB 25 at Fillmore but it's down to one lane. First responders are working to sort out a nasty crash scene with multiple vehicles and a big truck pic.twitter.com/YWP80MlFQe