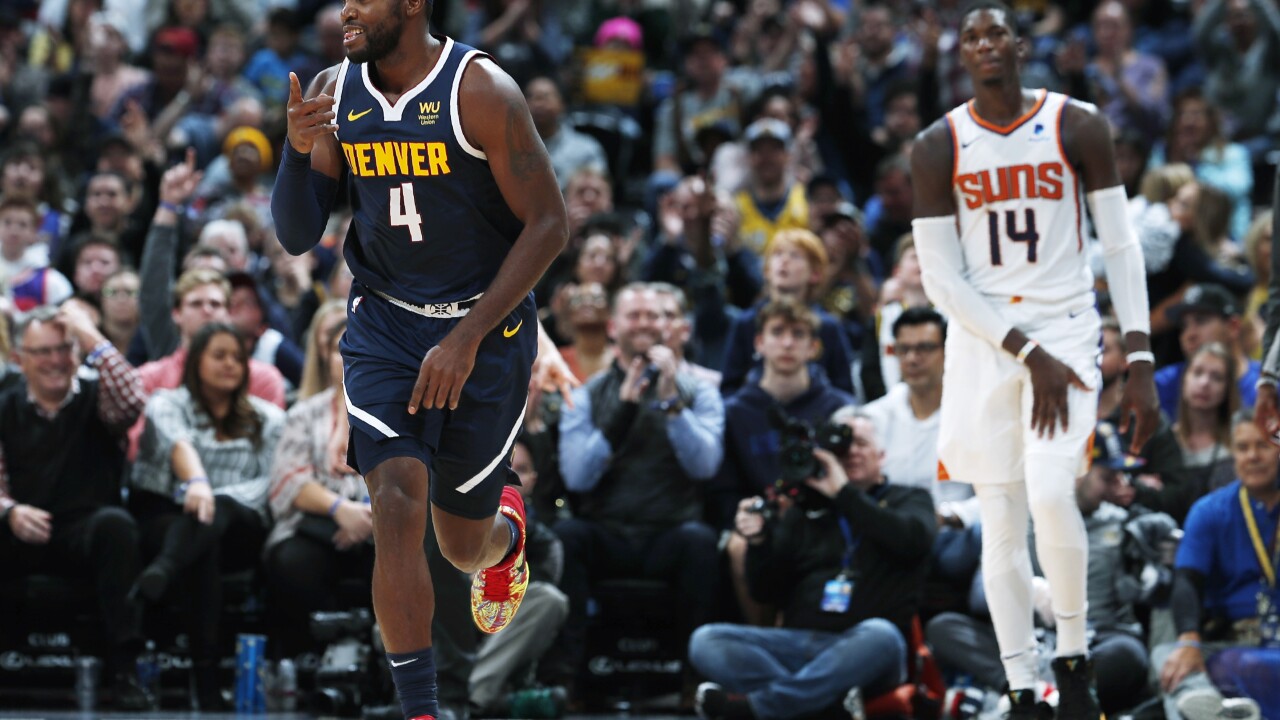 DENVER (AP) — Paul Millsap scored 23 points and Jamal Murray and Will Barton had 22 apiece in the Denver Nuggets’ 116-104 victory over the Phoenix Suns on Sunday night.

Nikola Jokic had just eight points, but grabbed 13 rebounds to help Denver win its fifth in a row.

The Nuggets held Phoenix guard Devin Booker to a season-low 12 points on 5-of-13 shooting. Booker came in averaging 26.2 points in November.

Booker had just seven points into the fourth quarter, but the Suns led most of the game until the Nuggets rallied. Phoenix was again without center Aron Baynes and guard Ricky Rubio.

Denver used a 10-2 run late in the third quarter to take its first lead since the first quarter. Barton had 12 points in the period and Millsap seven before picking up his fourth foul.

Booker hit his only 3-pointer of the night to pull Phoenix within eight, but Denver went on a 9-2 run to put it out of reach.

Suns: Rubio has missed three of the last four games with back spasms and played only 16 minutes in the other game. ... Baynes has missed four straight games with a right hip flexor strain. ... Elie Okobo scored a season-high 14 points. He had 11 in the first half.

Nuggets: Mason Plumlee had 14 points and Monte Morris added 10 off the bench. ... C Bol Bol was recalled from Windy City of the G League. Bol, the team's first-round pick out of Oregon in June, played four games for the Bulls, averaging 11.5 points, 6.5 rebounds and 2.3 blocks in 16.9 minutes per game.