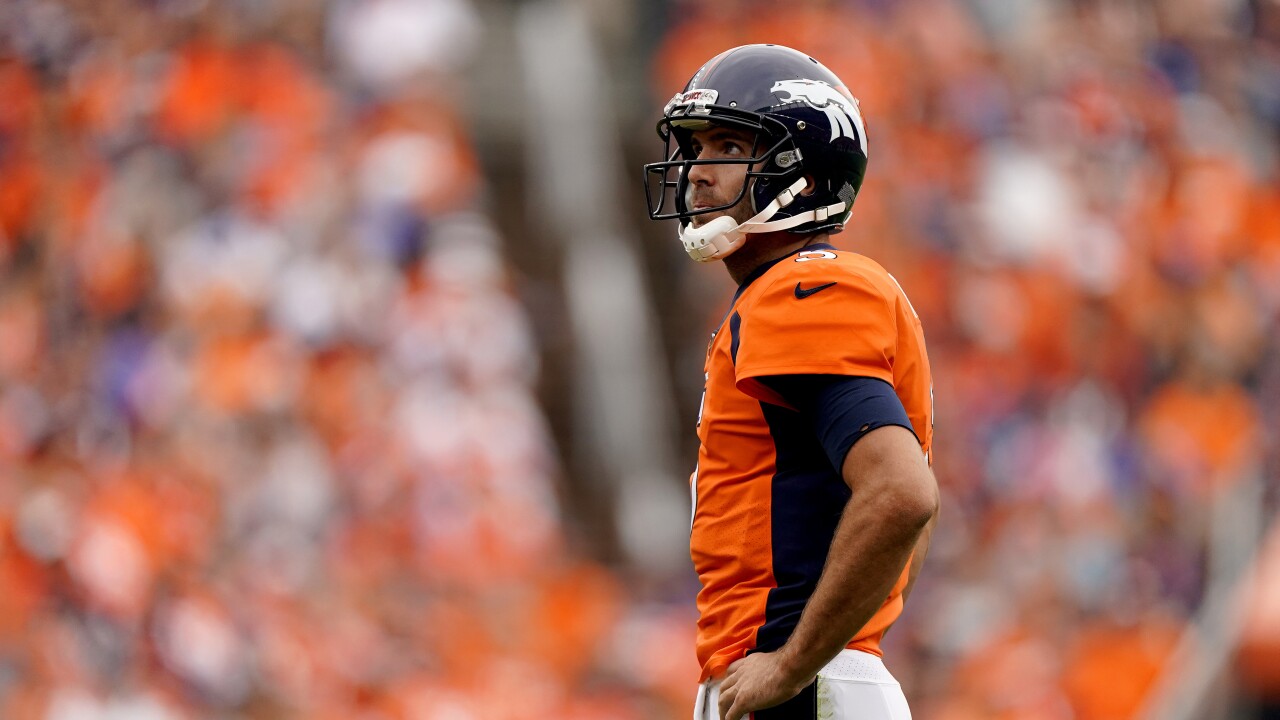 Jack Dempsey/AP
Denver Broncos quarterback Joe Flacco (5) looks a the clock during the second half of an NFL football game against the Chicago Bears, Sunday, Sept. 15, 2019, in Denver. (AP Photo/Jack Dempsey) 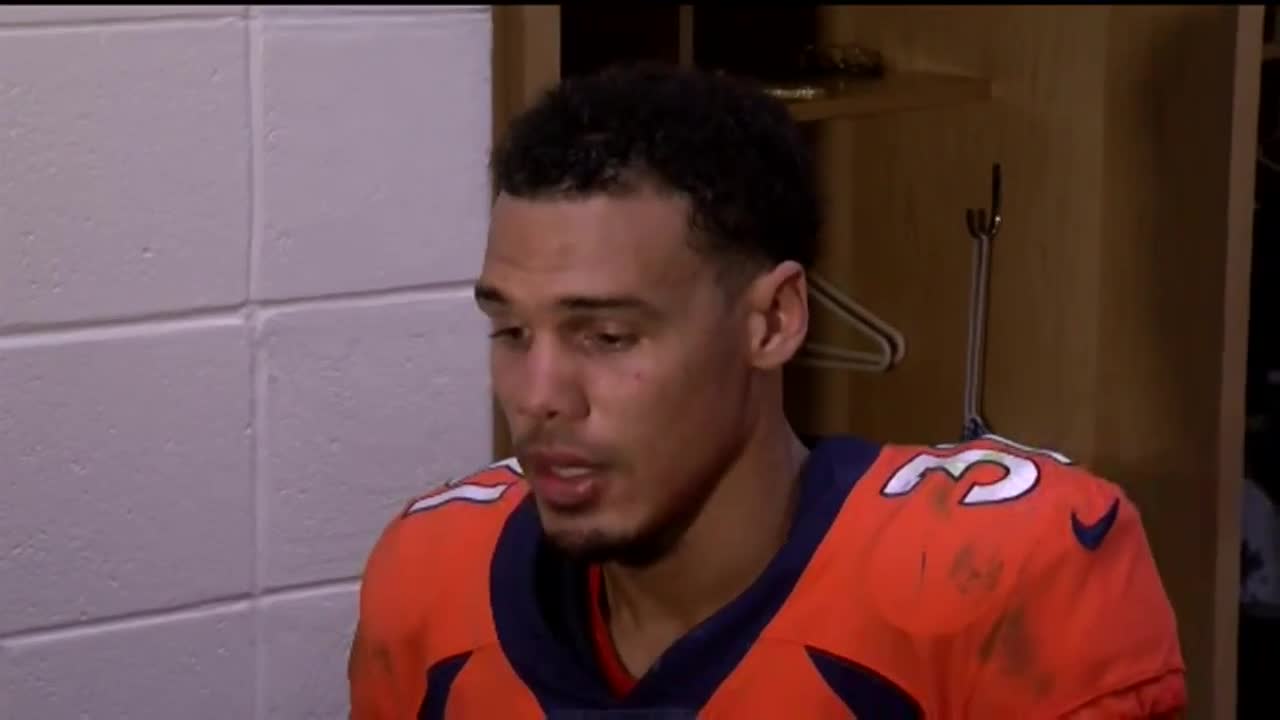 DENVER (AP) — Eddy Pineiro kicked a 53-yard field goal as time expired, giving the Chicago Bears a wild 16-14 win over the Broncos and their former defensive coordinator Vic Fangio, whose gutsy 2-point call 31 seconds earlier had given Denver the lead.

The Broncos (0-2) thought time had expired when Mitchell Trubisky stepped up and threw a 25-yard pass to Allen Robinson on fourth-and-15 from his 40-yard line. Robinson was tackled at the Denver 35 by Chris Harris Jr.

The clock showed all zeroes and both teams milled around on the field not knowing whether to celebrate a win or lament a loss. Then referee Adrian Hill announced there was 1 second remaining and Chicago was using its last timeout.

Pineiro's winner sent the Bears (1-1) streaming back onto the field in celebration of a victory that seemed so unlikely after they'd surrendered the lead moments earlier.

In a whipsaw of emotion, cornerback Kyle Fuller, whose goal-line interception with five minutes left seemingly sealed Chicago's win, surrendered a 7-yard tiptoe TD to Emmanuel Sanders. Sanders barely got both feet toes down in the right corner of the end zone.

The Broncos lined up for 2 but a delay pushed them back 5 yards. Fangio sent Brandon McManus out instead for the extra point and the tie. But McManus was wide right and the Bears went wild.

Hold on: a flag on Chicago.

Buster Skrine was offside and the Broncos moved up to the 1. Out came their offense again, and with an empty backfield, Joe Flacco backpedaled and hit Sanders at the goal line in front of Fuller to give Denver a 14-13 lead.

For the second straight game, the Broncos failed to get a sack, but linebacker Bradley Chubb came close, hitting Trubisky just as he got off a throw to tight end Trey Burton for 10 yards. A debatable roughing call on Chubb tacked on 15 yards and the Bears were suddenly in business at the Broncos 45-yard line.

Three incompletions were followed by a 12-men-in-the-huddle infraction, however, and the Bears were facing fourth-and-15 from their 40 with 9 seconds remaining.

Trubisky found Robinson over the middle in the nick of time. Harris' tackle came one second too early for the Broncos, who saw their 13-home-game September winning streak snapped.

The Broncos held a moment of silence before kickoff for late owner Pat Bowlen, who died in June at age 75, two months before he was inducted into the Pro Football Hall of Fame.

Bears starting DT Bilal Nichols was knocked out with a hand injury in the third quarter. ... Broncos starters ILB Todd Davis (calf) and CB Bryce Callahan (foot) were held out for the second straight week.