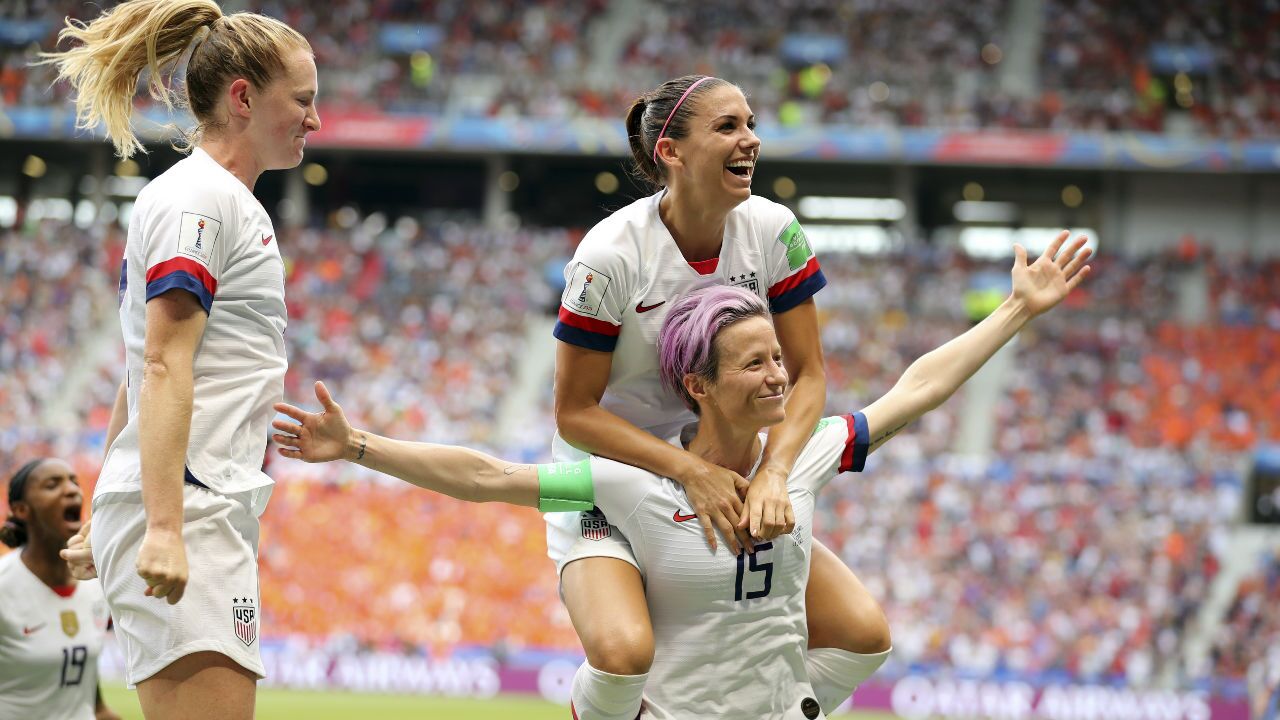 Francisco Seco
United States&#39; Megan Rapinoe (15) and teammates celebrate after Rapinoe scored the opening goal from the penalty spot during the Women&#39;s World Cup final soccer match between U.S. and The Netherlands at the Stade de Lyon in Decines, outside Lyon, France, Sunday, July 7, 2019.

WASHINGTON (AP) — Megan Rapinoe (rah-PEE-noh) has accepted an invitation for the U.S. women's soccer team to celebrate its World Cup victory with a visit to Congress.

Senate Democratic leader Chuck Schumer said Tuesday he looks forward to scheduling a time when "these inspiring women can come to the nation's capital."

Schumer, House Speaker Nancy Pelosi and others in Congress invited the team to visit. Rapinoe said Tuesday on CNN that she had accepted invitations from New York Rep. Alexandria Ocasio-Cortez, Pelosi and Schumer to go to Washington.

The team co-captain has said she's not interested in celebrating at the White House. It's unclear if the winning team would be invited by President Donald Trump to visit.