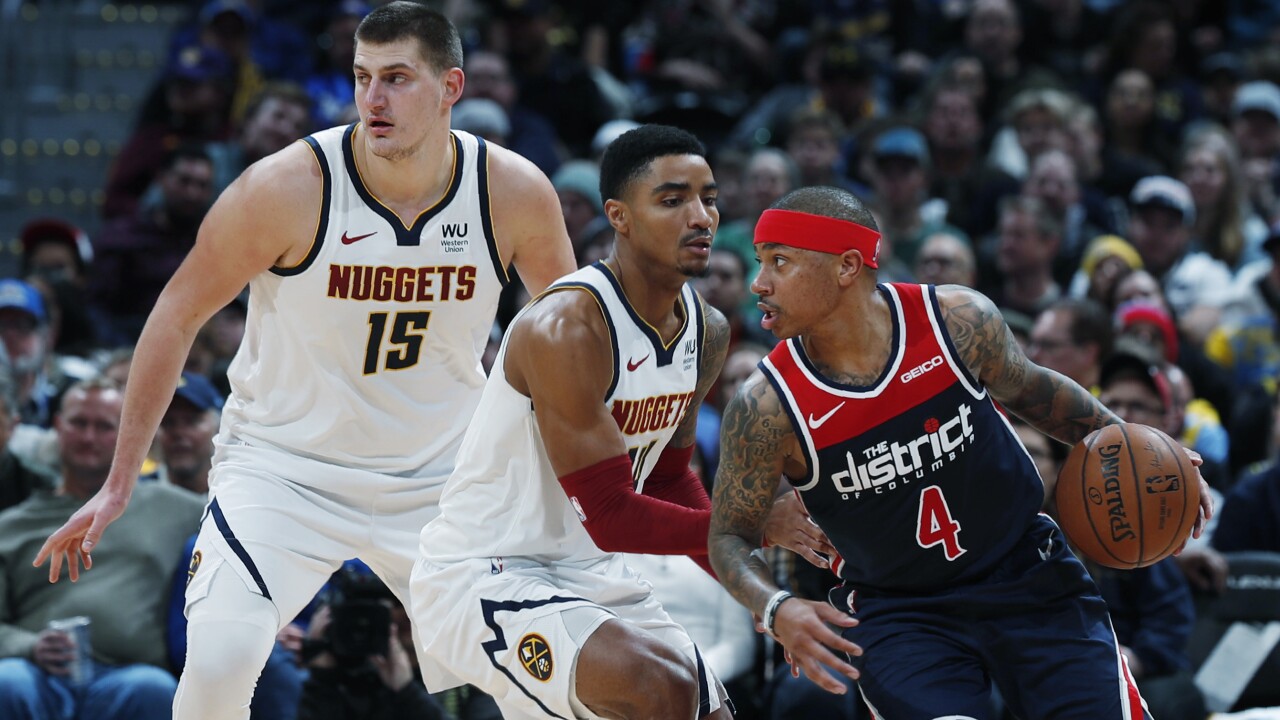 DENVER (AP) — Nikola Jokic had a season-high 20 rebounds and Jerami Grant added a season-best 20 points to lead the Denver Nuggets to a 117-104 win over the Washington Wizards on Tuesday night.

Will Barton had 17 points, eight rebounds and eight assists, Jamal Murray added 16 points and Mason Plumlee scored 15 for the Nuggets, who are 10-1 in November and ended a three-game home losing streak against the Wizards.

Denver held one of the NBA's prolific offenses to its second-fewest point total of the season. Washington entered the game averaging 119.1 points and had failed to score at least 100 points just once in 15 games. It needed 35 in the fourth to reach 100 this time.

Jordan McRae had 21 points and Moritz Wagner and Davis Bertans each finished with 14.