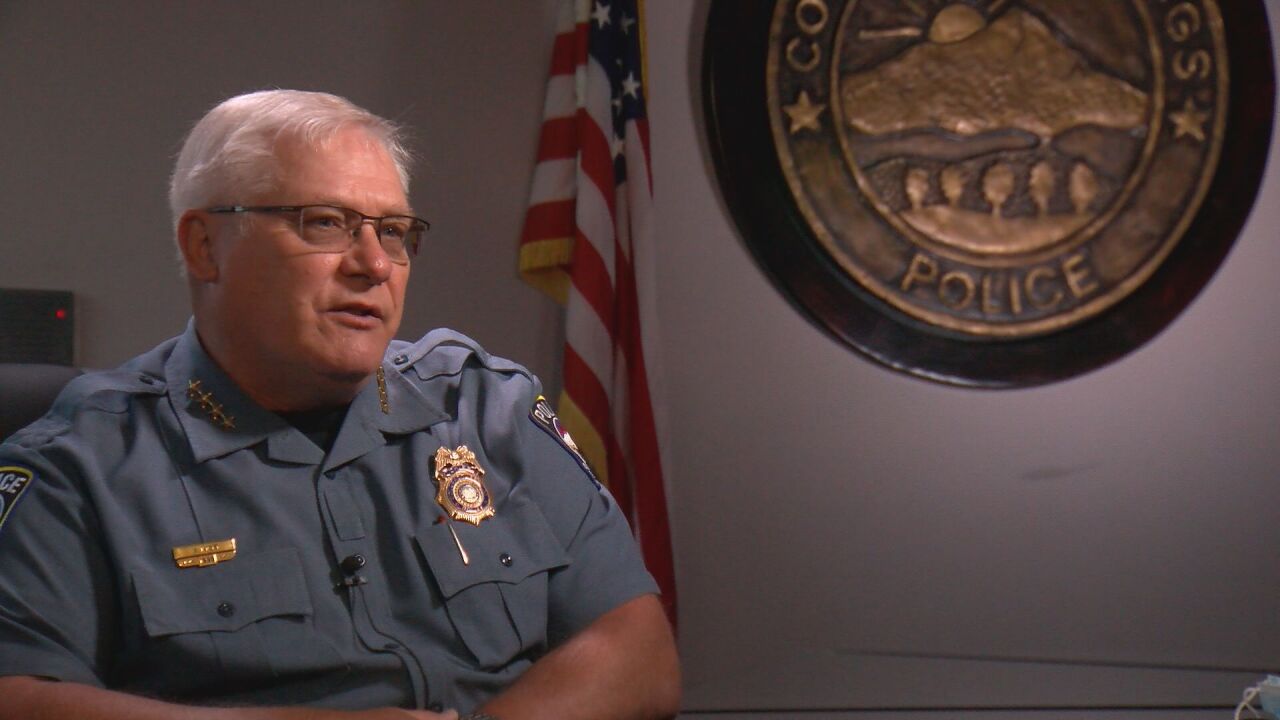 Copyright 2020 Scripps Media, Inc. All rights reserved. This material may not be published, broadcast, rewritten, or redistributed.
AJ Vega
Colorado Springs Chief of Police, Vince Niski, during an interview on July 9. 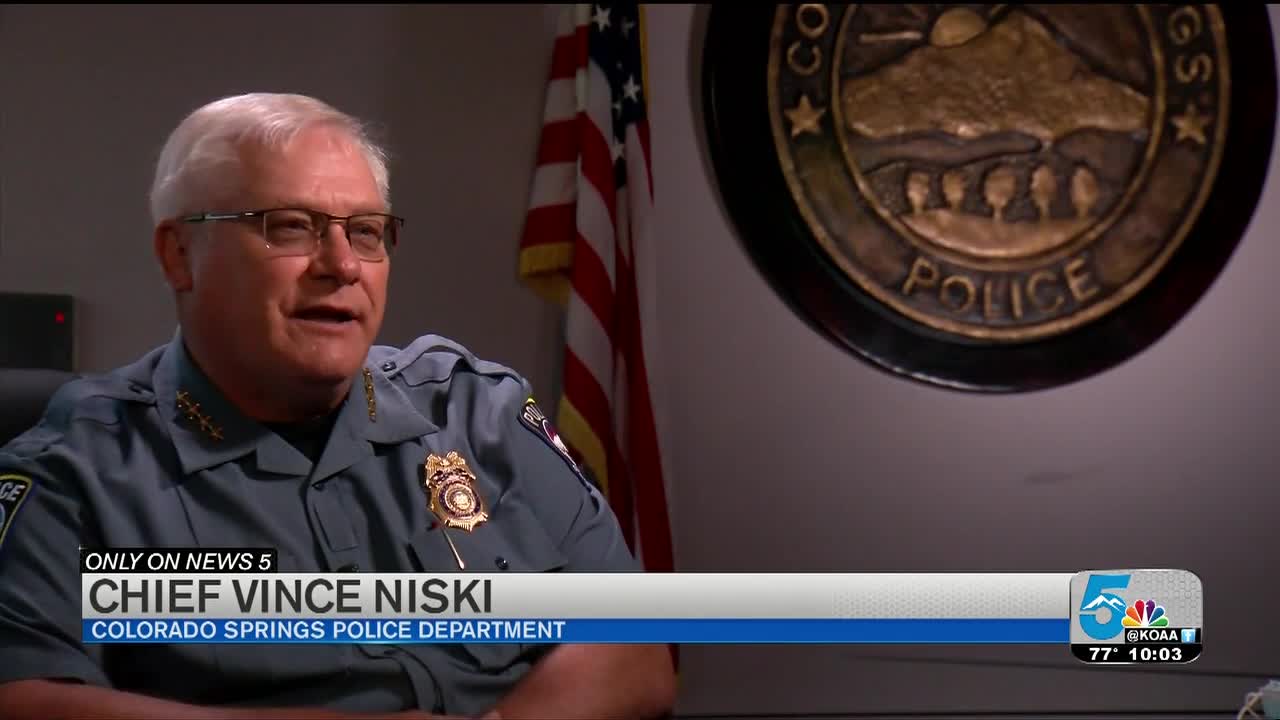 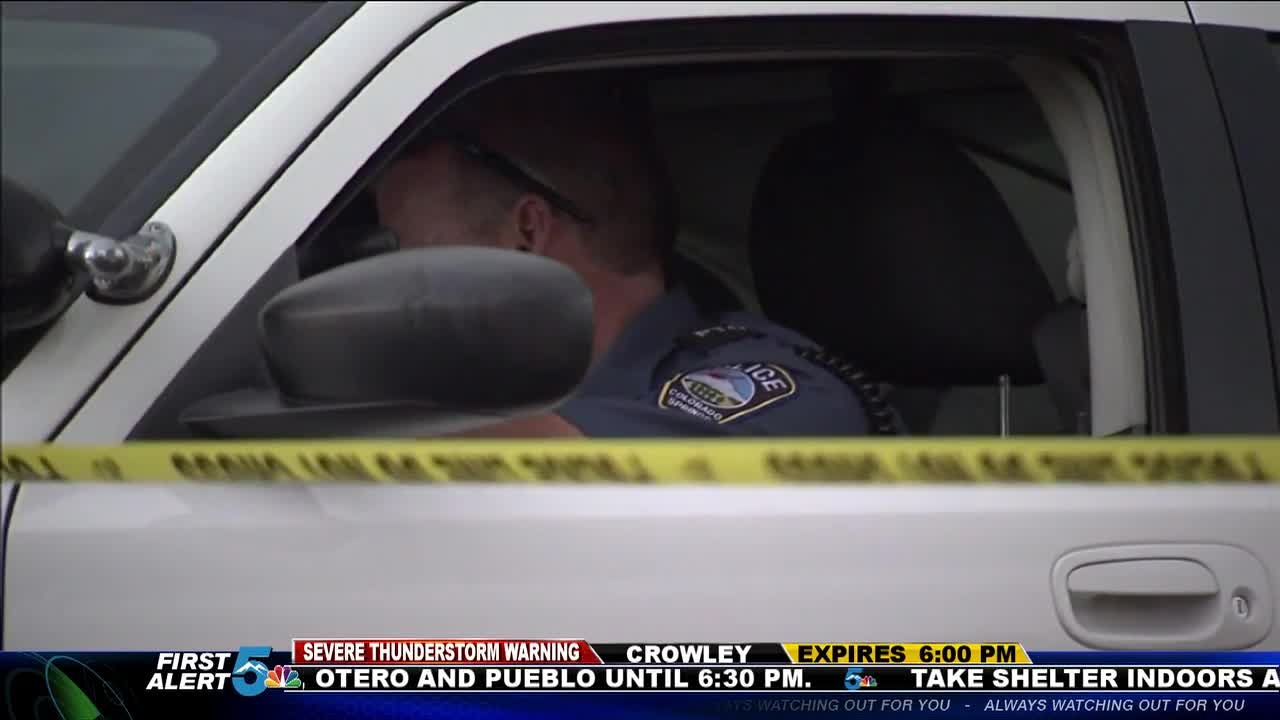 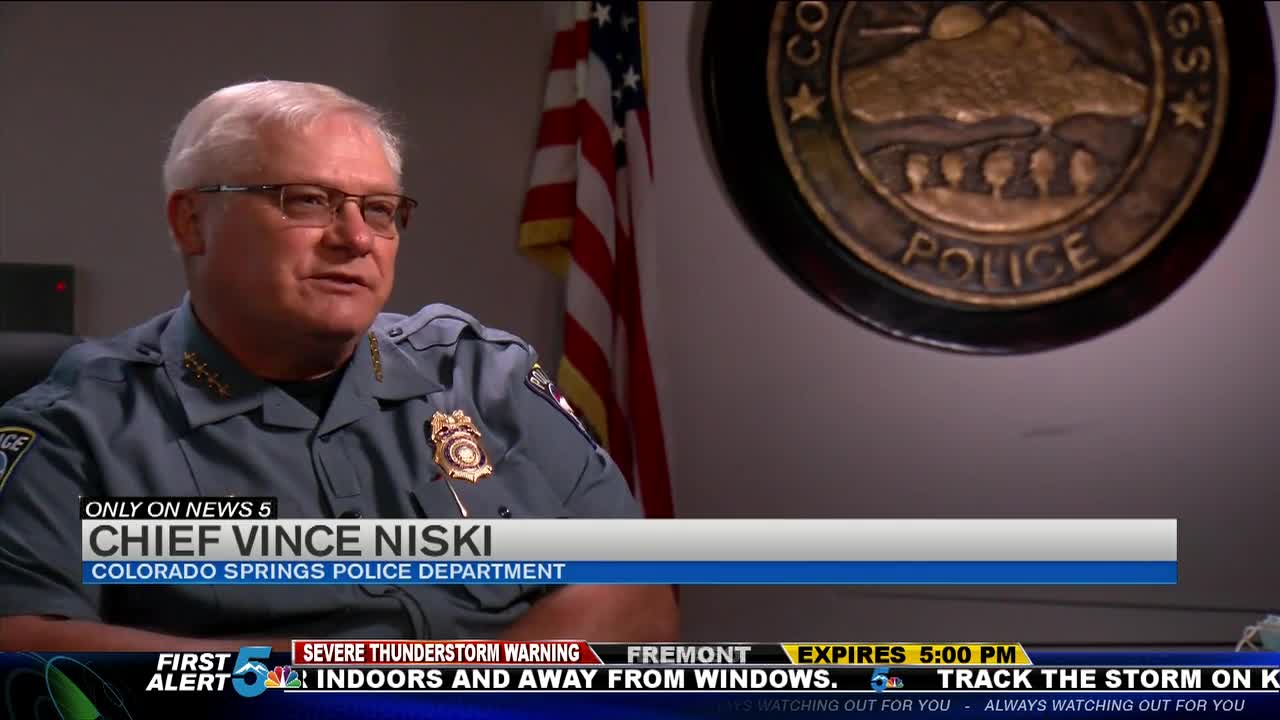 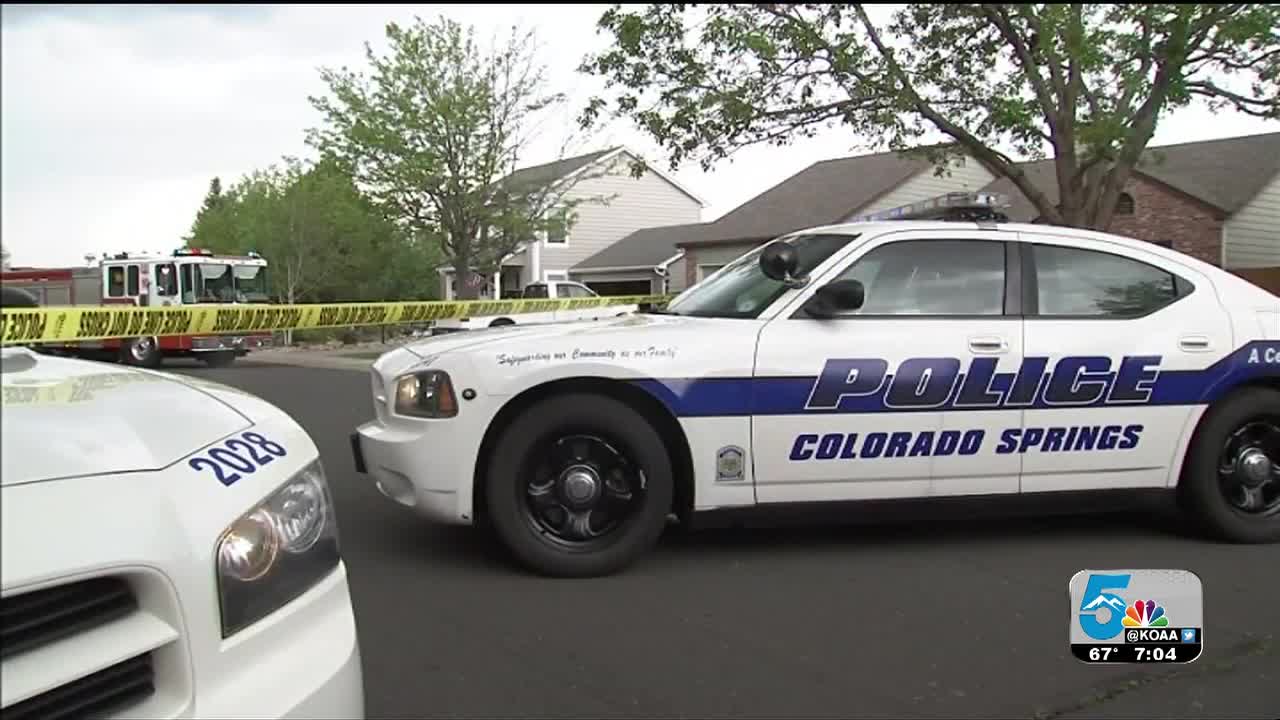 COLORADO SPRINGS — The death of George Floyd brought national attention to issues many people have been calling out for decades and sparked protests against what demonstrators see as systemic racism. Law enforcement agencies are caught in the middle of this push for social justice. News5 sat down with Colorado Springs Chief of Police Vince Niski to discuss a variety of issues expressed by local activists regarding police reform.

While covering the local protests, several people News5 spoke with expressed a lack of trust in the Colorado Springs Police Department.

"It's about an organization that's been part of me for 31 years, and when that's being criticized, that's very challenging... It's difficult. I'm not going to lie and say, 'Oh, this is just like anything else.' It's not like anything else," said Chief Niski, when sitting down for a one-on-one interview.

We asked Chief Niski if after watching the videos that have surfaced this year, like the one showing the moments leading up to George Floyd's death, if he believes there is systemic racism that needs to be addressed within law enforcement across the country. "I don't believe that there is systemic racism in law enforcement across the country. I think we are a very large profession... I don't think you can judge an organization based on the actions of a few," said Chief Niski.

Chief Niski said there are approximately 753 officers working at the Colorado Springs Police Department, but in his perfect world, he would like to see 1,000 on the force. "The mayor has made a commitment, that by 2022, he'll have added 120 [officers] in the last four years," said Chief Niski.

Due to COVID-19, their November class of recruits has been postponed to next year, impacting how quickly those 120 officers are added.

The chief told News5 the goal of the department is to be diverse and reflect the community. However, he also said law enforcement is often criticized for not being as diverse as the place they serve."If you want to see change in law enforcement, the best way to implement change is to be part of that agency... I think the difficulty for us is going to be, is to convince some minorities that policing is a viable profession... We saw this a couple years ago. We had a couple of people resign from the department due to family pressure. Families saying that we are not going to associate with you if you're going to continue to be a police officer, so they resigned," said Chief Niski.

News5 looked at numbers from the 2020 Census Summary for Colorado Springs, and compared those statistics with numbers provided by CSPD. CSPD did not have their data broken down by percentages, which is why the numbers reflected are approximate based on the information given to News5.

In 2020, the General Fund budget was $331.3 million, with police getting more than $113 million of that. When looking at the money spent to pay different department's positions, police make up almost half of the expenditures.

Out of all city departments, Chief Niski said CSPD has the highest number of employees. He also said the majority of their budget goes to paying salary and benefits. "I have no issues with other organizations taking over homelessness issues, other organizations taking over mental health issues, but to defund us means that our response to calls for service would be even worse than they are now... We are not responding the way we want to respond. So, if I was to lose part of our budget to defund us for other organizational needs, it would impact our response to the community," said Chief Niski.

News5 has interviewed many people at local protests who had questions about the training required to become a police officer.

The Colorado Peace Officer Standards and Training (POST) Division of the Colorado State Attorney General's Office governs the CSPD Training Academy. POST mandates a minimum of 556 training hours per academy. Those with CSPD said their academy typically lasts anywhere from 26-27 weeks, and depending on class size, provides 1,024 hours of training.

There are also 124 hours dedicated to firearms training.

Once recruits finish at the Training Academy, they go through a Police Training Officer program for a minimum of 15 weeks. Two evaluations happen in the course of those 15 weeks of hands-on training.

Then, recruits are sworn in as police officers. From the day they become a police officer, they begin a 12 month probationary period.

Every five years, officers must complete four hours of Anti-Bias Training, two hours of Community Partnership Training, two hours of De-escalation Training, and four hours of Arrest Control/Holds and Restraints Training. "I think when people criticize the training and say there's a greater need for training, I don't think they've evaluated what our training is yet... I'm very confident that our training is some of the best in the state when it comes to diversity training, when it comes to anti-bias training," said Chief Niski.

The Colorado Springs Police Department first got body-worn cameras for a group of officers in September of 2016. By the beginning of 2017, widespread use of the cameras had started.

News5 reviewed CSPD's body-worn camera policy, specifically in relation to when a camera can be muted or turned off.

The BWC may also be turned off or muted for the following reasons:

News5 asked if the conversations had between officers could be relevant in court, and would have reason to be recorded. "Whenever they're having conversations about how they're going to handle things, I don't know how that could be evidentiary," said Chief Niski.

He also said to record and store video from an entire shift would add up quickly. "That's not realistic. I mean, right now our data storage costs are upwards of $500,000 - $600,000 a year," said Chief Niski.

We asked when body-worn camera footage is reviewed by fellow members of the police department. "There's a possibility that the video will never be watched by anybody inside the department. An officer, before he or she writes a case report, can review it if they think they need to refresh their memory. If we have a internal affairs investigation, we can review it. We have asked supervisors, specifically lieutenants, to make sure that officers are turning on their body-worn camera and they can review it occasionally if they need to. But as far as somebody [reviewing] every minute of body-worn camera, that is not taking place here. That would be a daunting task," said Chief Niski.

Officers have been disciplined for improper use of their cameras, but Chief Niski said it does not happen that often. CSPD escalates their discipline based on prior practices and offenses, so the consequences could vary from officer to officer. Disciplinary action can include verbal counseling, a written reprimand, or a discussion with a supervisor.

Chief Niski told News5 their body-worn camera policy will not require many changes as a result of SB20-217. The biggest alteration will mandate all officers wear a camera. "Every camera's about $1,000. So, you're looking at about $250,000 up front. And then the storage for all of the data that we will be saving, because some of that data we save for up to five years... I'd be lying if I said I'm not concerned. There are costs to a lot of this legislation that we're going to have to figure out where that money is going to come from," said Chief Niski.

Chief Niski said they have had a handful of officers resign recently. One of them even resigned on the day we spoke with the chief. "Today's her last day, and she clearly said that part of the decision for her to retire was Senate Bill 217," said Chief Niski.

Chief Niski said one of their biggest goals is to improve communication with the community. "All of our employees are honored to serve you as a community. They're here to do that, they do it every single day. When they put the uniform on, they know that they're taking a risk for their own life to serve you as a community. I think they do it with pride. I think they're challenged right now, but they will continue to serve no matter what comes in front of them," said Chief Niski.

Another project Chief Niski mentioned addresses complaints about transparency, and a lack of easily accessible data online. He said a data manager will compile their data, and put it into a format that can be easily understood by the public. They will also develop a new website for CSPD, to make it simpler to maneuver. He hopes this new feature will help clarify how data is interpreted by the public. "I'm relatively confident that once the data gets out there and people can see it, not all of it's going to be great, I'm not going to give the perception I think everything's hunky-dory and that all that information is going to be great, it's not. But we'll be able to explain the data too," said Chief Niski.

Chief Niski said he wants the new website with accessible data up and running by the end of the year.