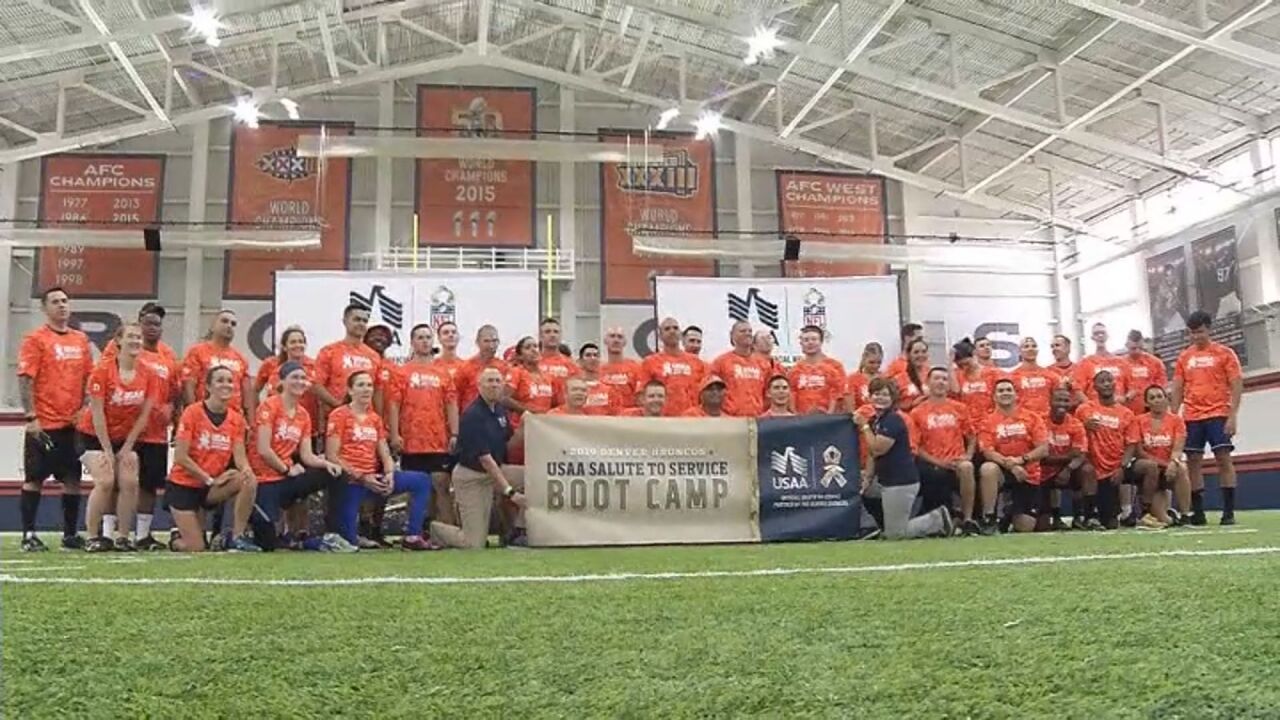 Copyright 2019 Scripps Media, Inc. All rights reserved. This material may not be published, broadcast, rewritten, or redistributed.
50 local military members participated in an NFL Combine type event at the Broncos Training Center Wednesday. 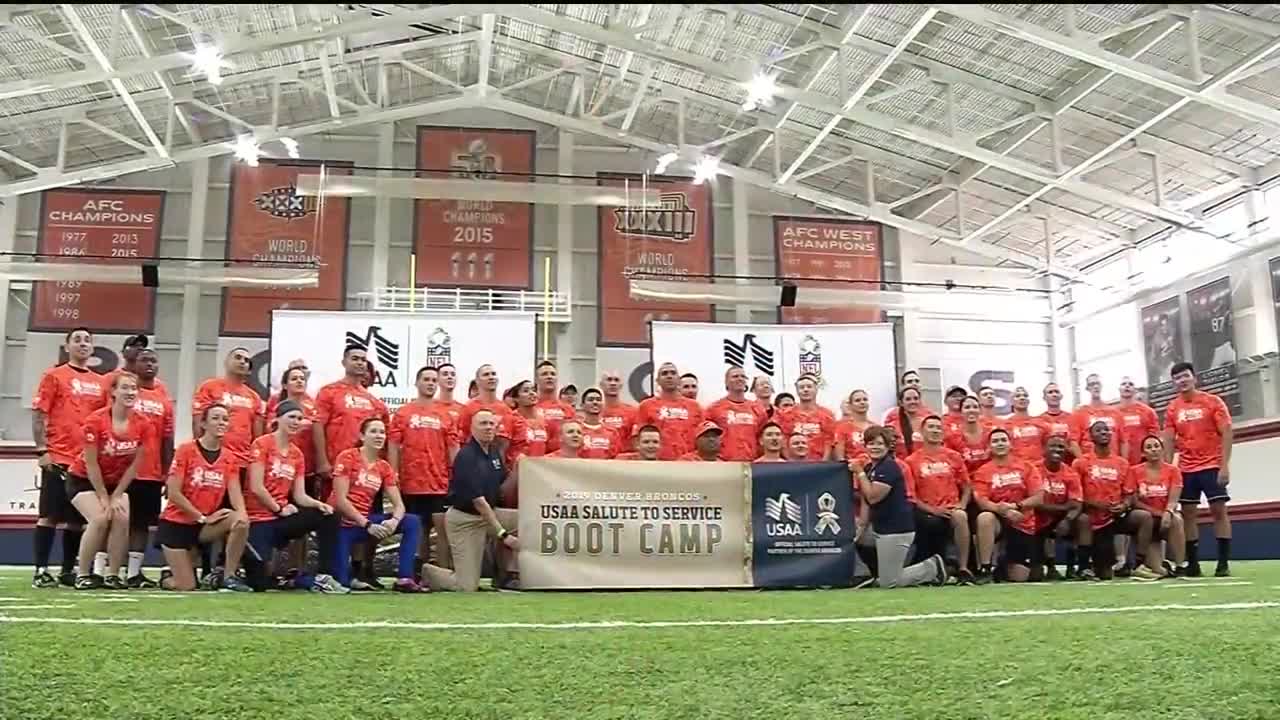 ENGLEWOOD - Boot camp is nothing new to the soldiers of Fort Carson, unless it's an NFL boot camp with the feel of a combine.

"I know some people in the military think they're world class athletes and we try and project that," First Lieutenant Pete Carbone said. "But it's humbling going through some of these drills."

As part of the USAA's Salute to Service Boot Camp, in partnership with the NFL and Denver Broncos, 50 local military members were given the opportunity to compete in drills such as the 40-yard dash, quarterback arm challenge, and cone drills Wednesday at the team's training center.

"It's a great opportunity, I'm a big fan of fitness, I go to the gym every day and I love challenges and this is really fun for me," Sergeant Joshua Bogia said.

The event featured a team-based contest, a special meeting with Broncos legend Ed McCaffrey, and all-access view of the day's practice followed by an autograph session,

"It was awesome, I liked the whole thing, from the beginning," Sergeant Johnathan Lucero said. "I got on it last minute and I jumped all over it because I've been a Broncos fan since I was a kid. I was really happy to come out here."

The winning team received tickets to the Broncos "Salute to Service" home game against the Browns on November 3rd.