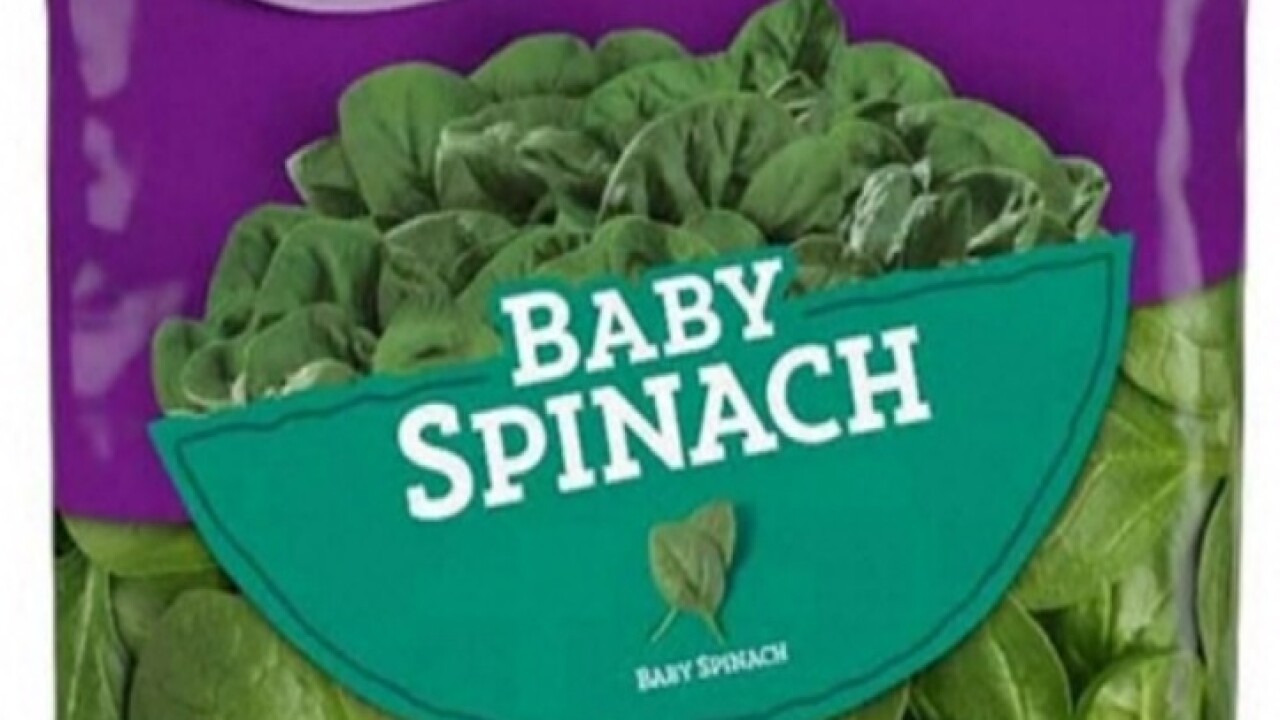 Dole Fresh Vegetables is recalling a limited number of cases of baby spinach due to concerns of potential salmonella contamination.

The FDA says the recall was issued after a random sample of baby spinach tested positive for salmonella by Michigan's Department of Agriculture.

So far, no illnesses have been reported.

Salmonella is an organism that can cause food-borne illness in a person who eats a food item contaminated with it.

Symptoms of infection may include fever, diarrhea, nausea, vomiting and abdominal pain. The illness primarily impacts young children, frail or elderly people, and others with weakened immune systems. Most healthy adults and children rarely become seriously ill after exposure to salmonella.