“I’ve made it clear that it’s not something that we’re considering as a state. So, if communities want to wear masks, they can implement that,” Polis said in a news conference Tuesday in response to questions about why there would be no statewide requirements.

Colorado Gov. Jared Polis says he will not put statewide mask mandate back in place

A consortium of public health and medical officials from Denver, the Tri-County Health Department, Boulder County, Jefferson County and Denver Health said in a news conference about an hour before Polis’s that the mask requirements being implemented this week in the Denver metro area are being done to avoid overwhelming the state’s hospital systems and because of a lack of action at the state level.

“When there are no state orders to protect the people of Colorado, it becomes crucial for us to work together in the metro area to put into place public health orders and guidances that are consistent and uniform whenever possible to create a safer community for all in the metro area,” said Jefferson County Public Health Executive Director Dr. Dawn Comstock – sentiments echoed by several of the other speakers. 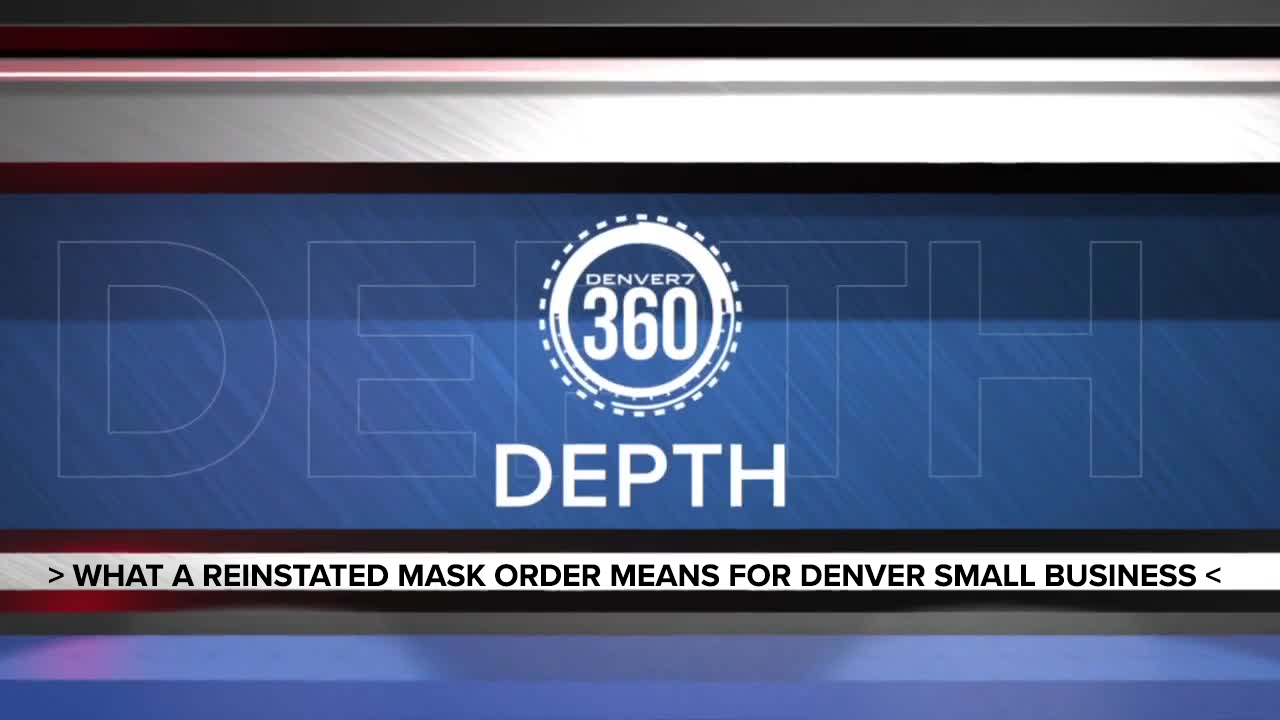 Tri-County Health Department Executive Director Dr. John M. Douglas said the Metro Denver Partnership for Health (MDPH), which is made up of most of the counties that are putting new restrictions in place, had been watching hospitalization numbers increase across the state and in the metro region in recent weeks and decided it was time to act now.

“We’ve acted many times to work together. Over the past week it became apparent we needed to do so again,” Douglas said.

Dr. Robin Wittenstein, the CEO of Denver Health Medical Center, said the hospital system “is on the brink of collapse” and that health care workers are at a breaking point as capacity stands around 5% across the state.

“The best solution would be for the entire state, and in fact, the entire country, to have a vaccine mandate,” she said. “…Absent the ability to do that, what this [local set of orders] will do is it will reduce transmission rates and will help, we believe, take some of the increases we are seeing and help reduce those.”

The public health officials and Polis both blamed the current hospital situation on the people who have at this point chosen not to get vaccinated against COVID-19. As of Tuesday, 70.2% of Coloradans ages 5 and up had received one dose and 63% were fully immunized, though kids ages 5-11 did not become eligible to get the vaccine until recently and lowered those numbers, which are higher among adults.

But at the county level, the metro-area counties and mountain counties by far outpace rural Colorado in terms of vaccination rates.

Among people ages 12 and up, who have been eligible to get vaccinated for longer, more than 80% of Denver residents are fully vaccinated. Other metro-area counties that passed new mask requirements are above 70%, but 30 counties in Colorado are still below 60%.

As of Tuesday, 84% of the 1,576 confirmed COVID-19 patients in Colorado hospitalized were not vaccinated despite unvaccinated people being the minority in the state.

Denver Department of Public Health and Environment Executive Director Bob McDonald said the metro area was stepping up despite having high vaccination rates, as patients are being transferred to metro-area hospitals from areas with much lower vaccination rates.

Polis said it was those peoples’ choice not to get vaccinated but that those choices were becoming a collective responsibility because of the hospital capacity issue. But he said, again, that because of the vaccines, Colorado is in a different place than last year when there were statewide restrictions in place and a mask mandate. And he said he would be leaving the decisions on those topics to local officials.

“We’re excited to work with every county across the state recognizing we are a very diverse state. And I have great respect for the county health departments in all parts of the state – whether you’re in El Paso County and Douglas County, or Denver and Jefferson County – and all have to function within the social license of the areas they have to represent,” Polis said. “I certainly support our local public health departments in helping to protect the health of the general public.”

He said he believed the state would be on track to add 500 surge beds to the hospital system by the middle of December and that Colorado was working to scale up monoclonal antibody treatments to be able to hopefully administer 7,500 doses a week.

Watch The State Debate on KOAA