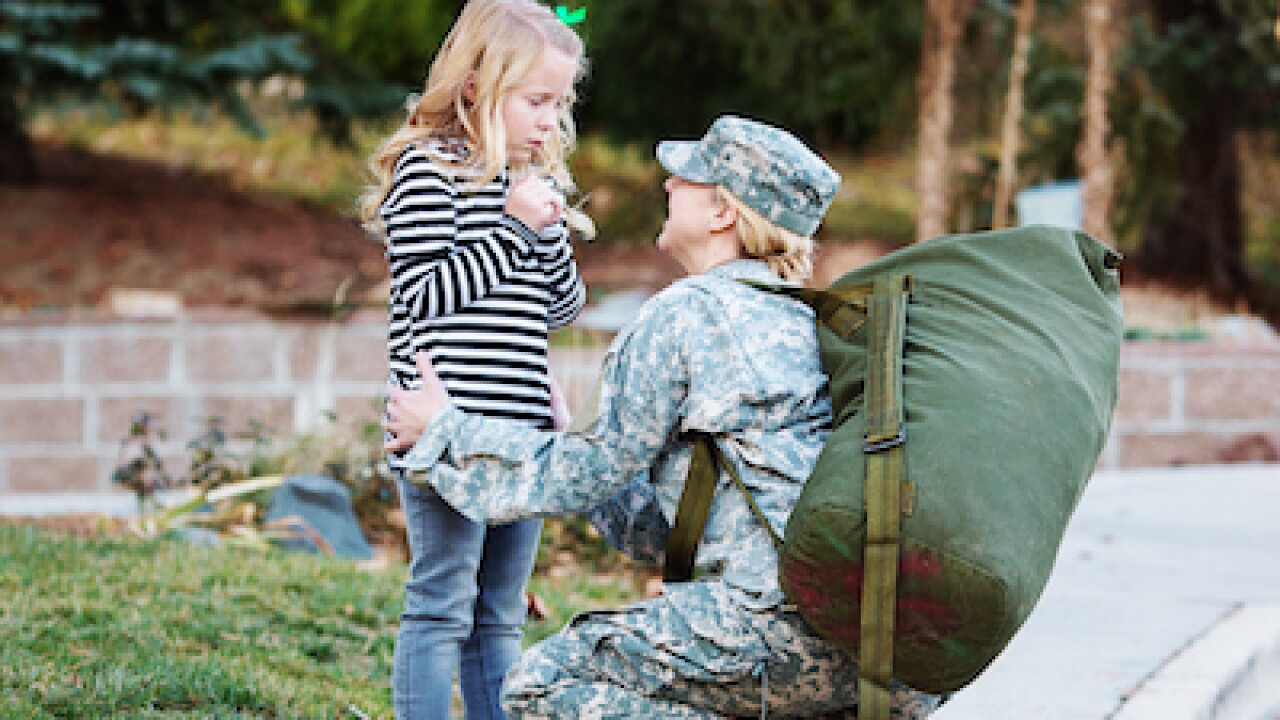 While serving in the U.S. Marine Corps, Erik Goodge was severely wounded during a deployment to Afghanistan. After returning home, the veteran became passionate about finances as he navigated his post-military life and benefits.

At the time of his service, however, he didn’t know nearly as much about personal finance. And he ventures many young deployers don’t know their financial options, either.

“It’s not a priority on the radar of a lot of service members,” Goodge says.

Here are five important money lessons all deployers — and their dependents — should know, as told by financial advisors and veterans.

1. Plan before you leave

While overseas or in a combat zone, service members don’t have much time to focus on finances, says Jim Ludwick, certified financial planner and founder of MainStreet Financial Planning Inc.

“Money really should take a backseat at that point, and so the pre-deployment preparation, whether the military person is single or married, is really important,” Ludwick says.

Ludwick, who retired from the Air Force, says arrangements should be made beforehand. Consider giving someone power of attorney over your finances. Automate payments such as your car insurance or mortgage before you leave and ask that person to monitor them so you don’t fall behind.

Deployments usually equate to more income, according to Goodge, who is president of uVest Advisory Group LLC in Indiana.

“Sometimes, depending on where the deployment is, there’s extra incentive pay that comes along with that deployment,” Goodge says. “There’s family separation pay. There could be hardship duty pay, hazardous duty pay, imminent danger pay. And that stuff generally is tax-free if it’s overseas.”

To maximize this extra income, take advantage of savings options, such as the Department of Defense Savings Deposit Program, Goodge recommends.

Members of the uniformed services who are serving in eligible combat zones can deposit a total of $10,000 during each deployment and earn up to 10% interest annually. Interest continues to accrue for 90 days once you’ve returned. Military finance offices can help set up such accounts.

Another way to save money ? Don’t let increased income cause increased spending.

“An easy rule of thumb that I’ve always told people is really try to keep your expenses to your pre-deployment levels,” Goodge says.

You may be able to decrease your monthly spending, according to Ashley Dixon, CFP, associate planner at Gen Y Planning. If you have a spouse or children, your family will likely spend less on necessities like food while you’re away, so put that money toward paying down debts more aggressively, she suggests.

Deployments will bring new costs. Get on the same page with your spouse and dependents about everything from care packages to international cellphone usage, advises Lacey Langford , an accredited financial counselor and Air Force veteran.

Ask questions so you don’t overbuy. How many tubes of toothpaste will you really need for six months? How many minutes are you willing to go over plan on your cellphone bill?

And what about your loved ones? Your family separation allowance could go toward things like lawn care or home cleaning to save them time, notes Arnie Cabiles, CFP, owner of Achievable Wealth LLC.

Throughout your service, ask for a military discount on food and travel, for example. Your spouse and family may be able to get these discounts while you’re away, Ludwick says.

See if there are any payments you can reduce or cancel during a deployment, recommends Dixon. Your auto insurance company may lower your premium if your vehicle is stored, or if there is one less driver.

Similarly, cancel subscriptions and memberships you won’t need while you’re away. Your deployment orders may help release you from some contracts, Dixon says.

“The service member is deployed to a foreign country in most likely bad conditions for a very long time, and they have given up a lot for a year,” Langford says. “So they feel like they deserve to get a brand new truck when they get back to the States.”

Langford says spouses who are left at home for a year may also earmark money for things they want. After a deployment of controlled spending, purchases can suddenly go through the roof.

To prevent this, plan the splurges you can afford to make when you get home.

“You deserve a lot of things, but you don’t deserve to cause yourself financial stress down the road,” Langford says.

This article was written by NerdWallet and was originally published by The Associated Press.