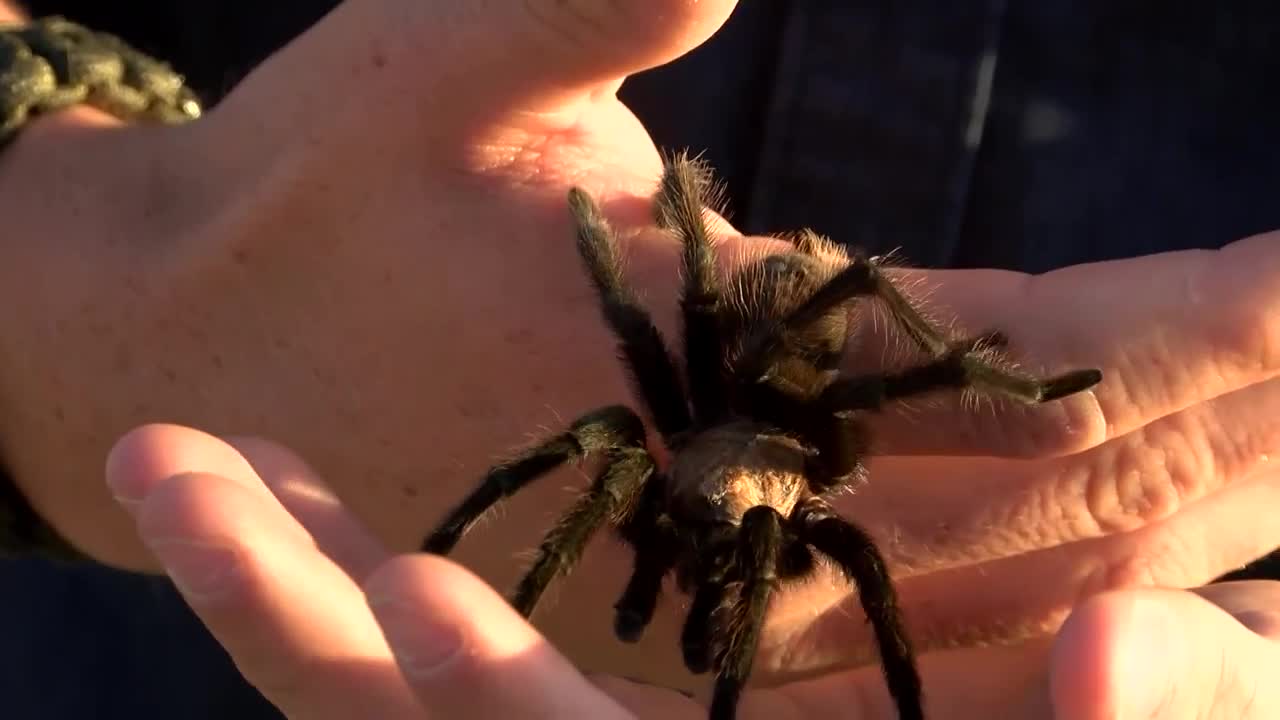 It's peak tarantula mating season in Colorado. If you're a bit squeamish about spiders, not a fan of 8 legs, or if the whole spider the size of your hand thing bothers you - don't worry, they are harmless. 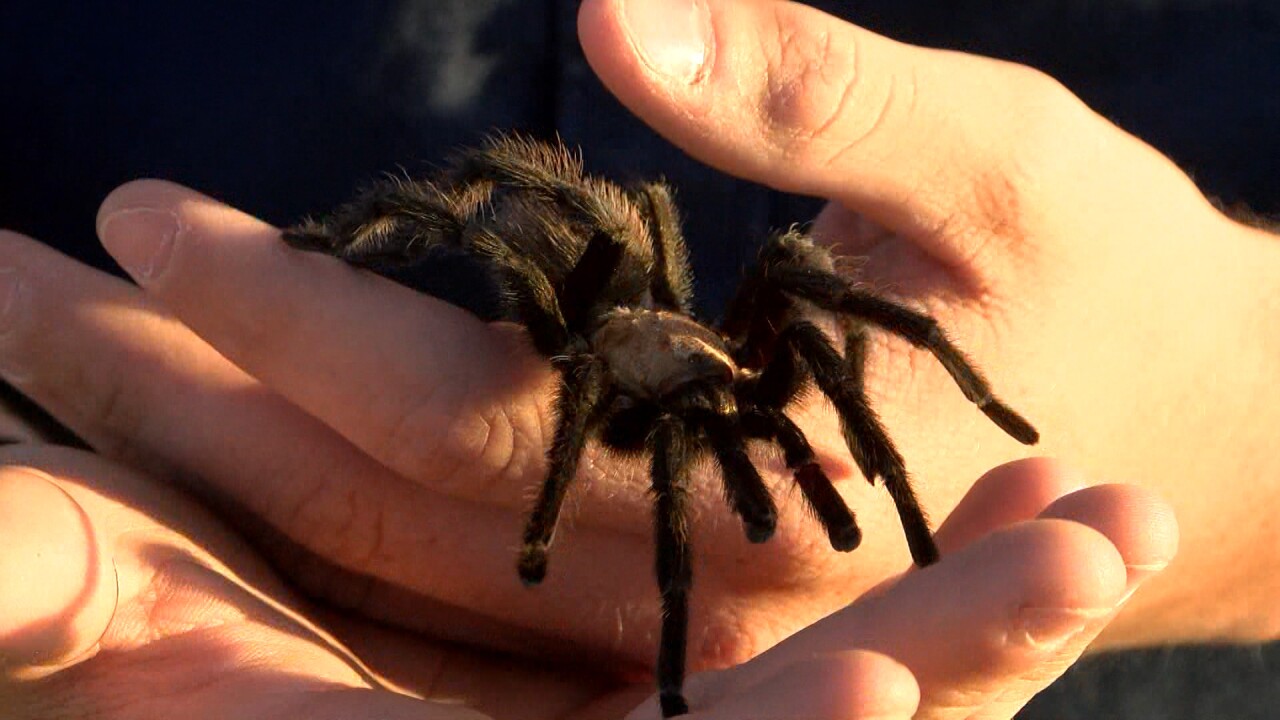 FALL MEANS TARANTULA MATING SEASON IN COLORADO — It's peak tarantula mating season in Colorado. If you're a bit squeamish about spiders, not a fan of 8 legs, or if the whole spider the size of your hand thing bothers you - don't worry, they are harmless.

In late August through October, the male Oklahoma Brown, Colorado chocolate brown, and Chamberlin tarantulas that call southeastern Colorado home, can be seen crossing roads or moving in large groups as they search for mates.

Experts say thousands of spiders are searching for mates to reproduce before they die. The males leave there burrows in search of females in their own burrows.

According to Whitney Cranshaw, an entomology professor for CSU, the species you're most likely to encounter is the Oklahoma Brown.

Tarantulas are the largest arachnid in Colorado. The species seen here range from light gray-brown to dark reddish brown in color. The Oklahoma Browns can measure as large as 1 3/8 inches or longer with a leg span that can reach 5 1/2 inches in some cases.

Many have had luck on roads south of La Junta, and experts say peak viewing times start about an hour before sunset.

The event is less of a migration and more of just an active period for the spiders, because they live in the same region of the state year-round.

There are other large spiders native to Colorado. Out west you'll find "mini-tarantulas" in the form of the Aphonopelma vogelae and Aphonopelma marxi, which are more black than brown in color, and smaller than other varieties.

According to Professor Cranshaw, the males can live to be about ten years old but reach maturity and are ready to mate around the age of seven or eight. After mating, males generally don't live too much longer.

Experts ask that you respect the tarantulas as you would any Colorado wildlife.