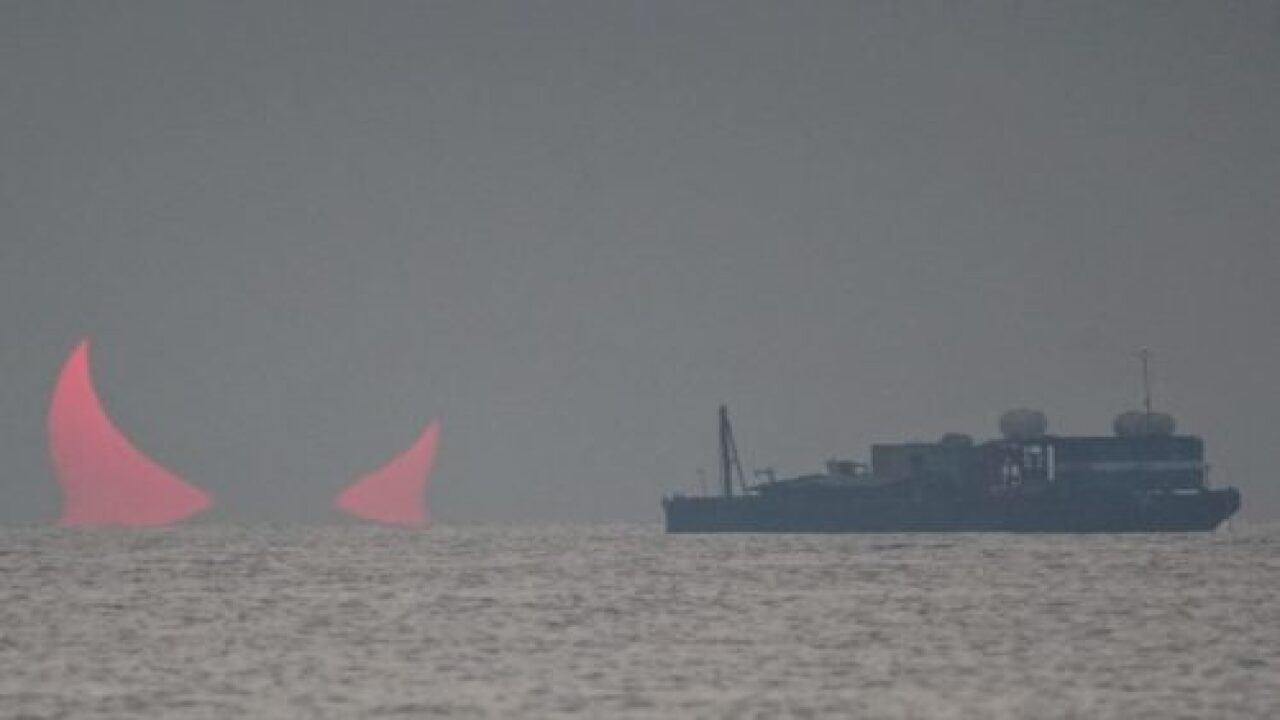 Nature can be downright spooky sometimes.

Whether it’s a red tide creating a neon light along a coast or a spider big enough to eat a possum — or, just spiders in general, now that we mention them — there are tons of creepy natural occurrences that happen every day. Even our beautiful sun can be eerie every now and then, as we recently discovered because of a viral image.

Photographer Elias Chasiotis took a trip to Qatar to witness 2019’s only annular solar eclipse, which took place on Dec. 26. An annular eclipse is also known as a ring of fire eclipse because of the bright red glow the sun gives off as it’s blocked by the passing moon. So, Chasiotis knew it would be a great opportunity for some stunning pictures.

He pulled out his camera and snapped away as the edges of the flaming sun came into view, seen shining over a ship on the ocean in the shot below.

However, the scene suddenly got a lot more dramatic when the moon’s position changed a bit, moving lower in relation to the sun’s burning visage.

At that point, Chasiotis captured the sun looking like a pair of bright red horns sticking out of the sea.

The amazing image was part of a now-viral post that Chasiotis made on Facebook on Dec. 27. In it, he shared his incredible photos and called it “the most awesome sunrise I’ve ever seen.”

He wasn’t alone in his admiration of the natural phenomenon, as his post has been shared more than 1,500 times since he first published it.

As you can see in his post, Chasiotis also caught a menacing photo of the eclipse as it was higher in the sky. In that photo, the partially blocked sun looks like a pair of white fangs appearing out of the sky and threatening a passing airplane!

I’m not sure which photo is creepier but I think the message here is to wear sunscreen.

Oh, and that nature is awesome!