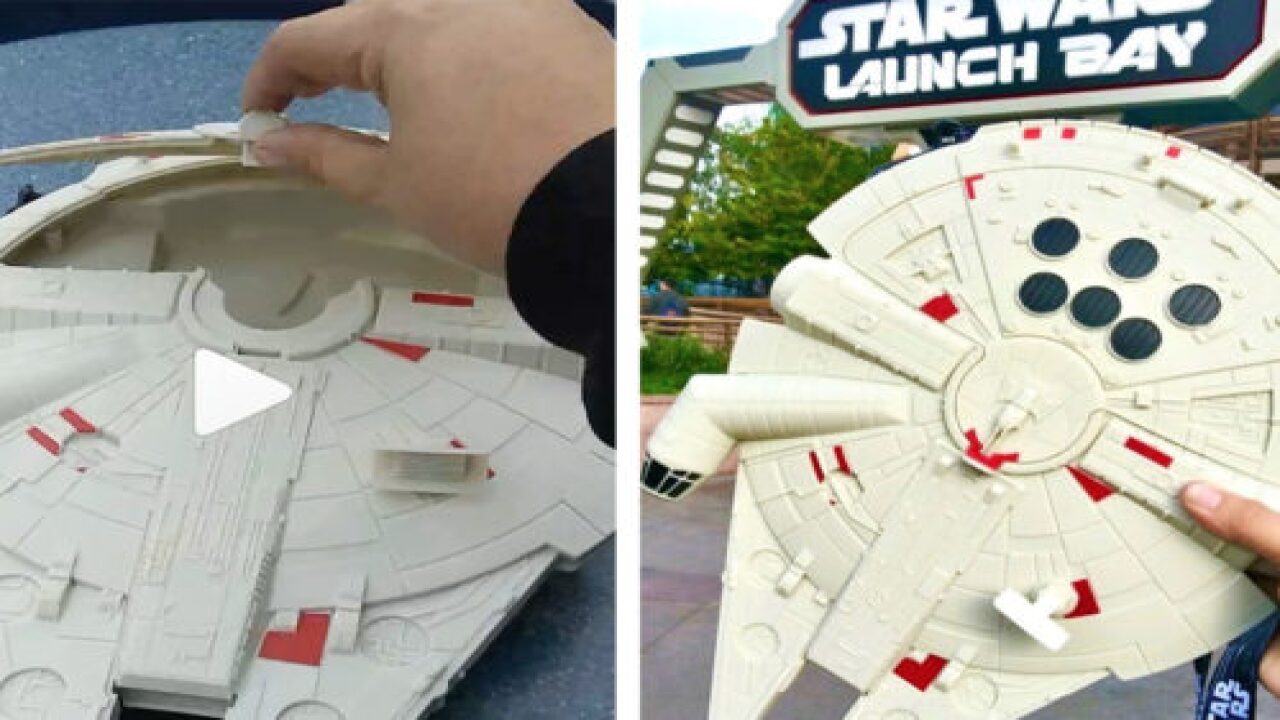 Now that Star Wars: Galaxy’s Edge is open at both resorts, it seemed only natural to expect something even bigger and better than before. Well, Disney did not disappoint with its new Millennium Falcon french fry/popcorn bucket. Because why use the galaxy’s most iconic ship for only one type of snack?

The very thought has our brains jumping into hyperspace.

Disney foodies started posting about this new development on social media faster than the Falcon completed the Kessel Run. AJ at the Disney Food Blog showed it off to her followers, whose minds were blown. If you scroll to the right in her post below, you can see a video of how the hidden compartments actually work!

Oh, hello ðð» Millennium Falcon FRENCH ð FRY ð BUCKET ð ð!!! Find this brand new food souvenir at Galactic Grill in Disneyland! It comes with French fries, and that’s cool. But the best part is it LIGHTS UP! Scroll to video for detail! Also note that you can (and should) mobile order this one ð¤

As you can see from the post, the Millennium Falcon fry/popcorn bucket is a sizable souvenir. And any smuggler’s ship should have some hidden compartments like those, right? The bucket even lights up along the back side of the ship!

It’ll set you back $24.99, but it’s actually a handy, multipurpose Disney keepsake: snack pack at the parks and totally cool display piece at home!

Instagram user @chessypin even got a photo of their cool snack holder next to the real ship!

AJ pointed out you can get the Falcon filled with popcorn at any popcorn stand in Disneyland’s Tomorrowland. But, if you want to go big and get the fries, you’ll need to put in a mobile order at the Galactic Grill in Tomorrowland. This is where you can use the official Disney app to pre-order your food at select restaurants at Disney parks while you are there. When you use the mobile ordering feature for the Millennium Falcon, it will come with a side of fries, sold separately and ready to smuggle into your ship!