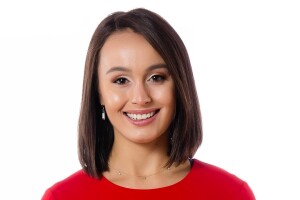 Colette Bordelon joined the News5 team in Summer 2019 as a Multimedia Journalist. Before coming to Colorado Springs, she covered news in Grand Junction for KREX as the noon anchor/producer and a multimedia journalist.

She's a graduate of CU Boulder with Bachelor's degrees in broadcast Journalism and Society and Values on a Philosophy track.

The San Antonio, Texas native loves the mountains of Colorado. After 6 years in the Centennial State, she finds it hard to imagine living anywhere else.

While in Grand Junction, her most memorable stories were covering the FBI's investigation into a funeral home accused of selling body parts around the world and giving families concrete instead of ashes, to a cold case which has been connected to Ted Bundy.

When not working, she's most likely enjoying hiking or yoga.