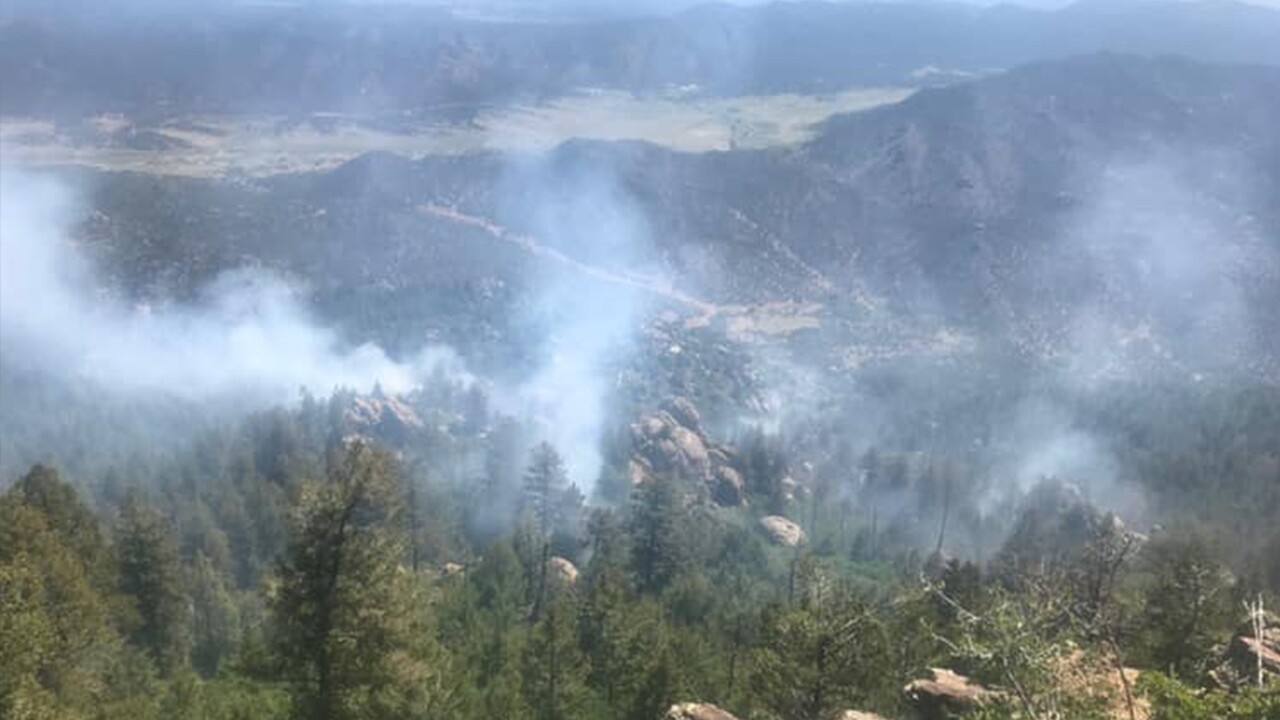 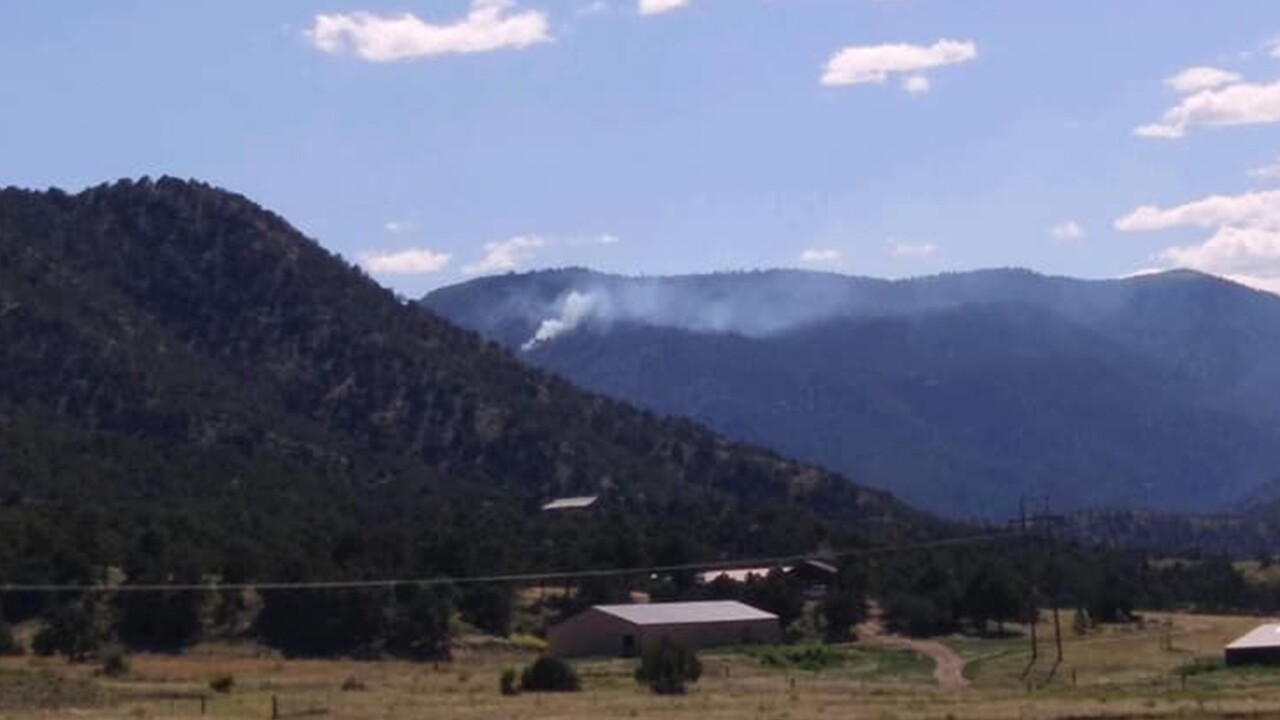 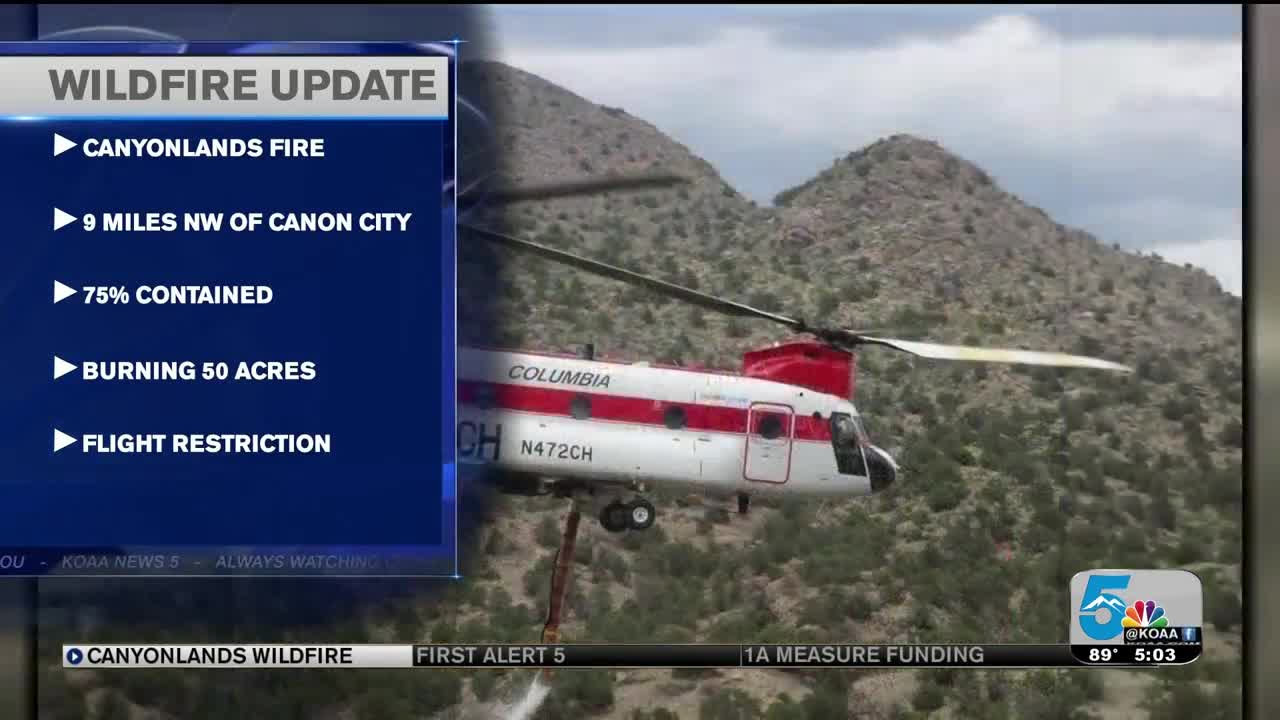 In their latest update, The Bureau of Land Management (BLM) said the Canyonlands, that's burning nine miles northwest of Cañon City, is now 75 percent contained. Authorities said the fire was started by lightning on July 9th.

The Canyonlands Fire has burned about 50 acres entirely on BLM lands. Authorities said no structures are currently threatened.

On Monday, firefighters got control of the fire around the northern perimeter and improved their line along the southern flank, according to BLM. Crews were able to replace the indirect line on the south flank of the fire with a direct line adjacent to the south edge of the fire. A Multi-Mission Aircraft (MMA) flew over the fire on Monday and pinpointed eight hot spots.

On Tuesday crews will mop up hotspots and work to further secure the perimeter of the fire. BLM said firefighters hope to fully contain the fire before the hot and dry weather that is predicted this week.

The San Juan and Wyoming Hotshot crews continue securing the fire line and remain camped on top of Table Mountain, with support from the Monument Helitack crew.
You can find the latest information on the fire here .