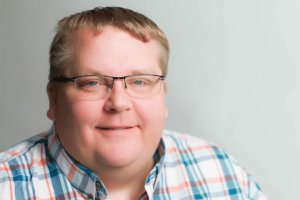 Chief Photographer Adam Knapik is a seasoned photographer with nearly 26 years in the industry. Born and raised in Detroit, Adam joined the News5 team in 2006.

Prior to News5, Adam worked for Royal Caribbean International aboard some of the largest cruise ships in the world while managing the in-house television systems. The experience took him all over the world, working with amazing people while appreciating adventures our world has to offer.

There isn’t much he hasn’t done, including covering local and national stories with an impact on the people of Southern Colorado. Among his favorites is a trip to the White House for an interview with President Barack Obama, covering major tornado damage in Oklahoma, and the destruction brought to the Texas gulf coast by Hurricane Harvey.

Being recognized by your peers is part of the business. Adam has been honored with 2 Emmys, an Edward R. Murrow for excellence, a Telly and numerous awards for outstanding work by the Colorado Broadcasters Association.

When not at work he volunteers his time at his childrens' school and enjoys being in the kitchen working on his next culinary creation for his wife and kids.