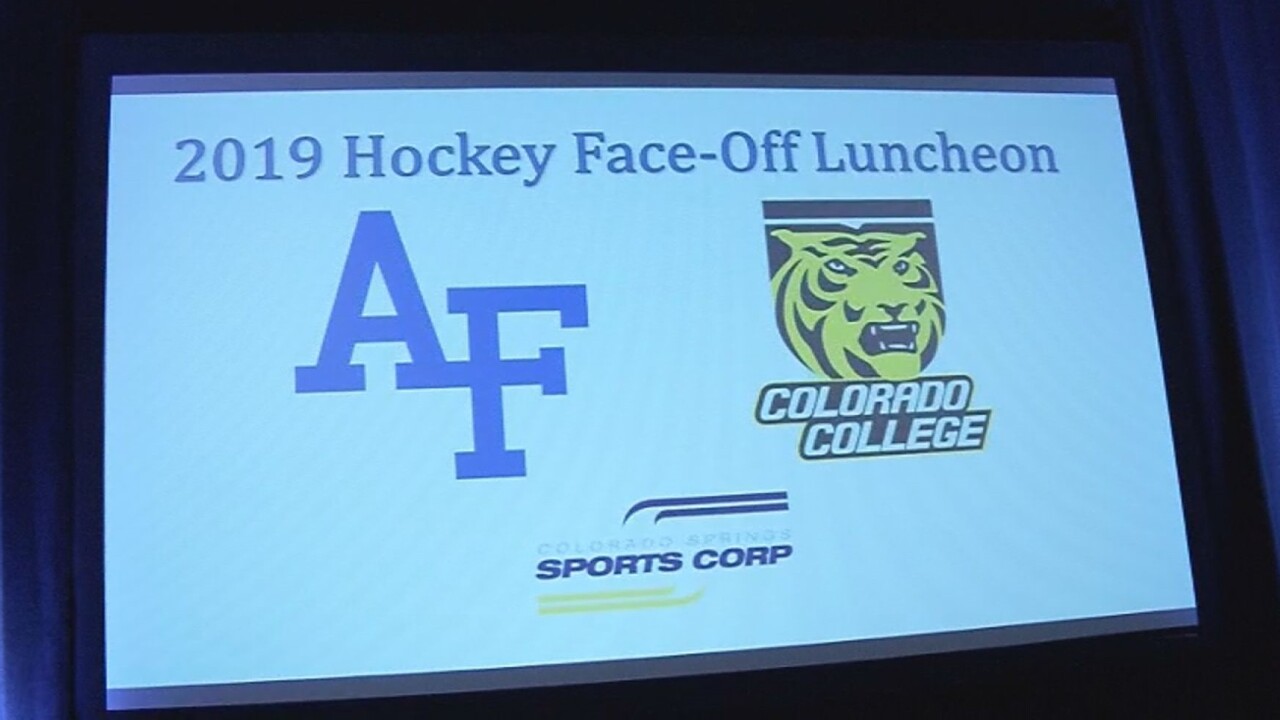 Copyright 2019 Scripps Media, Inc. All rights reserved. This material may not be published, broadcast, rewritten, or redistributed.
The Colorado College and Air Force men&#39;s hockey teams open their seasons this weekend against Trinity Western (B.C.) 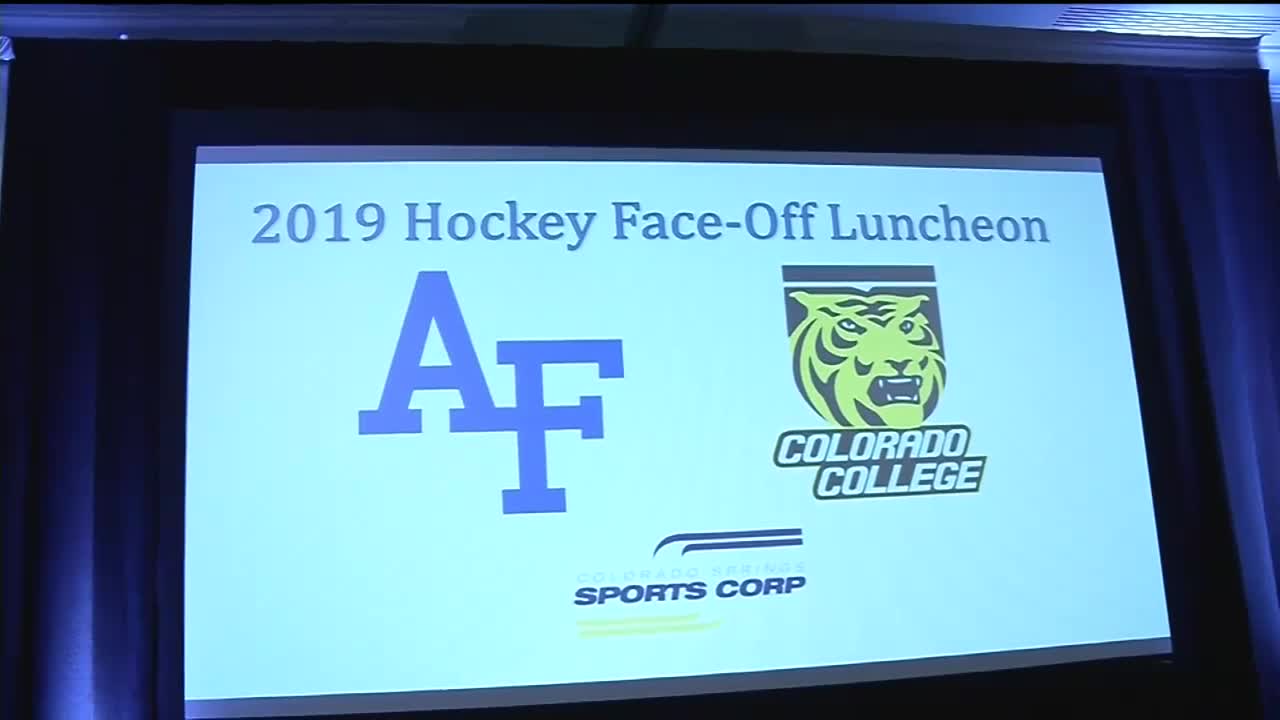 The Colorado College and Air Force men's hockey programs return to the ice this weekend.

On Tuesday afternoon, the 2019 Hockey Face-Off Luncheon at the Colorado Springs Marriott allowed both programs to unofficially kick off the 2019-20 season.

Both squads are relatively young but full of talent and they'll be on display this weekend as each will host Trinity Western (British Columbia) in exhibition contests.

"Our group this year, more questions than answers," Serratore said. "We had a group that wrote a great chapter in our history for the most part, those kids have graduated and we've got a new group. They're excited to have the keys to the car and get started."

"Anytime you start the year it's exciting and everyone starts with an undefeated record," Haviland said. "You're optimistic about your team and it's hockey season again. Super excited here, the guys have been going against each other for over a month and I'm sure they're pretty excited to play someone else."

The Tigers battle the Spartans Saturday night at the Broadmoor World Arena at 6:07 p.m. Meanwhile, the Falcons will meet the same team at the USAFA Cadet Ice Arena on Sunday at 5:05 p.m.