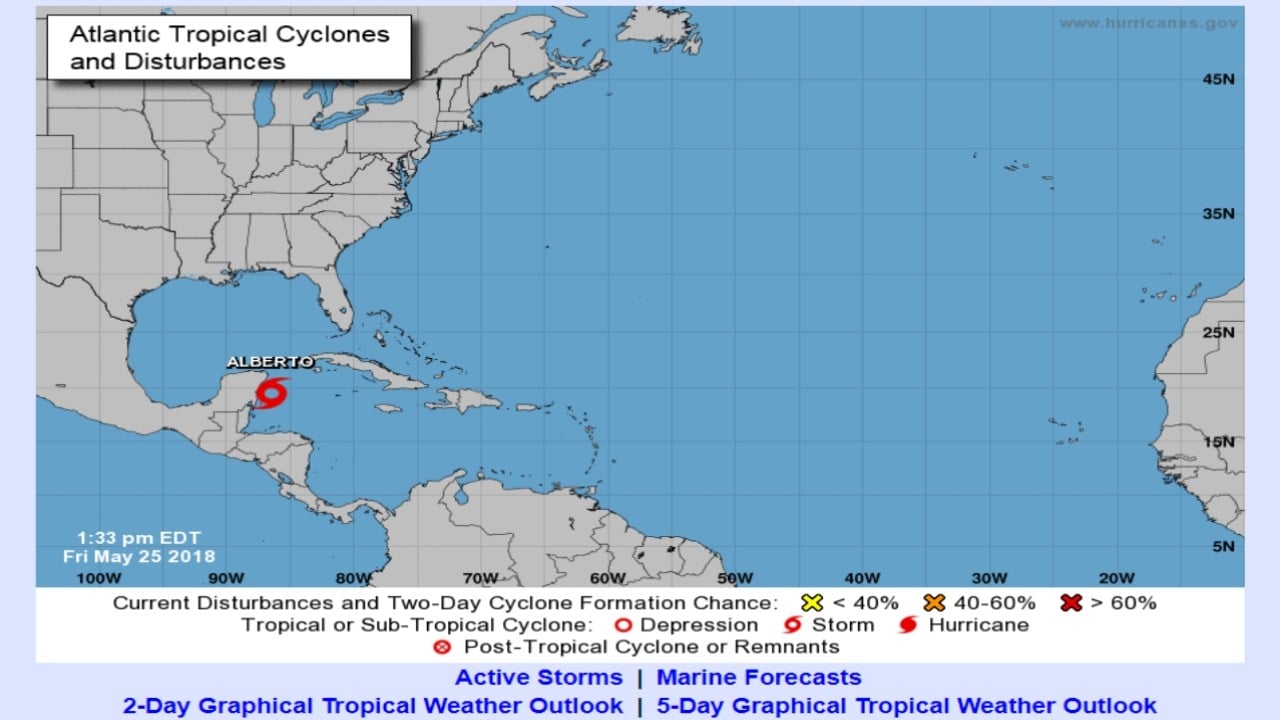 The first named tropical weather system of the 2018 hurricane season has formed. The National Hurricane Center says a disturbance moving toward the Gulf of Mexico is now Subtropical Storm Alberto.

Alberto had top sustained winds of 40 mph (65 kph) early Friday and was located 55 miles (90 kilometers) south of Cozumel, Mexico. The storm was moving north-northeast at 6 mph (9 kph). The storm is expected to bring heavy rain to the Yucatan Peninsula, western Cuba, Florida and the northeastern Gulf Coast throughout the weekend.

Forecasters say a tropical weather system moving toward the Gulf of Mexico is strengthening.

The National Hurricane Center said Friday that a low pressure system in the northwestern Caribbean Sea has become better defined overnight and could be a tropical depression or storm by Saturday.

They put chances of formation at 90 percent over the next two days.

The system sits east of the Yucatan Peninsula but moving northward. Forecasters say heavy rains are likely across western Cuba, much of Florida and the northern Gulf Coast into early next week.

There’s also a strong threat of rip currents from Florida to Louisiana.

An Air Force Reserve reconnaissance aircraft is scheduled to investigate.