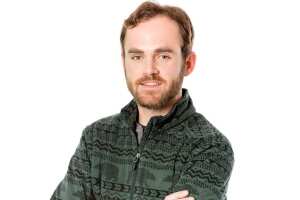 Prior to making the move into the news business, Tyler taught high school English for a year outside of Austin. He now calls Colorado Springs home with his girlfriend, Krista, a fellow native Texan who now teaches art at a local elementary school and their dog Kiya, a Yellow Labrador mix.

Tyler is a lifelong outdoorsman and hunter. He enjoys spending time in the wild and pursuing game, both big and small. The main draw the state of Colorado had for Tyler is the abundant opportunities to pursue large western game and the massive expanses of public land, which is not something abundantly available in the State of Texas. He is a dues-paying member of both the Rocky Mountain Elk Foundation and Backcountry Hunters Anglers.

Tyler says his most memorable assignments are covering the numerous Colorado wildfires in the Summer of 2018, as well as the closing of an iconic record store in San Marcos, TX, which he covered while in college.