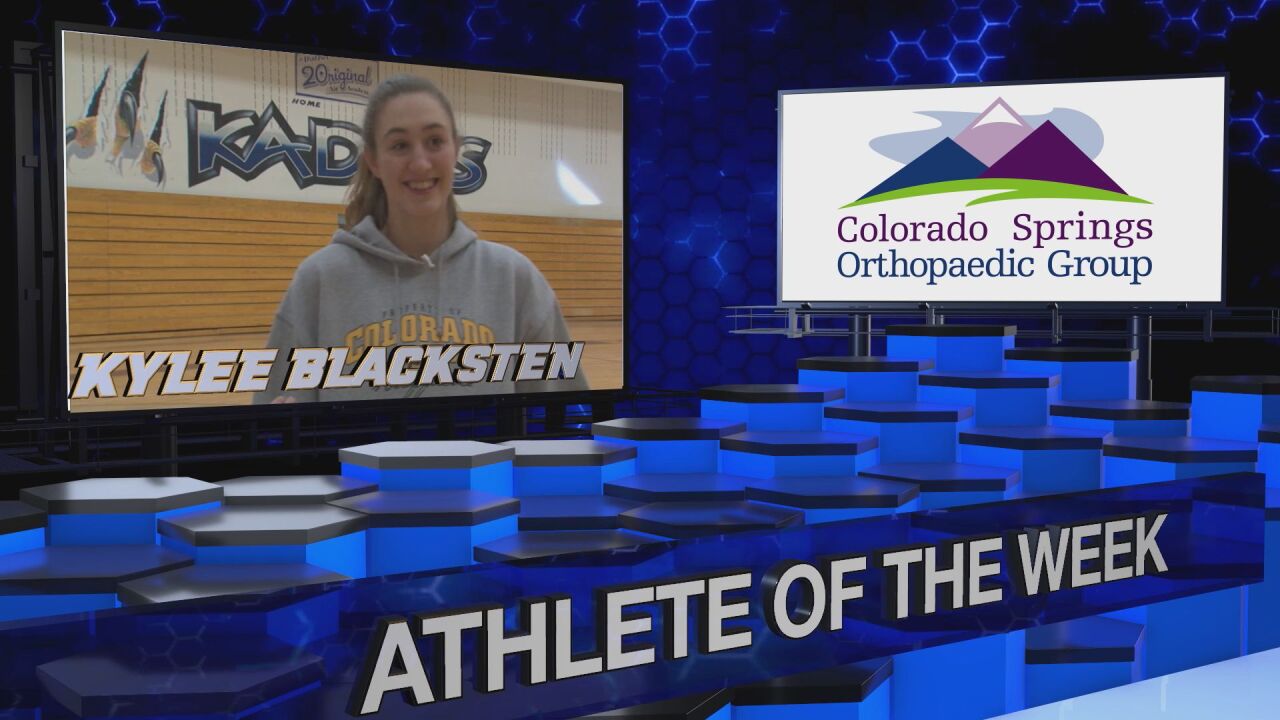 Copyright 2020 Scripps Media, Inc. All rights reserved. This material may not be published, broadcast, rewritten, or redistributed.
The Air Academy senior standout is set to play basketball at Colorado next year. 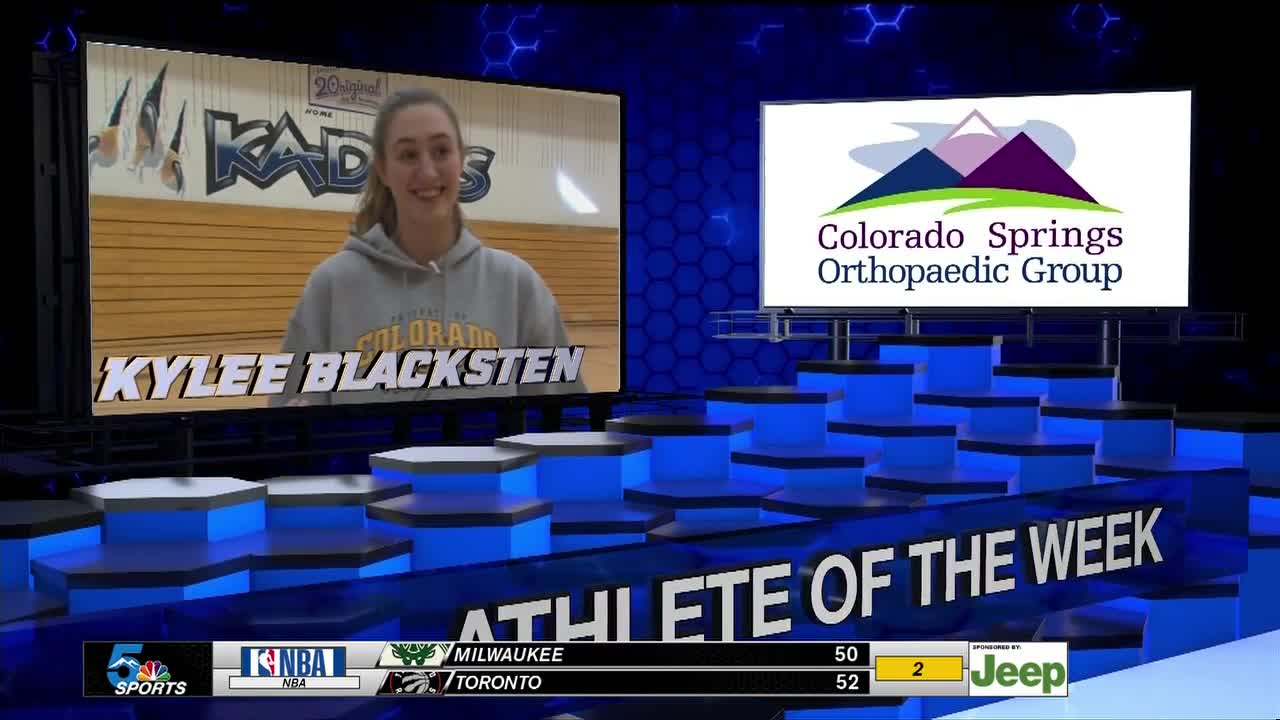 COLORADO SPRINGS — It's no secret, Air Academy's Kylee Blacksten is the catalyst for the Kadets success this season.

"We are a team, we have other parts, but there is no question Kylee is our engine," said Air Academy girl's basketball head coach Phil Roiko.

"It has come really quick,' added senior Kylee Blacksten. "I have not realized how fast it has been."

The lone senior's time with Air Academy is coming to a close. The Kadets are playoff bound thanks to Kylee's 15 points per game and her ability to score in a variety of different ways.

"When I was a kid, I was always a point guard," explained Blacksten. "When I came to high school, I grew and I grew. So then it came down to basically, how do I still be a guard with the height?"

After this season, the Colorado Springs native will not be going far as she is committed to the Colorado Buffaloes for the next four years. An honor she wears proudly.

"Like a lot of people now a days, will leave their home state," explained Blacksten. "I have lived here my whole life, so I wanted to stay and play for Colorado and everything it represents."

"Everything that she has been rewarded with, she has earned," added Roiko.

But for right now, Blacksten's focus is solely on the Kadets, as two years ago she led Air Academy to the quarterfinals and then to the semifinals last year.

So this year has to state or bust, right?

"That's what I want. I have an ongoing record here (to keep going)."