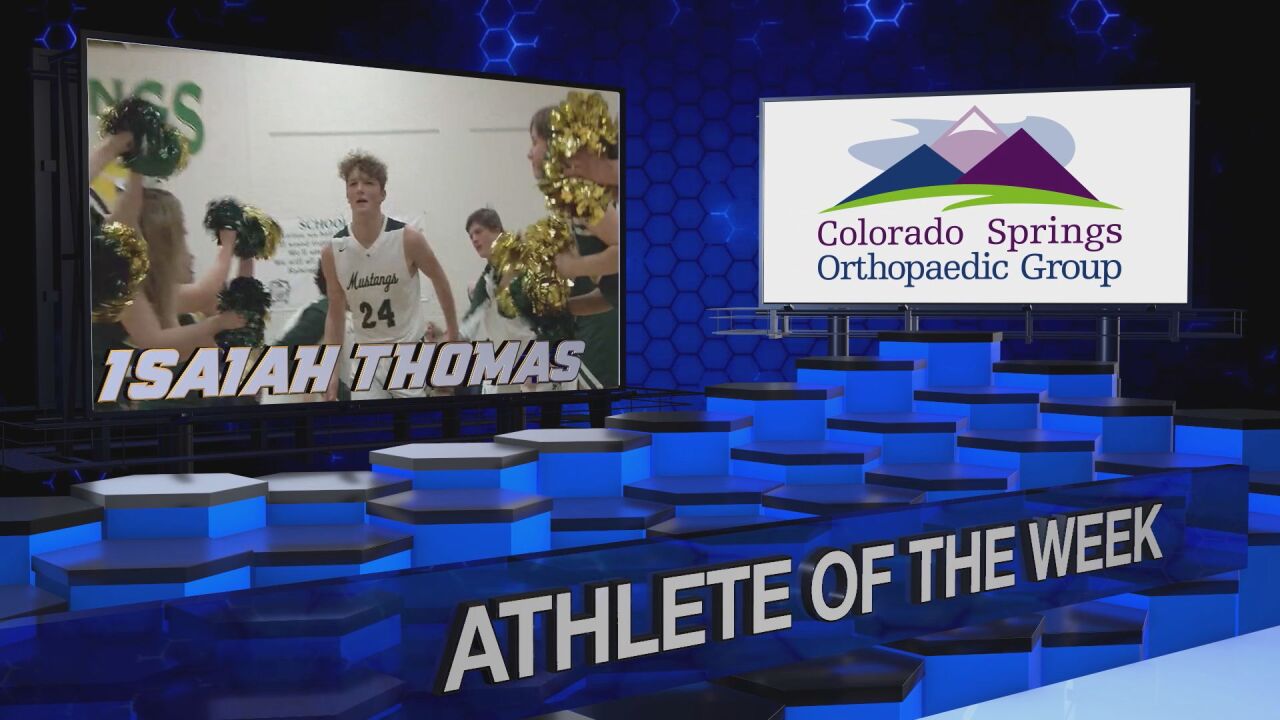 Copyright 2020 Scripps Media, Inc. All rights reserved. This material may not be published, broadcast, rewritten, or redistributed.
The Mustangs junior forward has been a key part to Manitou Springs 12-2 start 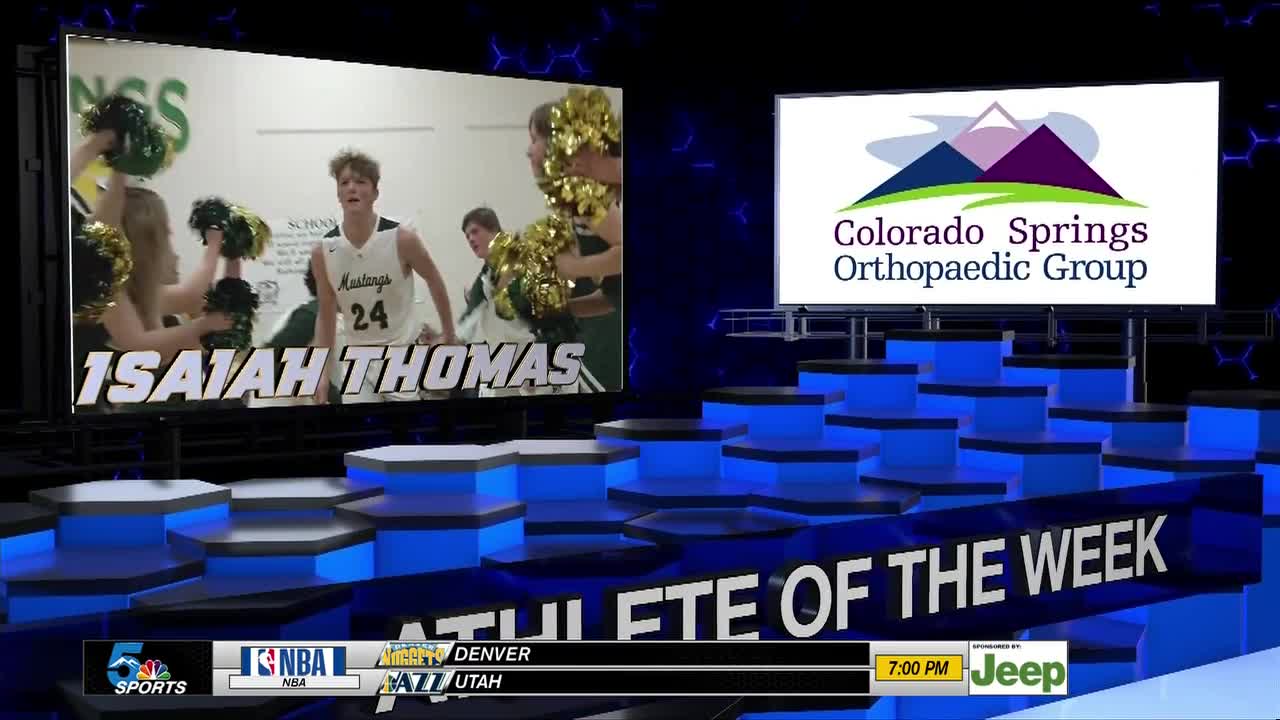 With a name like Isaiah Thomas, there's only one place to star: On the basketball court.

"I didn't start playing basketball until a little bit later, when I first started playing it became my favorite sport and I've been playing ever since," Thomas said.

The Manitou Springs junior has been an all-glue guy for the Mustangs surprising 12-2 start.

"Over the summer, we started for the first time, playing together, and we built really good team chemistry," Thomas said.

Averaging nearly 12 points per game, while playing great defense and adding solid veteran leadership, the 6'3" forward brings plenty to the table for the ninth-ranked team in Class 3A.

"Scoring, atmosphere, chemistry, he's all there, he just keeps everyone's heads up on the court and he scores a lot of points while he does it," junior forward Joah Armour said. "He's probably the most important player on the team."

Following an 11-12 season, the Mustangs have returned to form this year and have a chance to take home home the Tri-Peaks title after a 7-0 start in league play.

"We have a lot of good energy and a good chance to have a pretty good season," Thomas said.

Now can the Green and Gold also do something that hasn't happened since 1973, bring a title back to the basketball court of America's Mountain?

"We're definitely locking ourselves into a state position," Thomas said.

With No. 24 playing like a top talent, head coach Brian Vecchio's veteran group has their best shot in years.