DENVER – The Denver Broncos will see the field five times in the preseason in August.

The NFL released the preseason schedule for all 32 teams, Tuesday, confirming the Broncos will play the Atlanta Falcons on August 1st in the Hall of Fame Game in Canton, Ohio.

The Broncos have two games in primetime – the Hall of Fame game – and Monday night August 19th vs. San Francisco at Mile High Stadium.

Have a look at the rest of the schedule in the picture below: 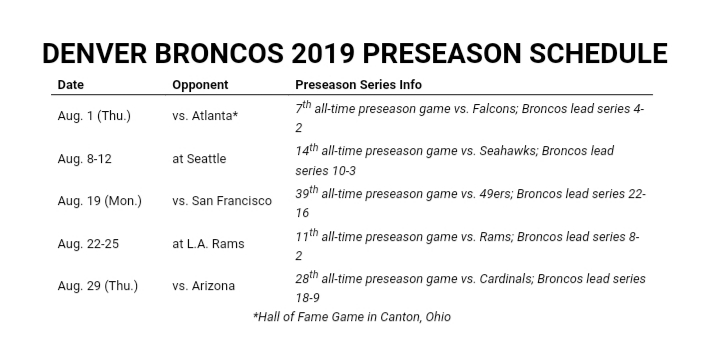 The Broncos 2019 regular season schedule will be released later this month, closer to the NFL Draft.