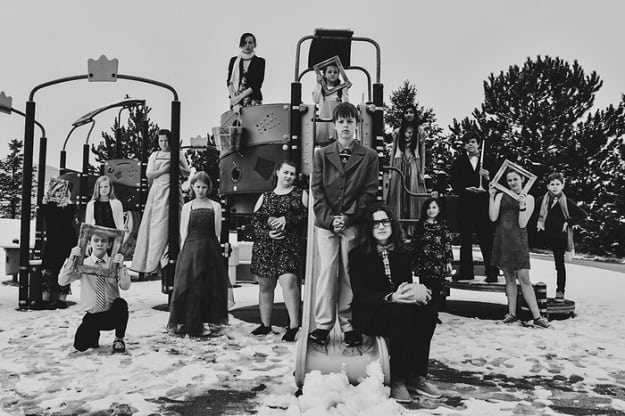 This June, the original musical “Jack” will offer a fresh take on the age-old topic of bullying. Originally launched last year, Colorado Springs Conservatory’s “moral musical tale” was so well-received in the community that it’s back and better than ever. This year, it features local students alongside three huge Broadway stars.

The local performance, which takes place June 21-23 at the ENT Center for the Arts, centers on a 10-year-old boy named Jack who is himself a bully. In a dream, he meets some of literature’s most famous Jacks, including Jack Horner, Jack Be Nimble, Jack and Jill, Jack Frost, and Jack and the Beanstalk. By the end of the story, we see Jack transformed.

“It’s been so powerful,” says Linda Weise, CEO of Colorado Springs Conservatory (CSC) and creator of the musical. “What inspired me is that it’s really challenging to find meaningful, relevant work for large amounts of children, and so the principle came about as a mechanism to engage as many kids as possible.”

This year, Weise teamed up with CSC alum, Broadway veteran and Tony Award winner, Josh Franklin, who breathed new life into the show with new songs and new characters. He also helped strengthen the show’s timely anti-bullying message by adding additional context about where bullying really comes from. We learn that Jack is struggling at home as he comes to terms with the fact that his parents are likely getting divorced, and that’s a major part of why he’s acting out.

“I am thrilled with what Josh has done to the original piece,” Weise says. “His incredible songwriting abilities have really elevated the score and flow of the story.”

“They’re all so good and have these incredible careers, but they’re also really, really nice people, which is a critical part of the culture here,” Weise says.

Last year’s performance of “Jack” garnered immense support around Colorado Springs. The local medical community deemed it a great educational tool for discussing bullying, mental health and suicide prevention. A version of the musical was adapted for thousands for elementary school students to help them engage with the topics of bullying, resilience and empathy.

Though the underlying message is important and meaningful, the show is ultimately entertaining, funny and uplifting.

“There are LOTS of shows for kids out there, but to be able to create something that’s brand new and engaging and relevant, that’s the sweet spot,” Weise says.

Tickets are available for purchase online here. Performances will be at 7 PM June 21-23, at the ENT Center for the Arts at 5225 North Nevada Avenue.

Founded in 1994, Colorado Springs Conservatory’s mission is to inspire, motivate and challenge all students to aspire to their highest potential as artists and as human beings through arts immersion studies and community arts advocacy participation. For more information, call (719) 577-4556 or visit ColoradoSpringsConservatory.org. 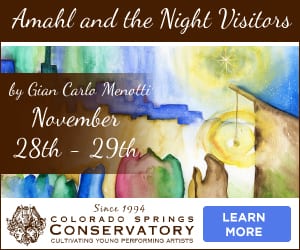