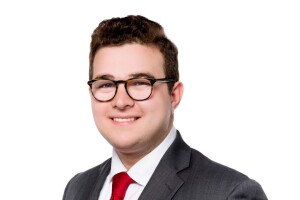 Spencer Humphrey is a Multimedia Journalist for News5, covering events across southern Colorado. Spencer graduated from the University of Missouri School of Journalism with a Bachelor of Journalism. While in college, Spencer was a reporter and anchor for KOMU 8 News, the NBC affiliate in Columbia/Jefferson City, Missouri.

During his time in Missouri, Spencer covered a presidential visit, record-setting floods, and an EF-3 tornado that struck the heart of Jefferson City. Spencer’s work helped him become one of five winners in the Television Category for 2019-2020 Hearst Journalism Awards program, a prestigious national competition for emerging journalists.

A native Texan, he was born and raised in the Dallas-Fort Worth Metroplex, and always wanted to become a broadcast journalist. In school, he took part in student media, eventually becoming an editor for his high school’s newspaper.

Spencer is an Eagle Scout, and has fond memories spending weeks in the Pikes Peak region as a Scout growing up. Now that he’s living in the region full time, he’s excited to find a new adventure in nature each day.

He can’t wait to tell your stories, southern Colorado! He’s always open to your ideas, feel free to reach out to him 24/7!