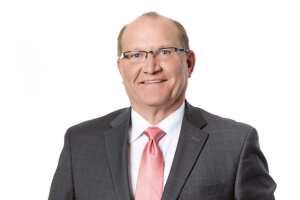 Rob Quirk is an Emmy award-winning broadcast journalist. He has been the primary weeknight news anchor at News5 for nearly 30 years. Rob says that he is honored and humbled to have been able to bring the most important stories of the day to our News5 viewers, to act as an advocate for them, and work with them, in developing a partnership and relationship that has kept News5 the number one source of news for all of Southern Colorado.

He has been involved with the production and reporting of many important and historic stories and events across Southern Colorado since 1989. His anchoring, reporting and producing have won numerous awards with the Colorado Broadcasters Association and the Associated Press. Including a one-on-one interview with President Obama at the White House, the Waldo Canyon and Black Forest wildfires, summer of 2013 flash flooding, the Aurora theater massacre, Columbine, and the federal trial of Oklahoma City bombing suspect, Timothy McVeigh.

Rob is also very involved in numerous causes across Southern Colorado that are very close to his heart, most notably, the Multiple Sclerosis Society Walks in Colorado Springs and Pueblo, which have raised hundreds of thousands of dollars for those families struggling with M-S.

Rob was awarded Broadcast Citizen of the Year, in 2000, by the Colorado Broadcasters Association, for all of his volunteer and community service work.

Rob is a graduate of Arizona State University. He lives in Colorado Springs with his wife of nearly 35 years, Jackie. They have two daughters, Molly and Alison. Rob is originally from Lockport, New York, and is the 4th of 9 children.

Rob is very active outside the newsroom. Enjoying the beautiful trails and mountain vistas of Colorado. Hiking, skiing and golf are some of his recreational passions. Also a big sports fan, Rob follows our Colorado College Tiger hockey, and all Air Force Falcon sports.