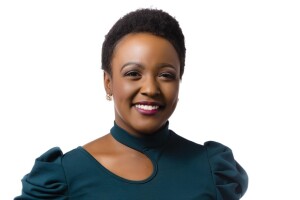 Renae Skinner is thrilled to be back in her home state of Colorado after spending several years reporting and anchoring in other states.

Renae is nosy, loves to talk a lot, and enjoys meeting new people - all traits befitting a journalist! The Denver native has always possessed a passion for journalism.

She received her Bachelor’s degree in Broadcast Journalism at Langston University, the only Historically Black College in Oklahoma. From there, her career has soared. She landed her first reporting job at KXXV-TV in Waco, TX. From there she's worked in upstate New York and Mississippi.

One of her most memorable assignments was covering the February 2019 devastating tornado that ripped through the city of Columbus, Mississippi. She was one of the first reporters on the scene, bringing viewers striking images of the damage left behind.

From severe weather, to tax issues, and education, Renae has covered it all! She is dedicated to bringing viewers the stories that matter in the community. Renae has won awards for her hard work, including an Associated Press Award for her reporting.

When she’s not chasing after the big story of the day, Renae enjoys volunteering, going to church, spending time with family, and shopping (thrift store shopping in particular.)

Renae jumped at the opportunity to trade in her "Southern Comfort" for a mountain view! She loves her home state and the friendly people who represent it! If you ever want to chit-chat about Colorado weather or share a news tip, give Renae a shout! (Or tweet).