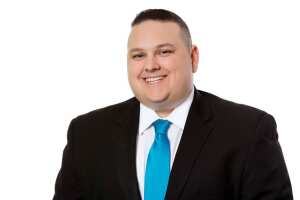 Investigative Reporter Patrick Nelson has spent more than a decade working in newsrooms across the country with stops in Wyoming, Texas, Wisconsin, California, and right here in Colorado.

During that time Patrick was awarded a Northern California Regional Emmy Award and has spent time working as an investigative reporter, morning reporter, and even sports anchor.

You may remember Patrick from his work during the Waldo Canyon Fire back in 2012 appearing on CNN during national coverage of the devastating wildfire.Patrick thrives in breaking news situations and is a member of the News 5 Investigates team.

He’s motivated by the opportunity to produce hard-hitting investigations that get results. He believes those are the stories that help our viewers and strengthen our communities. During his career, Patrick has covered some of the biggest national news stories in recent memory including the Las Vegas Massacre, Aurora Theater Shooting, and wildfires in Colorado and California that displaced thousands of families.

His hometown is San Diego, California where his parents, brother, and sister still live. In 2005, Patrick left to attend the Murrow College at Washington State University and never looked back. Graduating from WSU in 2009, Patrick still waives the flag for Cougar athletics and is never afraid to give a “Go Cougs”.

Patrick’s favorite things about Colorado Springs include living so close to the gorgeous mountain backdrop, the great local sports scene, and the influence of our brave military men and women in the community.