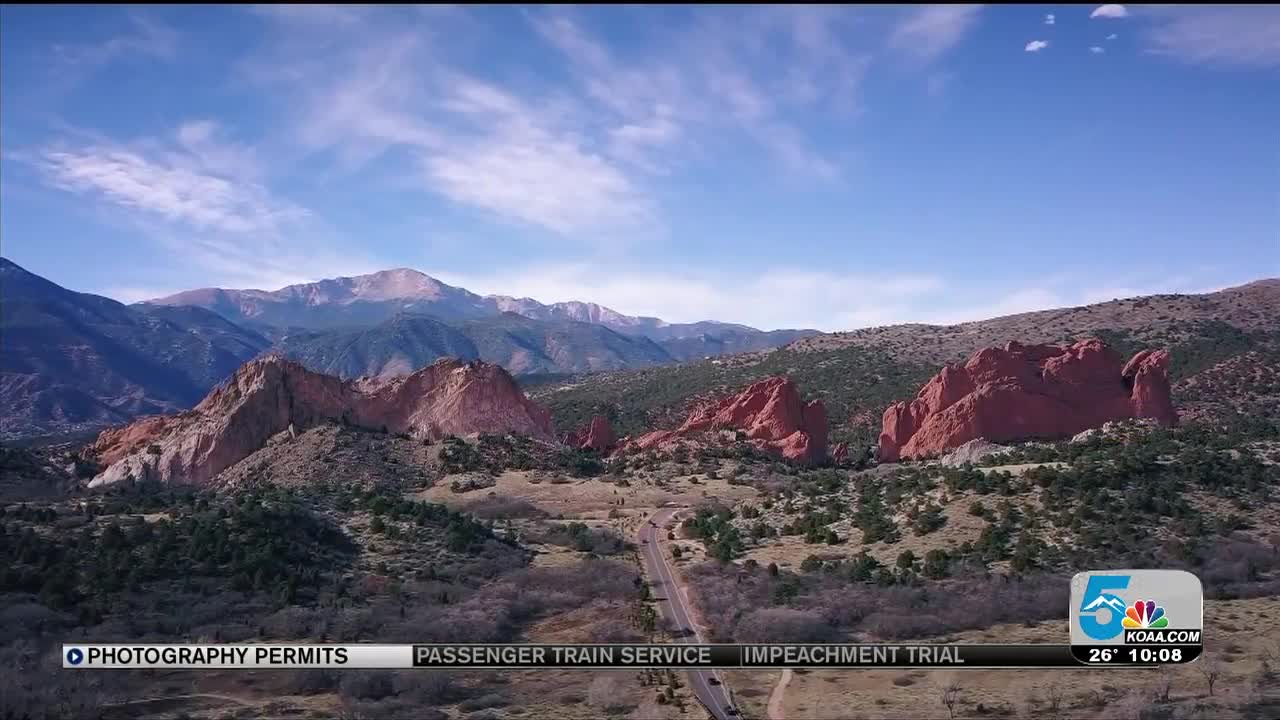 Professional photographers are upset over a plan to charge a $500 fee to take pictures at Garden of the Gods, but it might not end here. The plan appears to have been developed behind closed doors with no input from city council. 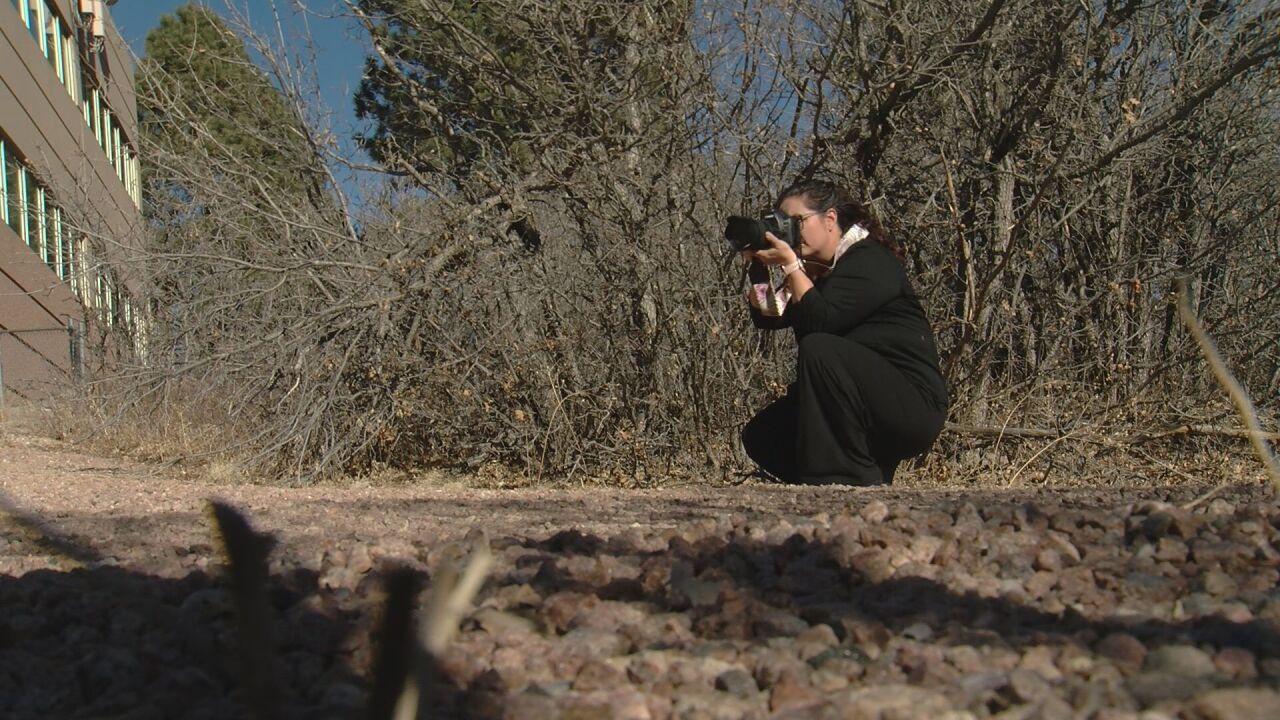 COLORADO SPRINGS — Professional photographers are upset over a plan to charge a $500 fee to take pictures at Garden of the Gods, but it might not end here.

The plan appears to have been developed behind closed doors with no input from city council. Some photographers we spoke with are saying in addition to the $500 proposed annual fee, they were told they may have to pay an "application processing fee".

Local photographers we interviewed this week are calling for better transparency.

"We want to know where the funds are going to go and how they came up with that number," photographer Amanda Roberts said Tuesday. "$500 per photographer (means) they're going to make a lot of money and we're just trying to survive and we feed into the local economy."

A group of professional photographers who take wedding and reunion pictures are voicing concerns over a city plan to charge an annual fee if they want to take pictures at Garden of the Gods.

It's a plan we now know was never addressed with city council and members of the pubic feel they were left in the dark.

"There was no public meeting about this and no town hall," photographer Callie Riesling said. "For what we know, none of our elected officials have been involved in this and that's why we elect them so they can speak for us."

A spokesperson for city council said Wednesday that they're working on obtaining information, just like we are doing.

One photographer told us that in addition to the $500 annual fee, she was told she may have to pay a $50 application fee.

"If we're going to pay it and we have to, we will because we are professionals, but I'd like to see the actual breakdown of how they came up with that number which is more expensive than anywhere in the state," Roberts said Tuesday.

The city has avoided questions and refused to make any city official available to talk with Chief Investigative Reporter Eric Ross.

However, the Park, Recreation and Cultural Services Director did approach one of our photojournalists on an unrelated story Wednesday morning to offer a comment on this story.

"All the revenues that are coming back from that will come back through the visitor and nature center and the foundation and go into the park operations and maintenance of the Garden of the Gods," Karen Palus said.

Still, we don't know details on what prompted the fee discussion, how the plan will be implemented and enforced, and what specific park operations and maintenance projects the money is needed to fund.

"We're anxious to hear back from them (the city) too because we've been calling to get some clarity," Roberts said.

It's unclear whether these fees have been or will go in front of the Park Board, but a spokesperson for city council says this matter does not have to go through them in order for it to be implemented.

The City is now accepting feedback on the proposed permit structure which could impact professional photographers who take pictures for events like weddings and reunions.

You can read and watch our original 10 p.m. broadcast report that aired Tuesday night here .

Lack of transparency from the City of Colorado Springs:

Chief Investigative Reporter Eric Ross emailed the City Communications/Public Relations office on three separate occasions Tuesday to request an on-camera interview to go over the proposed fees for professional photographers. We also called the city's main communications line and left a voice mail Tuesday which was not returned.

At first, a city spokesperson said via email that no one was available to talk Tuesday about this story. After receiving that response, we requested to set up an on-camera interview Wednesday.

Chief Communications Officer Jamie Fabos then replied by saying it would be premature to set up an interview and that the plan to implement fees had not yet been finalized.

We requested clarification on what needed to be finalized and referenced the fee schedule posted on the city's web site, a new "commercial permit" sign posted in Garden of the Gods along with an email a city employee sent a local photographer explaining the fees. We also sought an explanation from Fabos on photographers who had told us that park rangers were already chasing people off if they didn't purchase a permit.

"I just answered you," Fabos replied. "No need for me to repeat it."

That's false. To-date, Fabos has not addressed that portion of our inquiry. You can review the email chain by clicking here .

In the course of researching this story, we heard from photographers who said the City not only was going to charge a $500 annual permit fee, but require a $50 application fee to process the permit fee.

"We're hearing from photographers that in addition to the $500 commercial photography fee proposal, there is discussion over an application processing fee of $50 to obtain the permit," Ross told Fabos. "Please let us know if that is not correct."

Fabos did not dispute the fee, and instead, sent an email back saying she was "disappointed" with our reporting and called our story a disservice to our viewers.

Despite asking for fee and permitting information for the proposed fee photographers are upset about, the City sent us data for commercial photography, which was not clarified until Wednesday.

"This permit is required for any commercial still or video photography in a City of Colorado Springs public right-of-way or City park that advertises or markets a product, service, event or destination; real estate photography; non-editorial print or television media' or other commercial uses," city spokeswoman Vanessa Zink said via email. "This does not include photos or video projects where the final product is for a customer's personal use, ie. includes weddings, engagement photos, graduation photos, etc. To be clear, that specific use does not require a permit at this time."

Q: What are the fees for commercial photography?
-Application processing fee: $25
-Garden on the Gods Park- $500/day
-All other parks- $250/day

Q: What is the proposed photography permit cost?
"There is a proposed permit for professional photographers who make money from taking photos in the park, including wedding, engagement, graduation, etc. photos for the end user's personal use," Zink said via email. "Again, to be clear, this group is not currently required to have a permit. The full structure for this proposed permit is not yet fully developed or implemented. The permit fee under consideration for this use is $500/year and will include all city parks, including Garden of the Gods. A photo permit for City parks not including Garden of the Gods Park is proposed to be $250/year."

Q: How can the public provide feedback on this topic?
The city says you can send an email to Events@ColoradoSprings.Gov.

Q: What official on-the-record information have you received from the City?
We received this statement on Tuesday , followed by this information Wednesday .

Q: Did the City ever grant an interview?
The City has not granted Chief Investigative Reporter an on-camera interview to ask questions. However, Karen Palus, the Parks, Recreation and Cultural Director for the City approached one of our photojournalists working on another story and did offer a comment on this matter.

"Joe (Channel 5 photojournalist) was at the game changer event and was able to speak at length with Karen on camera," Fabos said.

This is also not accurate. The "interview" was less than 3 minutes in length and still does not address many of our questions. You can watch the interview in its entirety here.

Q: What questions remain unanswered?
(1) Photographers say some park rangers are already chasing off professional photographers for not having a permit which the city says isn't required yet. Why would this be happening?
(2) Photographers say that they've been told they have to pay an application fee in addition to the proposed permit fee. We're getting conflicting information about the proposed cost. One person told us $50 but current "application processing fees" on the city's website for commercial photography permits show $25. What is the proposed cost (if any) for the application processing fee?
(3) Despite a city employee telling a photographer via email that the permit fee is $500, the City says the plan isn't finalized. What portion of this plan hasn't been finalized?
(4) We're hearing that this proposed fee schedule hasn't been addressed with city council. Why?
These are just a few of the questions we'll keep pressing for answers on, including the plan to implement and enforce these proposed fees.

As always, if you have a problem or issue you'd like News 5 Investigates to look into, send an email to News5Investigates@KOAA.com.